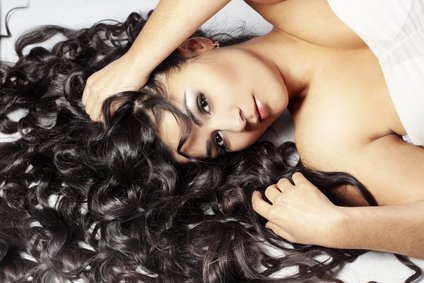 Having strong and vibrant hair nowadays seems to be almost everyone’s wish.

Although it is quite possible, it can be hard given the modern world we’re living in. With the presence of endless hairdressers and innumerable hair products, it’s almost impossible to see a way to a culture of truly healthy hair.

Personally, I was someone who would go to the hairdresser once every month. Back then, I would lose more than 100 strands a day (which is too much). I’d wash it three to four times a week and frankly, I never brushed it. I have only one hairbrush that I never used –it stayed in my closet untouched for years. I utterly believed that brushing my hair would make it frizzy and straight. Thus, to keep my hair a bit curly at the ends—and not frizzy–I stayed away from brushing.

It didn’t take me long before I realized that my hair wasn’t healthy at all.

I tried all sort of conditioners, all sort of shampoos and nothing helped my hair to grow healthy and strong.

I must admit that it has been almost two years since I have used the conventional techniques that we know of. I have unlearned what I know about keeping the hair healthy and started with testing my own convictions.

I’m applying the notion “the less the better”; and it worked.

First tip: I refrained from going to hairdressers.

It isn’t really about the hairdressers, though. To put it more correctly, I refrained from exposing my hair to blow dryers, flat irons and curly irons.

Though I know it’s not startling, I discovered that all three of these things will damage the hair. With time, I noticed that my hair had become brittle and dry—although my hair is naturally shiny—and decided to walk away from the heat application.

To some this will seem gross, but I now only wash my hair once or twice a month. Despite what we’ve been told, not exposing your hair to water frequently is damn healthy!

We think we need shampoo and water regularly to keep our hair healthy but it’s a fallacy. Guess what? Your scalp is capable of being fed from its own natural oil. If only you would leave your hair to get its correctly balanced nourishment from your own scalp, you’d be amazed by how healthy it would become. This leads me to my next point.

Third tip: I cut down on shampoo.

Yes, you read that right. Honestly, I came to realize that shampoos only damaged my hair more than it was already damaged. All of those hair products that we see on television and on billboards only care about selling and making more money.

Not washing your hair with shampoo means avoiding chemicals. Personally, I wash it only with water, though sometimes I use baking soda as an alternative for shampoo. Find your own natural recipe from your kitchen and make your own healthy product.

I’m finally using that hairbrush that was left in my closet for years! This is a tip that I got from Indian women when I was traveling through India. Every morning and every evening Indian women brush their hair back and forth.

I was surprised by the benefits of daily brushing when I asked them why they do it. Primarily, it distributes the scalp’s natural oil evenly through the hair. Secondly, it increases blood circulation in the scalp which helps the hair to grow faster and become healthier.

Fifth tip: Not touching my hair when it’s wet.

Our hair is at its weakest when it’s wet. Unfortunately, we are used to directly brushing it after leaving the shower. In my estimation, we are prone to lose more hair strands when we brush it while it’s wet than at any other time (at least I know I did).

Since the hair is quite fragile when it’s wet, I’m leaving it to dry by itself; I don’t even towel dry it. I’m basically refraining from anything that would cause my hair to break when at its weakest.

Sometimes we find authentic, helpful tips when we step outside of what we know and what we have been taught. If you feel that you have other tips that might help your hair become healthier, try them!

In the end, we only know what’s right through experimenting and experience—why not start with your hair?

7 Myths that Will Stop Us from Living Our Life Purpose & What To Believe Instead. ~ Eleanor Tara