A Close Encounter with Wolves: Gods or Street Kids? 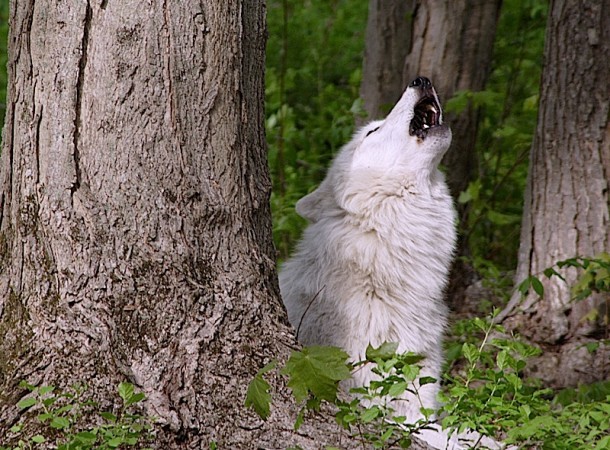 I looked into a wolf’s eyes today. Translucent yellow-gold orbs with dark, wary slits for pupils. Barely a hand’s width away, but whatever he thought of me, his eyes gave nothing away.

Admittedly, there was a fence between us, and no doubt it was there for a reason. But it felt unnecessary. I had been to The Wolf Conservation Center in New York about a year before to research the novel I was writing at the time. The sanctuary’s director Maggie Howell (could her surname be anything else?) knows wolves and is a fierce advocate. Today, I returned to re-connect with her, and she offered an amazing opportunity to meet them up close.

The wolves seemed smaller than I remembered. Two of them, the young adults, weren’t much bigger than my dog, though their thick fur gave them a breadth my 62-pound Golden Retriever can’t hope to match. In my recollection, however, those same wolves weighed over a hundred pounds, with expansive chests and majestic bearings. But as I crouched to meet them face to face, I realized that I had entirely forgotten that wolves have the ability to achieve mythical proportions in the mind—both good and bad.

There are wolf lovers who worship an air-brushed, soft-focus version of an animal that can do no harm. They cling to images of adorable pups and avoid the realities of speed and teeth that can bring down a large running elk. Unfortunately, there is an opposite mindset in which wolves are seen not as animals trying to survive like all others, but as bloodthirsty killing machines who enjoy inflicting pain. In the Western imagination, wolves have been elevated to demon status, which may add to the thrill of hunting them down. In Idaho, they have established an annual sporting “derby” where scores of hunters, including children as young as 10, can compete for cash prizes for the most coyotes and wolves killed.

The animals I saw today were no demons…nor were they cuddly pets. The two younger wolves, dun-coated Nikai and speckled-gray Zephyr, trotted over to the fence, relaxed and curious. They had tall, thin legs that looked almost spindly until I remembered that they can run upwards of 30 miles an hour and travel 10-30 miles a day in search of food. Their long muzzles hid teeth that mean business. But then they licked at my hands with warm, surprisingly soft tongues. Short, exploratory strokes that told them the story right off the bat. Human. Non-threatening. Not particularly interesting. Still, they rubbed along the fence, amenable to the human fingers that sought to get even closer.

We moved to the next enclosure where the old man of the group resides. Atka. He is the senior ambassador wolf and is now 13 years old—possible only in the safety of a sanctuary. In the wild, a wolf might live to be only six or seven; existence in the wild is hard. Human encroachment into their natural habitat fragments the pack, forcing the wolves to travel across developed areas and land containing livestock. Conflict with people over livestock loss is the greatest threat to wolves. Atka’s fur is thick, slightly course. Like the others, he greeted us by pressing his side along the fence. He let me reach through and feel his sinewy neck and knobby spine. His undercoat is dark gray, but was only visible as my hand traced its route along a path beneath all that white.

I noticed an engorged tick clinging to Atka’s muzzle, prompting me to ask Maggie if wolves get lyme disease like dogs. She told me they test positive for lyme, but do not exhibit symptoms. It seems we have bred that immunity out of our domestic dogs, and are now forced to use chemical applications as a defense.

Atka didn’t remain with us long before loping slowly through the trees and shrubs, deeper into the enclosure. He had only come over to say hello.

Before I left, Maggie said, “Let’s see if they’ll howl for us.” She took a deep breath and let out a very fine imitation of a wolf howl. Nikai was the first to respond and seemed happy to do so. He leapt onto a wood stump and threw back his head, erupting in the real thing. Zephyr howled back from someplace we couldn’t see, and then Atka joined in, also invisible. A wolf’s howl has been described as mournful, but today there was a kind of wistfulness in their melodious wailing. Wolves live and die as pack—an extended family group led by the alpha male and female, who are believed to mate for life. I think that today they were simply reassuring each other that all was well.

As I left the sanctuary, I felt privileged to have been accepted by the wolves for a moment, allowing me to see who they really are. Not the stuff of myths—not unless you count as residents of Mount Olympus wily street kids with scabbed over knees, a keen sense of danger, and an intense loyalty to one another. They are not gods, they are survivors. And they belong here.

To see more about Nikai, Zephyr and Atka, visit the Center’s website. 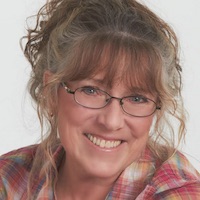