A Day of Thanks Turns into a Day of Waste. 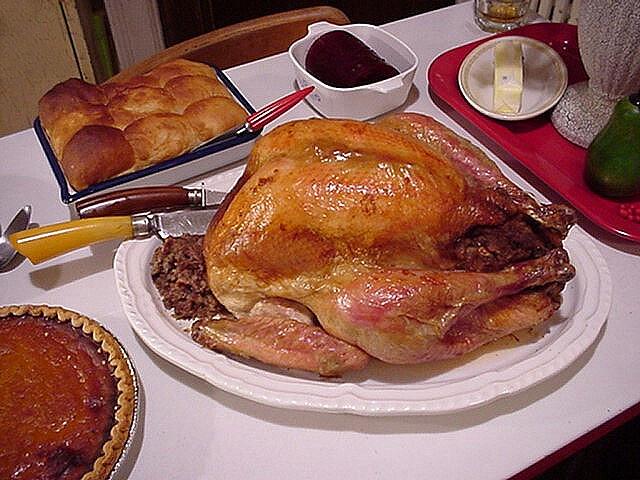 How we can do something different this Thanksgiving.

Thanksgiving is right around the corner.

Let’s take some time to understand the true meaning of the day. In 1621, the feast was a celebration to offer thanks for the first harvest, which was an abundant crop that would last through the winter.

The feast was not about deep-fried turkeys, turduckens, football, Black Friday sales and overeating. The feast definitely was not about making too much food and throwing it in the trash.

According to a USDA report, 35 percent of perfectly good turkey meat purchased in the United States does not get eaten.

In 2013, the Natural Resources Defense Council (NRDC) estimated that $277 million worth of turkey was thrown away over the Thanksgiving holiday. This amount includes all the resources used to get the turkey to the table and equates to 204 million pounds of turkey. About the same weight as 222 Boeing 747s that are getting ready to take off. Wow.

These days, the main focus of a typical Thanksgiving dinner is the turkey. It is quite ironic, but most people don’t really like turkey and some sources say turkey wasn’t even served at the first Thanksgiving feast. But, it is a tradition, so people run out to buy the biggest turkey possible.

Many of us strive to have the hallmark card, picture perfect bird that is so big it barely fits in the oven. All grown for you in four months time and injected with a delicious, flavor-enhancing, mystery solution. Want some turkey antibiotics with your sweet potatoes? You got it.

During the meal some random thoughts pop up, “Oh, I am eating way too much. I should have worn stretchy pants. I wonder how many pounds I will gain today. I will start my diet tomorrow.”

Soon after the pumpkin pie it is time to wrap up the leftovers. At this point, people are so full that they don’t want to look at turkey and potatoes ever again. The leftover side dishes and turkey meat might make it to the fridge for a day or two, but eventually it goes straight to the trash—especially the dark meat.

Waste Not Want Not

This is not only about wasted food, but also about wasted resources that were used to produce the food. The NRDC estimates the resources it took to get the turkeys to your kitchen is equal to 100 billion gallons of water—enough to supply New York City for 100 days. I bet if people had to forage for their Thanksgiving dinners they would not throw it away. The problem goes beyond Thanksgiving Day.

Did you know that 40 percent of the food supply in America is thrown away? According to the NRDC, this amounts to $165 billion each year. Some food never leaves the farm, other food is thrown away since it is “not appealing enough” for grocery store customers, and more gets thrown away by restaurants. According to the Environmental Protection Agency, food scraps make up close to 20 percent of our landfills. This means that people in the United States send over 30 million tons of food waste to landfills each year.

About half of the 40 percent is thrown away by American families, which may cost the average family between $1,365 and $2,275 a year, according to the Washington Post. Place that amount of money, in cash, in an envelope and toss it into your fireplace this winter. I doubt there is anyone who would do that. Why then is it okay to throw away food? Maybe people in America have so much extra money that throwing it away is not a big deal.

I have travelled to many countries, some rich and some poor. Regardless of a country’s level of wealth, I noticed one thing; people did not throw food away the way I have seen in America. I was raised to eat everything on my plate, but these days, it is considered mean to force children to finish their green beans. My grandparents were raised during difficult times and they knew that food was never a guarantee. I am sure that if any of us had to go a few days without food due to war or some natural disaster—we would have a different outlook.

Part of being thankful is about having food on our table. How thankful are we? Practicing gratitude means respecting the source of our food, the people who helped to get it to our tables and everything that went into making it. This includes the animals that were born, raised, and slaughtered to provide us with endless amounts of meat.

How many of us take time when we sit down with our meal to acknowledge this? We have become a mindless society and have a hard time focusing on one thing. We tend to focus more on our iPhones at the dinner table than on our meal.

This Thanksgiving, let’s do something different, and be more mindful of the food we will prepare and eat. Know that a lot of time and effort went into growing/raising the food and getting it to our tables. Try something new this year and cut the normal amount of food you would cook in half. I bet there will still be enough for everyone. Buy a smaller turkey.

More than just saying we are thankful, we can act like it too. We can try to reduce our waste and limit what we throw away. I have a great Turkey a la King recipe from my grandma if you want it. 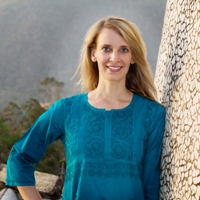