Death Here and There—Thoughts on Life. 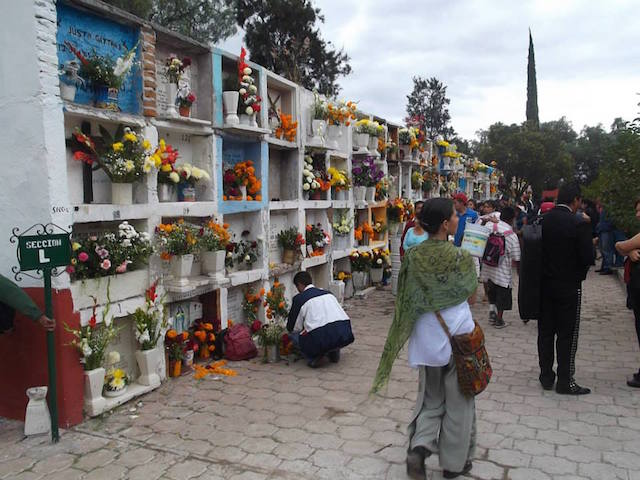 Author’s note: I wrote this piece three years ago just after my mother died. It was my way of coming to terms with and honoring her death, as well as death in general. She often had difficulty not only viewing life as I did, but also understanding me, her somewhat strange and errant middle daughter. But with our numerous kitchen table talks as evidence, it is a testament to her curiosity and enormous heart that she never stopped trying.

As I write this, I am on my way back to the U.S., from Mexico on this Thanksgiving Day.

It was thankfully a peaceful death, and hopefully a release for her as I know she has suffered a lot in these last years.

As with all death, however (and with all things actually), there is contained in the grief, a kind of joy; in this case, an opportunity to be with my family, some of whom I have not seen in quite sometime.

It has not been lost on me that my mother’s death has come on the heels of Dia de Los Muertos, or Day of the Dead—one of the most special holidays in Mexico where families honor their deceased loved ones.

They do this of course, with rituals and customs that to some probably seem strange and to still others, who fear anything “foreign”, possibly blasphemous.

This holiday has long since crossed the border, however, and is well-known to many in the United States with most schools even using the day to introduce some cultural aspects of Mexico into their classrooms.

Nevertheless, as extranjeros, we can create altars, bake pan de muertos and eat sugar skulls, but without the historical and cultural background and most importantly, the attitude towards death that is uniquely Mexican, The holiday in the states is not much more than decoration or worse, a different take on Halloween.

Where I, and many people I know in the states, grew up not talking much about death (not acknowledging the fact of it), the polar opposite is true here in Mexico. As a child, I always got the sense that if you talked about death, then you just might invoke it, and so I recognized it as a taboo subject. The Mexicans not only acknowledge death as simply the other side of the coin of life, but they go even further by making friends with it. They even mock it, and taunt it with their own mixture of indigenous and Catholic rituals, sprinkled with the color, art and pageantry—and a bit of the macabre—that is characteristically Mexican.

The Tibetans have a similar way of dealing with anything we might view as uncomfortable, such as death or fear, or other unsettling emotions: make friends with them, invite them in, accept them as they are.

When we are able to do this, I have learned, we see that these uncomfortable things cannot harm us. It takes the wind out of their sails, so to speak, and we are then free to show up for our life and be present with the knowledge of the impermanence of everything on the planet—including our transient emotions and our precious life.

Of course, despite the seemingly raucous wild party atmosphere that is Dia de los Muertos, to Mexicans, this attitude is not some kind of twisted fascination with death. Quite the contrary, I witness every day the extraordinary devotion and respect for life demonstrated in countless ways, but always with a more relaxed, carefree attitude. 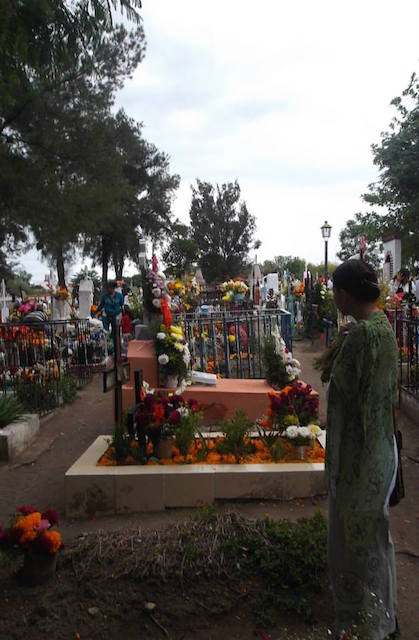 Here in Mexico, people acknowledge forces and events beyond their control, but like the Tibetans, understand that while they cannot control those forces, they can control how they view them.

As hardworking as people are here, there is always time for fun, for joy, for celebrations, and for laughter. They recognize that death, their constant companion, is with them at all times.

So, why not have a party?

There is something to be learned here.

It is natural when someone close to you dies, to then reflect on life—on your life, and ask: how can I live it more fully, more joyfully, more completely?

At times, these thoughts are easier to reflect on than to remember to put into practice. And practice it is. If I have learned anything from being alive this long, it is that life is a practice, and there is always an opportunity to understand it more fully, to see the reality of every moment without fear, without a “story”, as it is—with acceptance. And that reality is, that love and loss, life and death are equally contained within the same seed.

They can not be separated.

As my Tibetan teacher once said, “If you don’t want to die, then I suppose you should not have been born!” We cannot have it both ways. It does me good with my mother’s passing, to be among a culture and people that celebrate life and death so that I remember to invite myself to both parties.

A Prayer for the Dead. 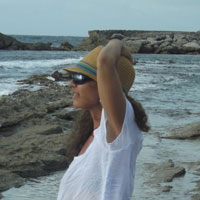