Detach, then Celebrate: Sky-Burials for the Love Affairs that are No Longer. 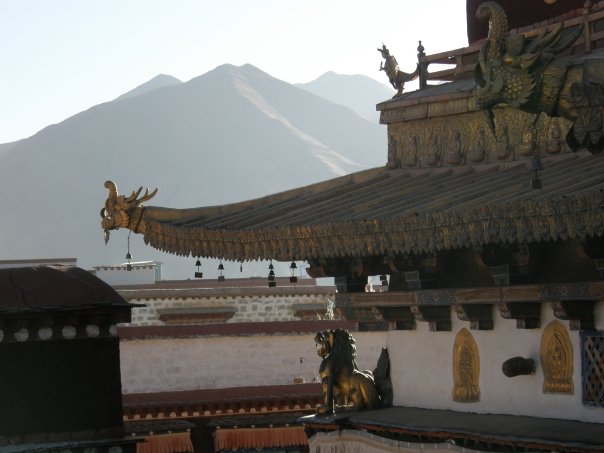 “Lust and hate arise but leave no trace, like birds in flight; don’t cling to passing moods.” ~ Advice from a Yogi, by Khenchen Thrangu, 2015.

Buddhist philosophy teaches us that attachment to anything that is not meant to be is the root of suffering. Why, then, would we fixate on something so fleeting, so… empty?

Ghosts are not worth chasing. Not just in Buddhist philosophy, but in common-sense philosophy, too. Because whatever philosophy we carry and live by, chasing the past is a surefire way to forfeit the future.

It’s over. Let the dead rest.

There are two kinds of ghosts.

The officially dead ex-lovers/partners who—thanks to the digital age—will somehow always find a way to get in touch with you when the whim hits them, regardless of what you’re going through, because they “are thinking of you.”

Then, there are those who “ghosted” away and haunt you first with the closure that never was, and then slither through a message a couple times a year (birthdays and holidays), or once in a couple years, to explain why the closure never happened, almost always with an ulterior motive—it’s not about you, not then, and certainly not now.

What I’ve learned is that closure is overrated; closure seems to be a word that exists only in the feminine mind. You’re welcome to disagree, but if you’re hooked, you’re probably in bed with a narcissist or EUP, or you just haven’t learned (we all make mistakes).

Nothing is more a mess of the afflictions than that of desire and hatred.

It takes real courage to see things as they are, to see our relationships as they are. To see the dysfunctions, to realize how much they don’t feed us. Many of us choose not to leave. The idea that we could be “the one” to change it all around is our naivety and ego, washed too many times by pop culture. Let go of those, too. Pop culture is fiction.

Detachment is the only way to live without afflictions. Detachment is detox, because what cripples us is poison. What keeps us frozen, stuck and ashamed will disease and rot us. Why would anyone hold onto that?

In Tibet and parts of Mongolia, those who follow Vajrayana Buddhism practice sky-burials for the dead. If there was love at all, there was worship. If it came to death, be brave and generous in letting go. Sky-burials are rituals “to confront death openly and to feel the impermanence of life.”

To the layman’s eye, the idea of sky-burials may seem primal, brutal, nasty and barbaric. But witnessing sky-burials was my greatest lesson in compassion and letting go—all of it. Ghosts cannot continue to haunt us if we truly confront what’s passed. Acknowledge that it’s done. Sacrifice it to the passing birds.

Yet, unlike physical bodies, the death of a love affair does not allow us to let go in that way. We can burn the keepsakes, erase the hard drive, put all things on block, but there is no final “release.” So detachment becomes a commitment. A commitment that must be renewed with each arrival of the ghosts. To not cling onto any of it, to let go of the last traces of resentment.

Because the opposite of love isn’t hate; it’s indifference, which is sometimes mistaken with numbness. Mistaken because numbness is, at best, anesthesia, but mostly just a form of self-inflicted pain. Disguised indifference is not an honest way to live. An honest life, no matter how the paths ebb and flow, no matter who comes into our lives and who leaves, is worth celebrating.

Committed detachment is the only way to arrive at Tabula Rasa, and that is a reason to celebrate.

Loving someone is perhaps our best art. The danger is becoming so intensely attached to the outcome that we lose ourselves, that we deviate from our light, that we self-harm.

Let go of the ghosts that no longer serve you, grow you or make you happy. Only then will there be space to create again, and space is a sacred thing. Only then, will we have the energy to make better art. So grieve, to honour what once was, but don’t live in lament. Live to celebrate.

Change is a fact of life, and it can be a beautiful thing. For beauty to happen, we must first allow ourselves to change with it.

6 Ways to give Our Relationships more Depth & Space.