How to Wreck Your House: Add Two Babies. {Adult Language} 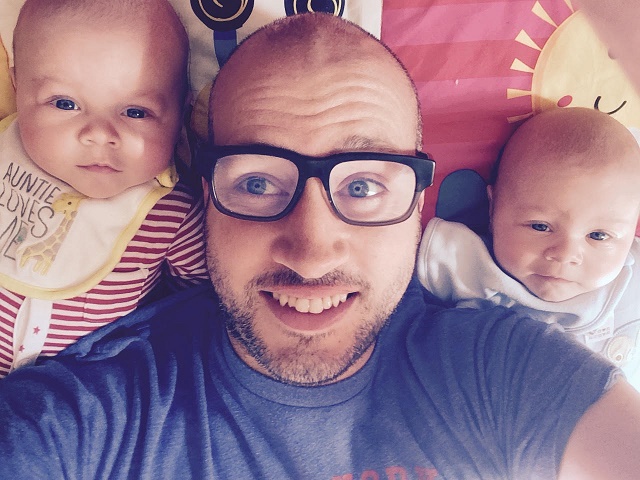 I have seven month old twin boys. They are a delight. And they’ve wrecked my house.

I always wondered what that aroma was—the whiff I smelled when I used to visit friends who had babies.

It’s a cocktail of nappies, baby wipes and desperation—our house reeks of it.

There’s shit everywhere. By shit I mean stuff although there’s probably a liberal dousing of fecal matter on most objects throughout the house.

Crossing our living room makes you feel like a contestant on Total Wipeout and infuriatingly, it’s all essential stuff. I threw a diva strop last week and announced that we couldn’t continue under these conditions and we needed to eject any unnecessary items. An hour later I’d put a magazine and banana in the bin and rearranged the remote controls.

Our kitchen looks like the Monday morning after a music festival—bin bags and disappointment everywhere.

If you manage to scramble across all the obstacles between you and the kettle you feel like Edmund Hillary after he scaled Everest. Even then you’ve got more chance of finding a smile on the rush hour Tube in London than a mug clean enough to drink from.

Our poor washing machine must feel like it’s been hit by a truck. Long gone are the halcyon days of bi-weekly gentle washes of tea towels and socks. Nowadays everything is covered with industrial strength stains and it’s getting spun harder than King Kong’s frisbee three times a day.

We bought this thing brand new with the promise of happy times in a family home. What we’ve provided are conditions that even the most ardent sweatshop owner would wince at. Maybe it’s the sleep deprivation but I’m sure it called me a prick the other day during its final spin.

I’ve got nothing to wear because our clothes don’t get a look-in anyway. Just when they’re about to be put into the machine there’s always a lorry load of shit stained baby sleepsuits ready to jump the queue like a big smelly family who bought speedy boarding tickets. Our clothes are left to sit in the basket, reminiscing about the good old days.

We had a knackered tumble drier that worked for two glorious days last month before it decided to give up rather than work under this regime. Now we’re drying everything indoors on hangers which has given the house the smell of a wet, stray dog and adds to the general obstacle course that blocks all exits and entrances.

If burglars broke in I’d only notice when they inevitably couldn’t find their way back out and had to shout for help.

Some rooms are worse than others. The lounge is a particular problem area as the whiff of nappies lingers about longer than a bad case of halitosis and there’s a stain on the rug that you can probably see from Google Earth. Annoyingly, the bathroom also hasn’t started to self-clean like white people with dreadlocks tell you their hair does.

Then we got the call.

The phone rang out as my wife tried to find it beneath the debris. She answered and what I heard turned my blood cold.

I looked at her with disbelief, hoping this was another wild hallucination caused by lack of sleep. But her eyes said it all, we had visitors on their way.

And these were the worst kind of visitors—the ones you want to impress. Fuckers. Not like your oldest mates who’ve seen you at your worst and you couldn’t give two hoots about. New friends with a clean house, nice clothes and a quality we seem to have misplaced amongst the rubble – standards.

What the hell was she doing?

I started to panic. I wanted to shout but the babies were sleeping so I decided to spring into action and find a place on the floor to sob. But I couldn’t find anywhere amongst the clutter. And before I knew it my lips were moving.

We both grabbed a bin bag and started shoveling frantically like a human game of Hungry Hippos. I took bins out while she cleaned surfaces. I smashed the vacuum round like a maniac while she blitzed the bathroom.

Then we got creative—I slid stuff under the couch and pushed it behind the curtains. I tactically draped the duvet over the dirty clothes in our bedroom. I even turned the sofa cushions upside down to disguise the motley crew of stains we’d collected. We had five minutes before arrival time and I noticed we still had a kitchen’s worth of dirty dishes to get through.

“I’ll shove them in the shed! They’ll never look there.”

What a beautifully terrible idea.

Our visitors came and went and all was well with the world. They didn’t even visibly wince with the stench as they came through the front door. I tried to encourage them to visit all the key rooms that we’d tidied but it’s not easy to force people into your box room without good reason. (Apparently showing them the new location of my sock drawer isn’t good reason.)

The important thing was we hadn’t come across like a real-life version of The Twits.

We went to bed that night filled with happiness and hope for the future.

That was only twenty four hours ago and somehow we’re back to square one. It’s as if the tidy up—or Creative Redistribution Process—never happened.

More stains have dramatically appeared on carpets, the volcano of dirty washing has continued to spew forth from our laundry basket, and I can’t take the bins out as our dustbin is closer to capacity than a 1990’s cellphone that’s just received seven text messages.

And I can’t even make a cup of tea because all the cups are still in the shed.

I just watched the FUNNIEST…video. {Batdad, Best of Vine} 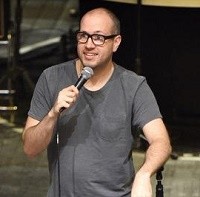