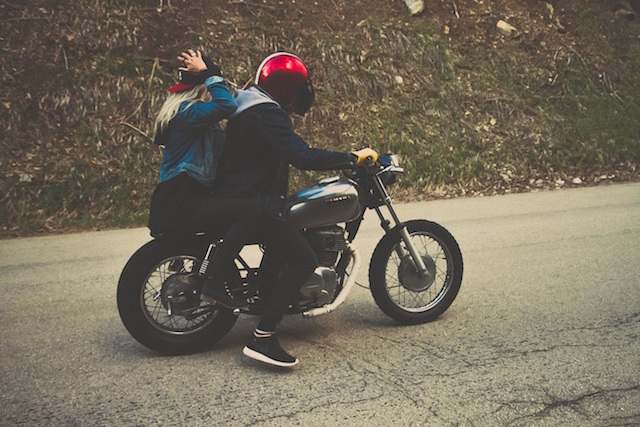 Loosen your tongue, open your mouth and just let the word roll out.

Get comfortable with just saying it.

This word, this act doesn’t deserve to be shamed. And no one deserves to have their sexual being stifled before it even has a chance to be realized.

My interpretations of love and sex via my environment growing up were fairly dismal. Interactions that I witnessed appeared two-dimensional and robotic. Confused boys and girls just trying to figure out these waves of hormones with whatever information was on hand—which, unfortunately, was mostly unfiltered media and marriages that were less than overflowing with passion because of some conservative misconception about what is considered “polite.”

I remember being made fun of for refusing to participate in shallow make out games where I was supposed to submit to some form of arbitrary selection and invite a preteen boy’s tongue into my mouth. These decisions set me up to be considered a prude for the majority of my adolescence.

Quiet, awkward-but-independent me just refused to subscribe to sex and marriage. I had boyfriends, but I held on to my dreams of leaving my hometown to travel just as intensely as I held on to my virginity (this really confirmed the prude thing in the eyes of my peers).

Some might say I did well. “Yay abstinence!” “Way to know your worth, honey!” I played it safe. And for the sake of everything happens for a reason, sure, I did well. I left my hometown, I travel often, my life is constantly taking my own breath away.

However, love and affection of any sort made me anxious. The constant thought of being tricked into subordination ruled my choices. I remained distant. I feared slipping up and appearing weak to someone who might be a predator to my emotions and my body.

This wasn’t always immediately obvious, and I had my fair share of boys tell me I had a heart of stone in reference to my seemingly abrupt habit of running for the hills every time I felt like I was at risk of sinking into a pool of domesticity.

No one wants that.

I didn’t keep my guard up because I was saving myself for the one. I just knew I wanted something I hadn’t come across yet.

Even when I did decide to lose my virginity during a semester abroad in Chile at the age of 20, I was sure to make the guy aware that this decision was not because I was giving myself to him but rather because I was tired of waiting. Only slightly offended, he laughed and obliged my need for independence in the situation. Not exactly the norm for foreplay, though.

I’ve been actively aware of this glitch in my hardrive for about four years, and I’ve had to sort of reprogram myself to embrace the lover within. The day to day practice, for the most part, involves simply treating people as if they feel the same thing I do when building relationships, which to some degree, they probably do.

We also must recognize and be confident of our space and our purpose. This confidence is necessary in forming relationships because it is the only way to hold on to the self, rather than to become a passive component in the mix.

Recently, a guy I’ve been dating and I were scoping each other out as potential travel partners and I told him I thought Guatemala was next on my map. He became excited at the mention of Central America but also threw in the fact that he had traveled to Guatemala with a lover before. I simply replied with, “Well, you’ll have to meet me there after I have a chance to explore a bit on my own then.” His smile grew and he just looked at me as if I were the sexiest thing to ever reside on his rooftop and told me he respected the hell out of that.

My worries of being subdued by dominance vanish when faced with such sincere respect, and my awareness of the possible divinity that can be found between lovers is amplified. Even if it’s just for that one moment, my apprehensiveness, which at times feels like iron shackles, is shattered.

I want the young people in my life to see me as a person full of shameless love. I want to answer questions that will maybe make us both blush with grace and authenticity. I want to reinforce a confidence in their selves as well as their deepest desires so that they can go through their life feeling their experiences and relationships without reserve.

I want to exhibit this golden rule—to go through life with living as the goal rather than just avoiding regret. 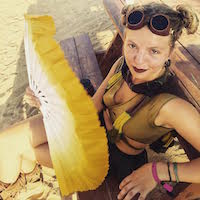