Is Déjà Vu Memory from a Past Life? 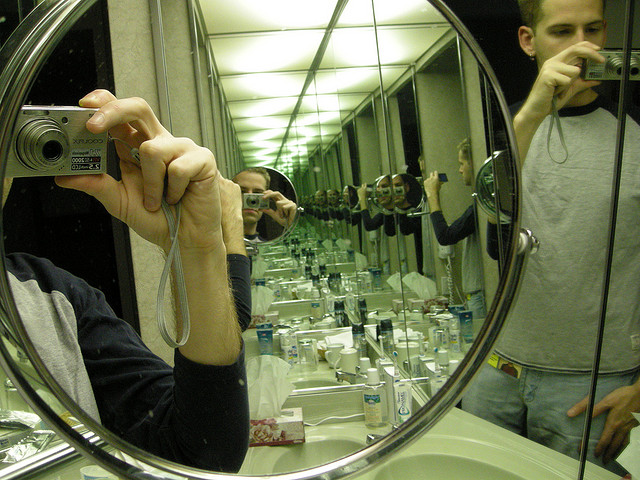 “Having déjà vu means you are exactly where you are supposed to be.” ~ Unknown

What if we have lived life before?

As we age, occurrences of déjà vu can often increase in emotional depth.

Instead of just feeling like something is familiar—we may have conversations that we recognize having before.

Feelings and connections with others seem like we’ve been here before, maybe in another life.

As I was experiencing déjà vu with a dear friend, I wondered, what if I have lived life with this person before.

As I thought more about it, I began wondering about how déjà vu fits in with karma and past lives.

While it’s easy to live on the surface of life, thinking that everything is random, that at the end of our lives we will die and that is simply the ultimate end of everything.

But, what if there is something more to all of these moments, where it feels like we have lived them before—what if it’s because we really have?

Most of us have seen the movie Groundhog Day.

In this film, Bill Murray’s character lives the same day repeatedly, until he gets it right.

What if that is what we all are doing?

What if we live a different version of our same life over and over again until we get it right?

Perhaps we are surrounded by our soulmates, or a select few of them in each life, to help us along on our journey.

Maybe the whole point of living isn’t to just meander along the road unknown—but to learn the necessary lessons so that one lifetime, we will finally get it right.

While the possibilities are mind-boggling, maybe each of us have a predetermined destination when we are first born.

Maybe we can’t absorb all of the lessons that our souls are meant to learn, in just one singular lifetime.

Possibly we have to be born again repeatedly in order to travel this life and make the choices that we were meant to all along.

No one can force us to awaken, nor can we be forced into any one decision.

However, maybe that is when the universe steps in and helps direct us toward the path that we were meant to walk all along.

The term déjà vu, in French, literally means to have previously seen.

Perhaps it doesn’t just seem like we’ve had these visions or conversations, but maybe we have actually experienced them before.

I have had many occurrences of déjà vu.

I can still remember going to certain places that knew I had been before—I knew my way around and I knew of secret roads and paths that I had no logical way of knowing.

Now, I am coming to believe that it is because I truly was there before—and I have lived a previous life.

I don’t know what my ultimate destiny is—but something tells me I am getting closer to it.

The one thing that I am becoming more certain of, is that I have walked this Earth previously.

Maybe I haven’t travelled ancient seas—although I did have a medium tell me I was a warrior during the time of Joan of Arc, and that I have spent at least one lifetime on the Grecian Isles.

Irregardless, I believe that I have in fact, had a previous life.

I have spent time learning and making mistakes in my previous lives—I can feel that in the way that my soul tugs at me when I have these moments of déjà vu.

According to Emile Boriac the first to use the term in his studies, the feeling of déjà vu isn’t usually supposed to last for a long period of time.

Yet, I can still remember certain places where the feeling of déjà vu overwhelmed me in its realness.

While maybe at the time I wasn’t ready to contemplate any true philosophical deep meanings, now I am realizing that it wasn’t my mind playing games on me—but my soul remembering events from a past life.

There is another explanation related to déjà vu called dream based experiences.

In this situation we can dream of situations, people, places or events only to find them materialize into reality, at some point in the future.

Most of the research suggests that we initially forget these memories after dreaming and only once we experience them in real life do we remember them.

Last year I had a reoccurring dream involving someone and a particular place. In this dream, that I had for several months, the person was always wearing the same items of clothing—clothing I had never seen in reality before.

Every morning I woke up from this dream, I saw this person, from my dreams, in vivid detail.

When I finally saw that person a few months later—they were wearing the exact same outfit that I had dreamed about them in.

One day I finally saw them and I nearly stumbled and lost my footing.

Perhaps, we really do sense things before they happen, because we have already experienced them deep within our own subconscious.

Or maybe, it’s because we have already lived a version of this life—possibly many times before.

Maybe we have travelled in the same geographical areas and soulmate circles—our own personal tribe of likeminded souls.

Quite possibly, it’s not so much déjà vu—but our souls remembering all we have experienced.

I believe that the higher the frequency of déjà vu, the more critical juncture we’re at.

Are we reliving our past mistakes?

Or are we taking the lessons we have learned previously and instead creating a new reality?

It could be a new alternate ending to a story we weren’t even aware we were writing.

Sometimes events and people are just too meaningful to be random—and that becomes the truest importance of déjà vu.

It’s the moments that our souls just won’t let us forget—no matter how many lifetimes have passed.

11 Signs That You May Have Had a Past Life.