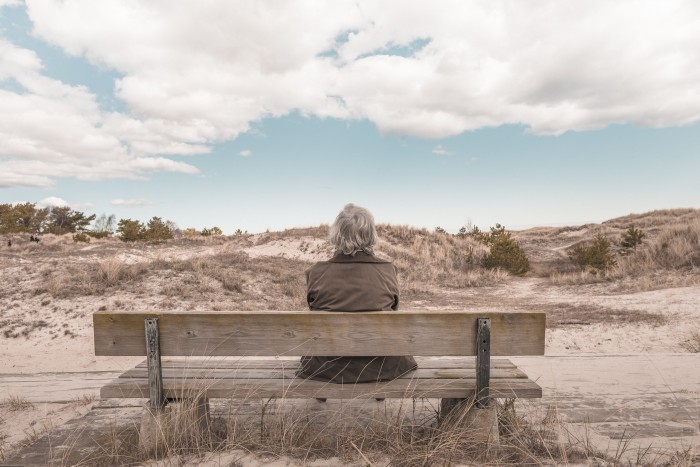 Last week I turned 46, and I’m coming to terms with the fact that I am—and have been for some time—middle-aged.

Despite having had a long time to get used to the idea, it’s still a little surreal to me.

If you were to meet me, or look at my life, you’d never guess. You’d think I was in my thirties. There are a few lines around my eyes, and I’ve been letting the gray show the last couple of months, but I’ve always looked way younger than I am and the gray hasn’t changed that much (yet).

And I’m not saying that to be smug, or because I’m in denial of the truth.

I completely accept it and willingly acknowledge it. It’s just that I don’t feel like it any more than I look it.

When I tell people my age, they always comment on how much younger I look, as if that would in some way erase the years. But it doesn’t matter that I look so much younger, because I know the truth. I could pretend to be younger than I am, but what good would that do? I know my true age and I see the chasm between where I am and where I thought I’d be at this stage of my life. Hiding it from others wouldn’t change that.

It’s funny how things don’t turn out the way we thought they would. I always thought, for example, that when I decided to let the gray be, that I’d cut my hair short. I also thought I’d be in my fifties (at least) when I reached that stage.

I thought I’d have a husband. And children. Not because I especially wanted children—I didn’t. But I just expected that was the way things would work out.

If I’m honest, I would have liked a husband. I still would. And I used to think that if I hadn’t married before 40, then I never would.

I don’t believe that anymore.

I was always a late bloomer and I now believe that things could work out for me on the love front at any time. I’d prefer sooner to later, but it may be (even) later and I’m making my peace with that.

I expected to have a dog, but I have a cat. I didn’t expect to be able to keep my cat alive and well for twelve years, but she’s still going strong. Somehow, despite far too many house moves, and constantly upsetting her sense of security, I’ve managed not to lose her.

I teach meditation. I never expected to even practice it, let alone teach it.

I remember wishing for a nine-to-five job that I wouldn’t have to give any thought to outside of those hours. The plan was to earn a predictable and comfortable living so that I could afford a nice life without too much stress. Instead, I am self-employed and finding it difficult to earn a living solely from teaching meditation, so I supplement it by doing freelance marketing for a couple of clients. It’s not nine-to-five, nor even Monday-to-Friday. And it is far from a predictable or reliable income.

I expected to be settled in my own house (co-owned by the bank), but I sold my house after I bailed from the world of permanent, pensionable and predictable-income jobs and I have been renting for nearly a decade now. After a number of years of solo living, I’ve now opted for sharing—mostly for financial reasons, but I do enjoy the company too. However, if I could afford it, I’d prefer to live in my own place.

And so, despite all my expectations, here I am in my mid-forties living a life unexpected.

Of the lot, not camouflaging my gray hair (despite the protests of friends and family that it will age me) might be the biggest surprise. I never thought I’d go quietly into that, given that it’s something I can actually control to some extent.

But going with the gray might also have been the start of no longer resisting the rest of it. As I’ve stopped struggling with the ever increasing presence of silver, I’ve found myself more accepting of everything else that is—even if it’s a far cry from how I’d like it to be.

“What screws us up most in life is the picture in our heads of how it’s supposed to be.” ~ unknown

I have often compared my life as it is to the expectations I had and allowed the mismatch to trigger discontent. Sometimes sadness.

But these days, when I notice comparisons arising, I’m more inclined to tell them to f*ck off than I would have been before.

I don’t know if the gray hair was the catalyst, or if acceptance of the gray just occurred as I generally became more accepting of myself anyway—both who I am and where I am in my life.

Not that I feel like congratulations are in order. I’m not quite there yet. I don’t feel like I’ve properly arrived at this wonderful destination they call self acceptance. I know I’m still “on the journey” and I don’t know how long it will take to get there—or if I ever will.

But lately, I’m feeling more and more at home in my own skin, even though there are still plenty of external factors I would change if I found a magic wand under my pillow.

Of course, there is no magic wand to be found. I have to be the magic wand. And as each day goes by, I feel myself becoming more and more ready to step up to that.

We must be the love and acceptance we want to feel in our lives. We must create the change we want to see too.

And I still have time.

Finding the Moment of True Self Acceptance.