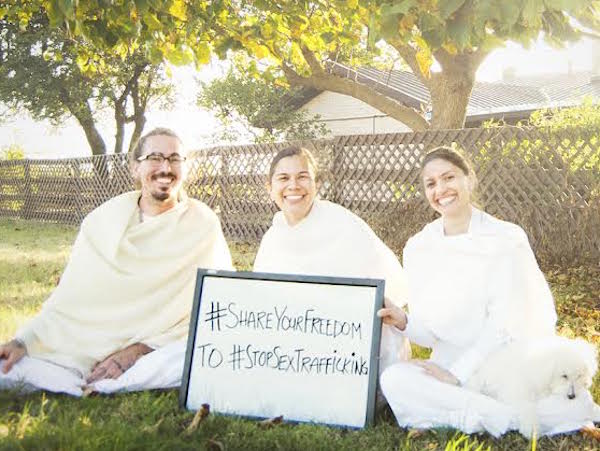 We are all captive in some way.

We like to think the opposite, but our stress, our fears and our anger create dark, thick clouds that enshroud us.

The question is, what holds you captive?

And, if you feel helpless and hopeless in the face of your captor, can you envision yourself rising one day and liberating yourself?

This is why at the age of 22, I left behind my ideal and adventurous life as a boundary-less ocean photographer to dedicate myself to non-violence and undergo training to become a monk. I was the one who felt powerless. I was the one who felt the world was too big and its problems even bigger, until I said, “enough.” The scale of my fears was unimaginable, and every day, they paralyzed another part of me as they entrenched themselves deeper within.

I knew the strength I needed was in me somewhere. Just one step toward those fears. Transformation began as I outgrew self-limiting beliefs. I started to understand and dissolve my negativities—the ‘inner-enemies’ as my guru and spiritual teacher calls them—which are anger, ego, deceit, greediness and jealousy, to name a few. These are the true enemies. An outer-enemy can kill you just once, but these inner-enemies can kill you again and again, from one life to the next.

Now on the spiritual path, with the right guidance from my guru, I take one step at a time towards liberation: true freedom.

Everlasting freedom sounds great, right? Freedom from all the pain that comes to the surface from seeds buried deep and long ago. But freedom has many forms.

Freedom can come in strings of words that writers unveil by way of their keyboards or pens, the spontaneous movements of a dancer fluttering through the air or the disciplined poise of a yoga posture.

Or, freedom can be straightforward; simply knowing you are free to be a human being. Knowing you have freedom to go from place to place as you wish, to protect your body from the heat and cold. Freedom to fall asleep safely each night, and wake up safely each morning.

As you read this, there are many people on this earth that do not have these freedoms.

They are kept in secret and traded for money by greedy hands.

They are men. They are women. They are children. Against their wish, in the midst of their normal lives, they have been tricked, coerced and violently forced into a reality that many do not have the strength to acknowledge because it’s sinister, dark and frightening. This reality is human sex trafficking.

Acharya Shree Yogeesh, my spiritual teacher, once said to me: “If you have an ability, never waste it. Use it in a positive way.” As the monks and nuns at Siddhayatan Tirth learned more about trafficking, we knew we could help by using our combined skills. We are fortunate to have that simple freedom. I think it’s safe to say that if you’re reading this article, you have that freedom as well.

With support from our guru, we began working on a documentary film about sex trafficking. It didn’t take long to understand the complexity of this issue, or to see the huge numbers and statistics stacked upon each other.

Trafficking is the second largest criminal industry in the world, tied with the illegal arms trade. Over 50% of humans exploited through commercial sexual activities are younger than 16.

What is a commercial sexual activity? When you’re talking about people forced to engage in sex by violence and threats, it means paying money to abuse them physically, mentally, emotionally and spiritually. It means rape.

Traffickers—also known as ‘pimps’—keep the profits earned by their enslaved sex victims, which are huge. The reason for such high profits is because, in the words of the traffickers, “they are expendable.” You can use a person and reuse them, over and over. Unlike drugs, we are not a one-time-use product. Understanding this, it’s easy to see why trafficking is expected to surpass illegal drugs and become the number one criminal industry within the next five years.

Many people have no idea how completely trafficking permeates modern culture. I didn’t until a few months ago. The project we’re working on, Stopping Traffic, is not just a film. It’s an educational initiative based on freedom, to bring trafficking to the forefront of mainstream awareness. In whichever community it takes place, we’re urging the world to find lasting solutions and prevent its continuation. It’s a movement of people taking action and sharing their freedom.

Here are three ways you can help right now:

1. Learn to identify a trafficking victim, and call the National Human Trafficking Resource Center hotline if you suspect someone needs help: 1.800.373.7888

2. Many communities have at least one organization combatting trafficking; Google them and ask how you can volunteer. Even a few hours of your time is huge.

3. Learn more at the Stopping Traffic Film website, check out some great resources and get directly involved in the documentary.

Of the mahavrattas, the five great vows, the first vow we take is ahimsa, non-violence. Non-violence is to minimize violence in one’s actions, speech and thoughts. It is the essence of the spiritual path, and in practicing it one becomes a protector of all living beings.

This is why we are urging you to share your freedom.

Because every soul counts.

In the Closet with a Sex Trafficking Victim. 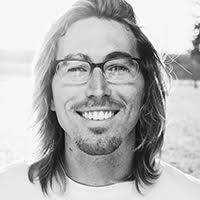