My 4 Rules of De-stability: How Letting Go of Control Changed My Life. 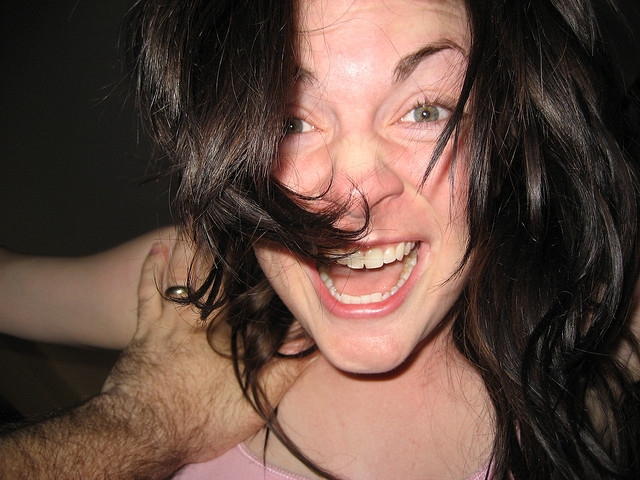 A few years ago I did some research at a therapeutic community.

They stay here for a period of time — usually years — until they feel skilled enough to live on their own or within society. Just to highlight the severity of their experiences, I describe below a scene from one of my visits to the community:

Ian was at the bottom of the stairs as I walked through the door and he had an empty gaze in his eyes which scared me a little. I greeted him, and after waiting for a response for what felt like an eternity, he looked right at me and said, “I’m human again!”.

I wasn’t sure I heard that correctly.

Another resident, Greg, turned towards me and said in an almost matter of fact kind of way, “he’s human again”. Completely lost for words, I shakily responded, “that’s good!”. Ian continued to stand in my way and by now I felt concerned. I clearly couldn’t handle this confrontation with his madness.

Finally he let me go only for me to find that he had followed me to the staff office at the top of the stairs. He knocked on the door and then rambled with an urgency in his voice; “I’m suffering”, “I’m a Dracula”, “I need a girlfriend”, “I’m human again”, “I’m suffering”.

I couldn’t rid myself of the thought of how sane his statement was; the predicament of suffering that follows the state of being human.

Half an hour later, I seemed to have forgotten about Ian and the ambience in the office was like in any other. Life, however, does not allow for us to forget how turbulent the human condition is. Ian returns, pops his head in through the office window and, calling the staff member by her name, proclaims: “Helen, I’m a sloth”.

The precariousness of Ian’s avatars left me with a wavering sense of my own. Why do we walk around pretending to seamlessly float from one state of mind to another? What is it about our own madness we find so hard to admit? Who are we really afraid of admitting it to; each other, our selves, our structured lives? Aren’t we all, in fact, just like Ian; living on the edge of our minds?

It seems to me that the only thing that really separates Ian’s state of fluctuating selves from our own is some implicit knowledge that no matter how turbulent we feel within, we have an outer demeanor that we can use, to convince both ourselves and each other that everything will remain as it is: That we are all, in greater and lesser magnitudes, invested in restoring the functioning of society as we know it. That when I feel playful as a child, I’ll hide it safely in my heart because exposing my thrill will only serve to destabilize my neighbor’s sense of stability — and that I mustn’t, at any expense, do so.

When we hold debates in the classroom, I often tell my students that there is no right or wrong answer. And in the three hours that follow, I try and make them comfortable with the thought that perhaps there is no answer, no immediate conclusion, no quick fix, and no singular truth. In academic terms, we call it decentering — the position where one’s existing knowledge has become challenged and there is no longer any stable knowledge to replace it.

In life however, I realize how hard we find it to not know. Our suffering then seems to be marked, not by being human, but by the very lack of it. By appearing in control, we seem to have become controlled by a need for answers;  by instant solutions to all our problems, by always having to know where our lives are going and what we are doing next. I wondered if there was a lesson to learn from the instability in Ian’s sense of self? I wondered if what we see as insanity is instead what sanity is all about?

I’ve observed and made a few rules for myself that I now follow in order to keep myself decentered. Over and above therapy, meditation and knowledge, these few rules have started to become the basis of my sanity in a world of constant pressure:

I tell myself that I have no control, and that that’s OK.
When taking an observer’s view of my own life, both external and internal, I realized that everything I thought my stability depended upon, was in fact a myth. To wake up and find that several people have become victim of terror attacks in Paris is proof that there is no knowing what happens when one leaves their homes in the morning. To see our own patterns in those failed relationships is proof that likewise we don’t always have control of our internal lives either. The only thing we know is that we don’t know what tomorrow brings — and that that’s OK.

I decided to break things.
In a world that seems surrounded by ideas of inner peace and yoga mats, I decided that I needed a visualization technique that was my own. I picked a piggy bank made of clay and stared at it believing that it was the container of all the conditioning that we are brought up with — the hierarchy, patriarchy, and social images we must protect — and I took this mold to a safe open space, and smashed it. Upon doing this I remembered that I had done something similar with an ex-boyfriend’s belongings after we split up and it really marked the end of my suffering as I heard the noise of my attachment to the pain going into splinters and ultimately disappearing. All big endings must be marked and they must be marked as many times as it takes for us to manifest the ending we desire. I have now decided to do this once every few months.

I now know that everything and nothing is true.
How often do we find ourselves in situations where we blame others for what has happened to us? Doing so doesn’t take the pain away, and so we blame our past, then we blame ourselves, we blame alcohol, we blame politics. And with each blame we feel that we have solved the riddle; but the uneasiness doesn’t leave. That is because its all true. They are all to blame, as are we, and all that we can do is accept things the way they are. We are scarred, we are hurt, we are rejected, we are reactive; and that that’s OK too.

I admitted that independence is not the aim.
I spent most of my life teaching myself to not depend, to be self-fulfilling, to be able to manage it all and more. I must, I thought, be that woman that doesn’t need a man. I need to only trust myself is what I was told. But I realized that one cant learn how to swim if one keeps throwing themselves into the high tide. That one can only learn to swim in calm waters. In other words, I learned that I need to stop challenging myself and start making choices that seem friendly rather than apposition. I learned that I need friends and lovers that wish to share trust rather than challenge it. Independence isn’t the aim; there is, in fact, no aim. There is only the journey and we have a great deal of say in how pleasant we choose it to be.

My Journey from Control-Freak to Surrender Goddess. 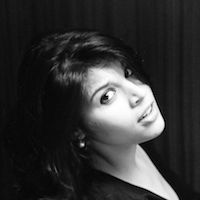