Rumbling With the Truth Of My Grandmother’s Life & Death. 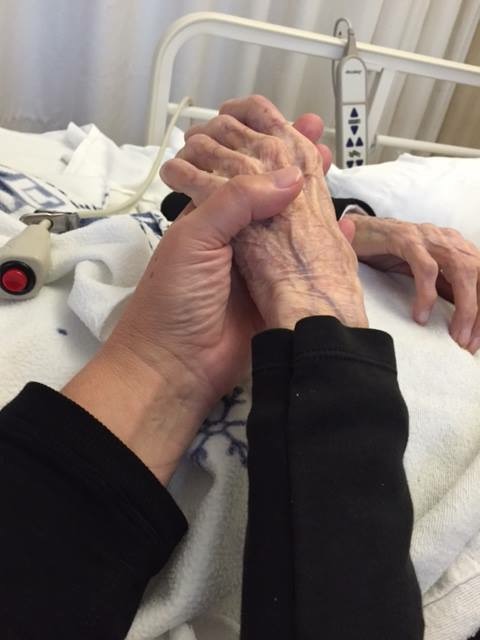 “You are the one you’ve been waiting for. Healing the wounds of your family is a great honor. Take that leap and you will be free to create the life you want.” ~ Sonia Sommer

“Almost 100 years of living. She was a complicated woman who created complicated relationships. I pray that as she passed, all of the hurt and pain she carried was lifted and that she knew eternal, unconditional love. May we all know that sort of love while we are still living. May we all have the courage to extend ourselves in that love, here and now.” ~ Christine Claire Reed, in regards to her grandmother’s death

Way back when, she was just this annoying person, someone my mother seemed to hate, someone I didn’t respect much, someone family members rolled their eyes about, someone who was mostly cold and remote…not a Grandma, even though that’s what I called her.

She had extramarital affairs. She said mean things. She hit people. She hit me. She’d slap my hand away.

She was hypocritical, selfish and haughty—perhaps even a narcissist.

She liked to point out to others what they should be doing. She’d send “helpful” articles in the mail.

We saw them as criticisms and thinly veiled attempts to control us.

I don’t say this to disparage her. I don’t say it to be judgmental because I can say most of the same things about myself.

I say it because in the end, I loved her.

What started out as me semi-blindly taking on responsibility for her entire life as an obligation, turned in to me choosing to show her unconditional love—and realizing that maybe I am the first person to ever do that.

Her husband, my grandfather, didn’t treat her well (and I don’t say that to disparage him…it was the times, it was what was passed down, it was cultural). She, in turn, didn’t treat him or others well. They divorced in 1980 after 41 years of what was—by most accounts—a pretty miserable marriage.

Mostly, she was anxious and she medicated with booze and Xanax. There was very little in her control and I took the last bit of that away when I finally moved her into a nursing home after she fell at home in early 2012.

She also sometimes snorted when she laughed (just like me) and her sense of humor, when she let her guard down, was wicked.

Grandma: What’s this? (holding up a dinner roll from her lunch plate)

Grandma (after thinking for a second, with a glint in her eye): Have you ever had a roll in bed with honey?

Cracked me right up. Her too.

Even though I knew she was too frail—not to mention her dementia—to remain at home, I feared those early conversations at the nursing home. She asked me pointed questions in an aggressive tone about going home.

Everyone told me it was better to lie to her, so I’d say, “We’ll cross that bridge when we get to it.”

I had nightmares in which I’d be at her house (the house I finally cleaned out and sold) and she’d be standing there, her mind and her body completely restored, angrily asking what the hell had I done.

I also had fantasies about telling her—while meanly shrugging my shoulders—“Too bad! You’re not going home again! I’ve sold your house and have gotten rid of all your things!”

Oh how that would have upset her!

Over time, and with trepidation, I learned how to have truthful, loving conversations with her.

When I was no longer afraid, I learned that I could be an effective and fair advocate; that I could have hard conversations; that I could tell her the truth and handle her anger and disappointment; that I could manage the business of her life (even though I had proof that I’d fucked up my own many times); that I could love someone who wasn’t very lovable.

I had the courage to extend myself in that love, here and now.

About a month ago I noticed her “spark” had dimmed and she wasn’t as interested in talking or eating.

When her doctor called to tell me that she had stopped eating and drinking, there was no hesitancy on my part: “Let her go on her terms.”

In the days following that call, she was restless, bending her legs at the knees, up and down, up and down; pulling at her clothes and bed sheets.

We didn’t talk much and she didn’t want physical contact with me. She seemed annoyed when I fussed over her, and she pushed my hand away. Her resolve and determination were apparent. She didn’t want to be distracted because she was focused on leaving.

So I sat across the room and every once in a while she’d glare at me.

She pulled her gown off and lay there completely naked, covered by a sheet. The next day, after she’d died, it occurred to me: she came into the world naked and wanted to leave the same way.

Please don’t tell me that you’re sorry for my loss…she died peacefully and purposefully. I am happy for her. I am glad that my last words to her were “I love you” and that hers to me were, “I love you, too.” This is the way to go; on your own terms with at least one person loving you deeply.

I helped her rest in peace before she died. She did the same for me.

I spent most of my life being afraid of her…and my mother. What I see now is that what I really feared was not being able to handle myself the way I wanted to, in their presence.

I no longer have that fear—I can show up exactly the way I want to.

I am so fucking proud of myself. 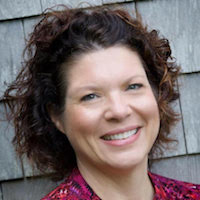