Social Media-Star Syndrome: Are We all at Risk? 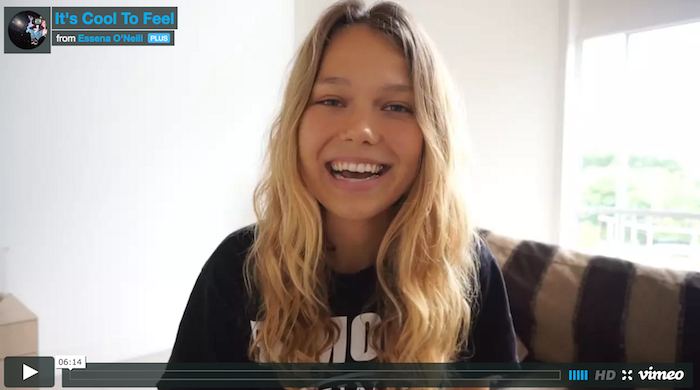 After almost seven years lost in the staged life of a social media sensation, a young lady finally awakes to the reality that posing to present the image of a perfect life robbed her of actually living it.

The story of Essena O’Neil brings attention to a growing concern about the implications social media has on the psycho-social development of our youth. Recent studies have shown that “despite the promise of enhanced socialization, communication, and education, many adolescents’ actual experience of social media use has been negative on balance” (Cookingham & Ryan, 2014).

Today’s culture has been armed with the power of self-publishing and every person with access to the internet has been afforded opportunity at fame and stardom. YouTube sensations of all ages literally make a living off of their public profiles and are often just as popular as movie stars.

This democratization of media can be viewed as a blessing of endless opportunities, but unfortunately, it can also mean that every child and teen across the globe is now susceptible to the social media version of the Child Star Syndrome that was once exclusive to television and movie stars. A simple search online will bring up countless tragic stories of well-known entertainers that have suffered though identity crises, depression, anxiety and psychological breakdowns that often come with early fame and public idolization.

The pain depicted in this young lady’s experience is just as tragic as Child Star Syndrome and only differs in the fact that the fame she created for herself was much more accessible. She was able to directly mimic the life of other social media sensations and literally create a life just like them. Before social media, we would idolize movie stars and then most of us would have to snap back into reality because there was that separation between “us” and “them.” There was something different and special about the stars on the big screen because they were chosen and weeded out of the pools of talented, beautiful people. Social media has deconstructed that separation and now anyone that wants the fame badly enough to cater to the online masses, can have it.

The Price of Social Media Fame

Social Media Syndrome may be the new price to pay for this fame. From lowering self-esteem to trends that encourage increasingly risky behavior, excessive social media use jeopardizes the sexual and social wellness of adolescents (Cookingham & Ryan, 2014).

Studies have also proven that social media centered lives bring with it a significant increase in narcissism which “involves a grandiose yet fragile sense of the self, (Ames, Rose, & Anderson, 2006) as well as an obsession with success and demands for admiration. The trait of Narcissism has been correlated with the frequency of using Facebook (Buffardi & Campbell, 2008) and with the number of friends a person has on Facebook (Bergman, Fearrington, Davenport & Bergman).

A 2015 study has recently shown “that life satisfaction, subjective vitality, ﬂourishing, and subjective happiness are signiﬁcant negative predictors that come with overuse of Facebook” (Satici & Uysal, 2015). The subjects of this study were adults. How much more vulnerable then, are young children to the psychological and emotional risks of social media saturation? As early as two years old, children are constantly surrounded by the instant accessibility of mobile devices that make them “more likely to displace human interactions and other enriching activities” (Radesky et. al, 2014) crucial to developing a healthy identity, awareness and sense of self in the world.

New research is continuously being aimed at how to utilize social media for positive and effective health and wellness interventions, but much more work needs to be done to enhance the positive aspects and regulate the negative potentials (Cookingham & Ryan, 2014). With increased awareness, hopefully parents, teachers, guidance counselors, psychologists, and other healthcare providers will become increasingly well versed in recognizing the risks involved with the time spent on social media in order to better serve and support the digitally-savvy generation of our young people.

Here are three things you can do today protect your young ones from social media syndrome:

Share Essena’s story with them and have a discussion about it. Ask them if they can relate to her feeling or if they know anyone that may be feeling like she once did? Check out her website and suggest trying out one of her challenges. Talk about what they like about social media and how their profiles compare to their real lives.

For teens, work together to establish clear limitations on when it’s not appropriate to be on media and why it’s not okay, such as during meals, when company is over, in class, or until homework and chores are done. For little ones, carry books to entertain them rather than using apps as much as possible. Make outdoor play a propriety.

As guiding adults, we have to be an example to our young ones and show this generation how to live life offline. Make it a game. Try going somewhere fun without posting about it on Facebook, and spend quality time with friends without sharing a photo on Instagram. Smile every day without the endless selfies!

Essena O’Neill: A Call To Use Social Media Responsibly.