Success & Failure: Story of an Over-Achiever. 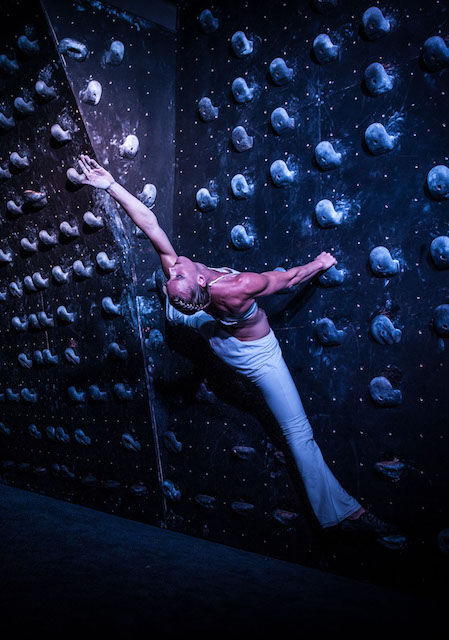 A few months ago, a friend and I went climbing.

I was excited to get outside. His heart was set on finishing a specific route.

We arrived at night and slept beneath the stars. The next morning, we woke up to blue skies and stunning rock walls as far as the eye could see. But warming up, my friend looked anxious. He was already thinking about his climb. When he finally tried it, he struggled half way up and fell.

Instantly he exploded with anger.

For minutes, he sat in his harness and yelled: “I shouldn’t have fallen! This is not even hard! What was I doing?”

I waited in silence, watching the river run through the lush canyon. Shades of gray and red rock lit up in the sun. Spring was in the air. But all my friend could see was the one route in front of him. Sometimes we laugh at people because they can’t see the most obvious things about themselves. But often those people are us. I felt for him. I knew what it was like. And I definitely had been there before.

Born and raised in Germany, I am as type A as they come. And whether by nature or upbringing, there is an over-achiever in me. I did not learn to let things come to me. I learned to chase ’em down and get ’em done.

As a child, I competed in tennis, practiced the piano and danced ballet. I never lacked discipline and have always strived for perfection. Whether studying, rock climbing or starting my own dance company: the outcome mattered.

I had a quote hanging on my wall all throughout college: “Ambition is a dream with a V8 Engine” ~ Elvis Presley. And believe me, as a German I can appreciate a V8 engine. But I tend to run in overdrive. Some might even call me “verbissen,” a German word that means “eager and stubborn” but literally translates to “bite and don’t let go.” Some of us cling onto our goals for dear life. The thought of failure is terrifying. And when things don’t go as planned, we push harder. But recent events have made me think of “success” and “failure” differently.

Last summer, I decided to move my dance company out of our studio. Unlike prior years of performances across country, festivals, corporate gigs, America’s Got Talent, and sold out theaters, we had no performance in sight. And endless marketing, promotion and networking didn’t seem to lead anywhere.

After 10 years of “verbissen” dedication, I was tired.

So I decided to say “no” to my old familiar way of stubbornly pushing forward. I took down my walls, and closed the doors. When I walked out, my heart sank. Leaving the studio felt like failing. A nagging voice in the back of my head accused me of giving up and not trying hard enough: “If you had just bit down and not let go, you could have made it.” But I knew deep down that relentlessly forcing this path was neither making me happy nor guaranteed success. And once the move was complete, I felt a tremendous amount of relief.

This is when I realized I had actually not failed, but rather succeeded in staying open and flexible enough to give into necessary change.

I am not suggesting that setting goals and having the drive to pursue them is bad. Quite the contrary: It gives us direction and keeps us going. Whether you are a sales rep or full time mother homeschooling your children, you know what it means to set goals and work hard towards them. And when you double your sales or witness your children solve that first math problem you have “succeeded”. It feels rewarding. But compared to the hours, weeks and months that go into it, “success” usually only lasts for a moment. And as soon as we arrive, we set our next goal.

I have a friend who is always on the run and never seems to sleep. She is either working, running, skiing or doing yoga. A few months ago, she badly injured her knee and was forced to go from a 120mph to 0. At first, a devastating change of pace. But as she healed, my friend found joy in all the little things: a visit from a friend, a home cooked meal and not being in pain.

While nursing her knee, any progress was exciting. I won’t forget the smile on her face, when she first walked without crutches. Over coffee she announced: “Sleeping is awesome! I can’t remember the last time I slept more than six hours!” But sleep was not the only discovery she made. Days on the couch gave her time to reflect. “Really, this injury has been a blessing,” she admitted. “I am always driving towards the next thing. It’s like every moment merely becomes a means to an end. I want to take time and actually enjoy those moments.”

Not only do we get lost in chasing our goals, we also expect to achieve them exactly as planned.

And until we know, we are trapped in uncertainty, longing for triumph and dreading defeat. The fact is we are skating on thin ice, because setbacks are inevitable and obstacles are part of the way. But ironically, these can actually lead to success.

For many years I have dreamed of taking my dance company abroad. Even after moving out of our studio, I hung onto this vision. While traveling in Europe I promoted my dance company, hoping that my interview on German TV would lead to something. But I was running into the same walls: lots of interest, no financing. Bringing my dancers overseas seemed financially impossible. When I returned to the states, I let go of this dream.

Then, a couple months later, I got an email from an event manager. The next thing I knew, I signed a contract to perform in Singapore. This gig did not come from stubbornly forcing my vision, but rather letting go and creating space.

Sometimes slowing down is the fastest way to move forward. Self-motivation has definitely taken me far. But not resting and constantly throwing myself at life doesn’t work. And I know that was not the last time, I learned this lesson.

A few weeks ago, I went climbing with a friend. I was eager to finish my project route. On my second try, I climbed surprisingly well. But close to the top, my foot slipped and I fell. I hung in my harness and stared at the holds. I was angry at myself. I was angry for being hard on myself. But my belayer was annoyingly optimistic. “Nice go Isabel!” I closed my eyes and took a deep breath. The wind felt good in my face, and I could hear the river slowly making its way down canyon.

This is where I had a choice.

I decided to not beat myself up. I lowered to the ground and thanked my partner for the encouragement.

Success is great. But I am done living in fear of failure or blaming myself when things do not go as planned. I am passionate about my work and will always drive hard towards my goals. But I cannot control the outcome of my efforts. And in the meantime, I want to enjoy my way there, because life happens between all the successes and failures.

Today, I have a new quote hanging on my wall: “Things won are done. Joy’s soul lies in the doing.” ~ William Shakespeare.

The 5 Stages of Failure. 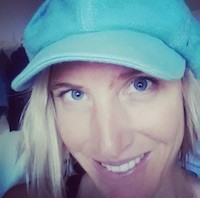