The Power to be Seen: Overcoming Social Fear. 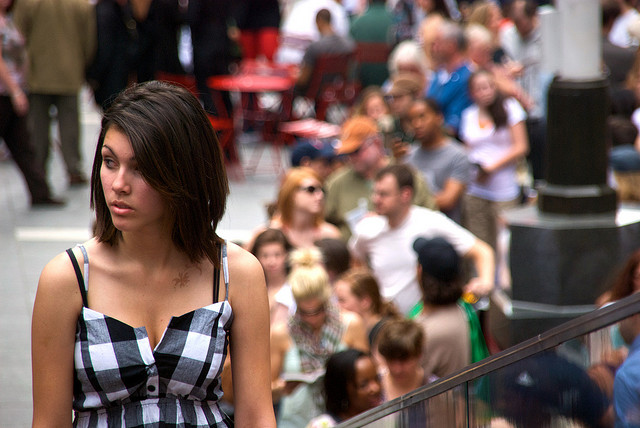 “Scientists have found the gene for shyness. They would have found it years ago, but it was hiding behind a couple of other genes.” ~ Jonathan Katz

Social fear, often called shyness or self-consciousness can be crippling and, at the least, a painful limitation in life.

It afflicted me in my early adolescence, descending abruptly into my life. I remember the very day; walking down the street something was excruciatingly different: Everyone seemed to be looking at me. I felt awkward, always on show, as if a spotlight was illuminating my every move for all to see.

Prior to this particular day, I had been relatively at ease socially. It was as if an illness had randomly and unfairly attached itself to me. From that day I struggled in every social situation.

It’s true many will recognize this in their own life as a common symptom of adolescence and, just as often, it is grown out of as we move into early adulthood.

In my own case and other people I’ve discussed this affliction with, it remains a source of great pain and influences many choices in adulthood that are not native to a natural easy-going social state.

I always think of an acquaintance named Robert who highlighted this unresolved condition so painfully; he always drew my profound sympathy.

Robert was a chronic recluse who was not pathological and remained functional at work. He lived at a work friend’s house, never leaving his room when any visitors came and I only saw and knew of him from work and what was said about him by my friend who owned the house.

A story that I never forgot and which succinctly expressed the absurd and crazy compulsions behind this suffering was related to me as “Robert’s umbrella problem.”

I’m not sure how Robert resolved this dilemma but I always found this story insightful and instructive in its seeming pained, ridiculousness.

There was really no one interested in whether Robert carried an umbrella, or not, it was all in his own mind. It was a imaginary dilemma, but very real and painful to Robert.

I saw myself in his malady, perhaps not to the same debilitating degree, but enough to decide I would like to understand and do something about it, rather than be enslaved to compulsiveness.

So I began to inquire along these lines :

What is the root of this problem, this discomfort in public?

After much research, reading and experimenting, it became clear.

It was all about being seen.

Or more exactly: Trying not to be seen. Hiding!

The cure is in consciously deliberately allowing oneself to be seen.

That is, in a disciplined manner, intelligently (don’t push too hard until you get more confidence), do the opposite action than what is our tendency. This counter action weakens the reflex in us to hide and when successful reveals our freedom in any social situation.

This may sound counter intuitive or too simplistic, but if you suffer along these lines try these exercises and see if they work for you.

Look for opportunities to put yourself on show:

Suppose you are driving into a parking lot and by tendency look for a quiet place to park away from crowds and people. Instead do the opposite. Park right in the hub of things, allow people to see you. You are just one of the crowd after all, no one will be taking particular interest in you. If this is done often enough, a sense of ease may return. Magnify this sense each time and enjoy a natural social ease.

Practice being ordinary, rather than weird and apart:

We may develop habits of avoiding or absolutely minimizing social contact, not because we are naturally unsociable but because of the pain involved in that contact. To counter this, try being ordinary. Change your thinking about yourself as being apart from others and feeling weird, strange or odd. The truth is we are just part of society—our social landscape—not apart. This will require affirmation and the discipline of looking for opportunities to show yourself without fear of judgement by others.

Occasionally push your social boundary and be outrageous:

When you get a bit more confidence, you may want to go to the nude beach (that’s right, show your beautiful naked body to the world), wear dorky sunglasses to a party, or enroll in a public speaking course (highly recommended).

Be careful, always allow for the public meltdown, if this happens in the course of your recovery to social ease, go back to basics, you will always gain a little more each time.

I am not really writing about happy introverts here, more about those who identify social fear and awkwardness as suppression on their natural being and would like to change this.

Coping with Social Anxiety through Meditation—Does it Really Help? 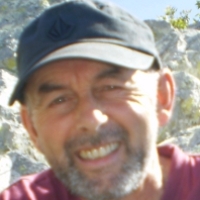