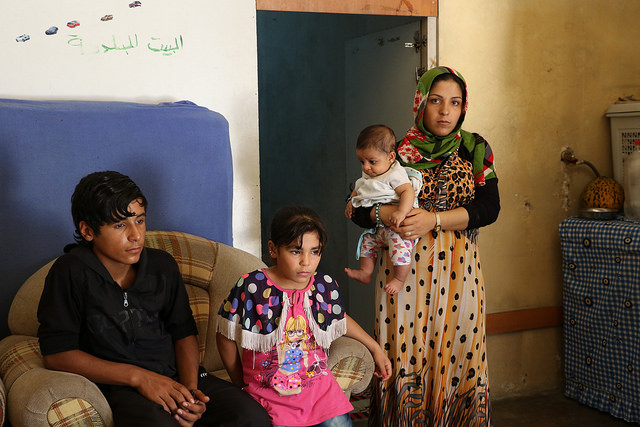 The faces of the bathroom attendants fell when my girlfriend, Sum, asked where they were from.

They had been mocking me behind my back and immediately began to apologize when they realized she was fluent in Arabic. But it turned out they were Syrian refugees, just the people with whom we wanted to speak. And they had good reason to resent the Western tourists passing through the small town where they had settled.

Syrian refugees were being given papers and rights everywhere across Turkey, except for the tourist hotspot of Antalya, according to Ranya, a young teacher from Syria. It seems Turkey wanted to keep the refugees hidden from tourists and the attendees of an upcoming G-20 conference. Emerging states often go to extraordinary lengths to project the right appearance at such international events.

The last time my travels took me close to a G-8 conference in St. Petersburg, the usually colorless police had been asked to smile brightly, as if they were Americans at an amusement park. This time Turkey was sweeping everything under its gorgeous carpets, prepping the roads and making everything shine. If only the people attending these conferences had the depth to see through the mask to what truly matters.

Ranya had been a teacher in Syria, as had Hassan with whom she was talking, along with his wife. But after three years in Turkey they could not find a school in which to educate their children. They had no papers and hence no access to government services, their children could not be cared for in a hospital and the men were subject to arrest. But at least Ranya’s husband was able to find work as a carpenter, and they had a decent place to live. Yet, it all came at the price of perpetual insecurity. They feared the slightest illness of their children, who would not be accepted in local hospitals. And while they might have opted to brave the journey to Europe, Hassan explained he has not yet felt so desperate as others to put his children at so great a risk.

“People say Assad or not Assad,” explained Ranya, “but what we want is peace and security.” She explained that their house had been severely bombed shortly before they left Syria. And even as their eyes shined brightly, they all seemed to agree they had lost hope. They were hemmed in at every turn. They could get papers elsewhere in Turkey, and this would give them access to government services, but they would be unable to work and find a decent place to live. They could leave for Europe and find a better life, but the journey could mean the death of a child. They were divided about returning to Syria, though, with Ranya wanting to stay in Turkey and Hassan wanting eventually to return.

The only hope lay in a negotiated settlement. And while it seemed to them the war would last forever, traumatic events often have this timeless quality. Whether sooner or later, the war in Syria will one day end. Soldiers are not unlike civilians in their tendency to grow war-weary: many a war has ended because the soldiers simply stopped showing up for work. Armies run out of supplies, leaders lose their nerves, external patrons cut off arms shipments, and sometimes the adults get together and decide enough-is-enough.

Former American President, Jimmy Carter, who has played a pivotal role in many democratic transitions the world over, has recently come out strongly in favor of a negotiated settlement. In an opinion piece in The New York Times, he notes that he has known Syrian President Bashar al-Assad since his time in college and believes he is an extremely rigid thinker who will fight to the end if there is no outside intervention. Carter has spoken with Russian President, Vladimir Putin, and says that he would accept a solution brokered by Russia, Turkey, Iran, Saudi Arabia, and the U.S. Under this scenario, Assad regime officials would need to have a seat in any transitional government to be followed by elections. It may not be what the democracy protesters hoped for in 2011, but it would be a chance to bring some change.

It has become quite a typical ending to the great tragedies of our day. Few would have imagined such a fate awaiting Lebanon in the eighties or Bosnia in the nineties, where today we find corrupt but relatively reasonable democracies. Few would have expected Rwanda to become one of Africa’s great growth miracles of the last generation. And no one would have predicted the appearance of the European Union, following the two world wars that devastated Europe in the twentieth century.

A little time spent with refugees can have a way of opening hearts and focusing minds. If Turkish leaders were smart they would not try to hide the Syrian refugees from the upcoming G-20 conference. For they have done an otherwise excellent job of caring for these misplaced persons. Rather, they would throw open the doors and invite them in for Turkish tea. Ranya and Hassan continually emphasized that they felt they had been forgotten by the world. If only they might be let in to tell their story, perhaps the leaders would find the courage to step in and put an end to the fighting in Syria and we could all forget them with a clean conscience. After all, nice countries rarely make the news.

If you liked this article, please friend me on Facebook and join the dialogue.

How Assad Plays the Left & Why It so Often Works.