We’re Going to Die—Accept It. 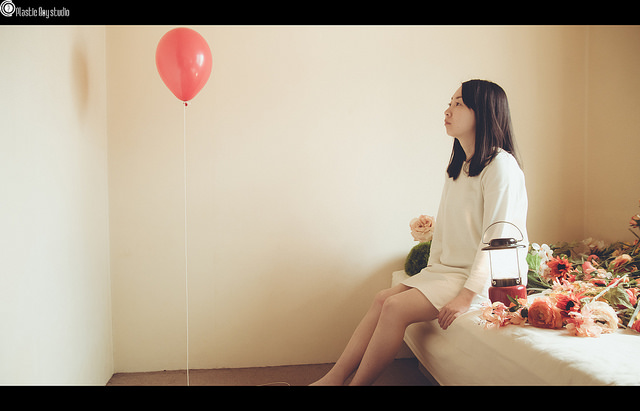 Strange, given it’s the only thing we can be completely certain about.

As the saying goes: Only two things are absolute, death and taxes. But one could move to a tax haven like Switzerland and avoid the latter, leaving the only real absolute, definite, certain thing about life: death.

Most of us don’t talk about death. We don’t consider death and we most certainly don’t think that we are going to die.

Fortunately or unfortunately I grew up in a family where the death talk was very much allowed and welcome. My parents aren’t religious, they never were and it’s unlikely they ever will be. My father in particular made it fulsomely clear to us kids that we could all expect to die, sooner or later, but ultimately it was inevitable.

Often as kids when we were worrying about a minor detail, my dad would remind us to focus on the significant things and not the minutiae because, “We’re all going to die one day, and this won’t seem so important then.”

As a child, my parent’s behavior was infinitely taxing. Reminding a seven year old of their pending mortality seemed rather strange but also quite irrelevant. It also became abundantly clear that other parents weren’t providing their kids with the “death updates,” or reminding someone of the probability of their death on the school playground and it doesn’t make you many friends. I know, I’ve tried it.

Nor does it win you any friends as an adult. Mention the concept of death and people suddenly accuse you of being morbid. But a healthy understanding of death, and the reality that we are going to die, is just that, healthy. And today I’m infinitely happy that my parents provided the gentle reminder to me while growing up.

Many religions and movements have emphasized the concept of death, and our need to come to terms with it, and integrate awareness of death into our daily lives. Tibetan Buddhism is perhaps the most deliberate in this and instructs us to consider the concept of death on a daily basis. Within the daily contemplation practice of the four thoughts that turn the mind toward the dharma, the second reflection is death, mortality and impermanence. Consider it.

Through Tibetan Buddhism the contemplation of death is encouraged so that we can further understand our own impermanence. Our body, our thoughts, and our mind are in constant fluctuation, as is what we perceive to be the real world around us.

Everything is impermanent, which is why Tibetan Buddhism teaches us not to cling to anything, and rather to cultivate the spirit within. It also allows us to separate ourselves from our ego, the person we have created through labels and possessions.

For many of us this concept is too lofty. We think, I don’t want to separate myself from my ego. I like my ego. I like that Chanel purse I just bought, and the expensive car in my driveway, not to mention the highlights I recently had put in my hair. This “me” is important, and most of us don’t want to distance ourselves from our personal identity.

Masons on the other hand remind themselves on a daily basis of the concept of death through objects placed around them. For example, if you were to go into a Mason’s office you might discover a skull, a reminder that we return to dust. A cue indicating that everything moves towards ruin, it’s inevitable and part of this worldly condition.

Seems morbid, but it’s really not. Imagine coming face-to-face with a skull every day, wouldn’t it make you think about your future death and help put things into perspective?

Nobody ever lies on their death bed and thinks: “Geez, I wish I had spent more time at my nine-to-five job, in meetings and pushing paper about.”

Nobody thinks: “If only I had spent more time on that Blackberry answering emails and sending texts.”

And most certainly no one thinks: “I wish I had spent more time updating my Facebook status!”

Imagine what you would think, and then to go further, imagine that day could be just around the corner. Masons believe that a reminder of death and impermanence means that we will live every day more fully, and seize opportunities rather than procrastinate and waste time.

European monks in the middle ages taught the ars morendi, the art of dying. A book called, The Craft of Dying which dates back to this period says:

“Learn to die and you shall live, for there shall be none who learn to truly live who have not learned to die.”

“If I had my life over I should form the habit of nightly composing myself to thoughts of death. I would practice, as it were, the remembrance of death. There is no other practice, which so intensifies life. Death, when it approaches, ought not to take one by surprise. It should be part of the full expectancy of life. Without an ever-present sense of death life is insipid. You might as well live on the whites of eggs.”

Thinking about death, and the reality that it will claim you, or your ego one day, is by no means an excuse to live our lives in the most hedonistic way possible. But it does make us consider what we really value and who we really want to be.

Take a moment to think about it. If today were your last, how would you spend it, and what would you do to make it count?

A Classic Commencement Speech: Steve Jobs (Plus, the Buddhist 4 Reminders).