What Could I do About Paris? A lot, Actually. 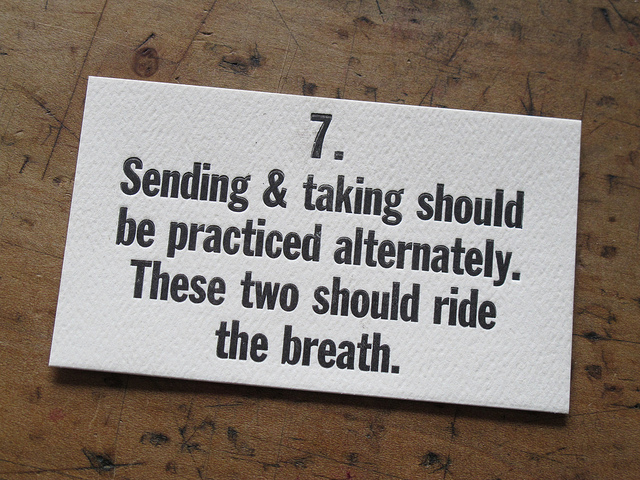 Hearing about the recent attacks that happened in Paris, that continue to happen in Syria, Lebanon, Egypt and many other less publicized places in our world, at first, made me want to run.

I wasn’t proud of this initial reaction.

Looking at the violence and trauma that others were going through felt extremely painful and I felt extremely powerless. It wasn’t because I didn’t care. It was because it hurt.

The bloodshed that I saw in my mind when I read articles or listened to the news actually felt like a black cloud that would settle around my heart. It overwhelmed me to see this and I felt frozen in my tracks.

This week I didn’t talk to anyone about Paris because I didn’t know what I could do to help.

I felt guilty that my first instinct was to turn away from this and their pain. I also wondered if many other people felt the same way?

I was conflicted. I did not want to add any more blame or harm to our world and I also did not want to spread propaganda that would cause further hate, so I remained quiet about Paris and Syria and all the other suffering in our world.

Everyday I practice sitting meditation and it is here I witness, in myself, a smaller war than the one that is currently going on outside.

For the first 10 years that I practiced meditation, most days I wanted to run. I got to know my feelings of being overwhelmed and frozen in life well, through this simple Buddhist practice. Sitting on my meditation cushion, I worked daily on my relationship with my own inner struggles. When I saw that I was feeling frozen about Paris in the same way as when I had first started meditating, I realized it was time for me to face the outward struggles too.

Since my teens I have followed the teachings of the American Buddhist Nun, Pema Chodron.

It was from Pema Chodron’s writings that I first learned the meditation technique of tonglen. She described this practice as being the one we can pull out in difficult times. Tonglen is about doing the opposite of what our instincts tell us to do. Instead of running away from what feels overwhelming, we breathe it in. We inhale our raw experience and on our out-breath we exhale that which would would bring it ease.

With each breath I inhaled this pain. I then exhaled a light. Each time I breathed in suffering, I breathed out peace.

And I slowly started to unfreeze, just a little.

What I could offer right now was the practice of building up my own courage. If I could face these things in myself, I could witness what frightened me in the world.

When I came home today, I decided I could do a little more. I called my mother and I asked her if she wanted to come over and sit with me. We sat down together in the living room under a warm blanket, with her legs on top of mine.

I was still thinking: What could I do to help Paris, Syria and all the others suffering?

It was then I found my mother’s foot under the blanket next to me and I began to massage it lightly. She closed her eyes. Her shoulders dropped and her breathing slowed. She let out a, “mmmm.”

My mother and I spent the next hour taking turns rubbing each other’s feet.

This is something I could do. I could begin spreading gentleness in my own home instead of pain.

Later that night I was able to read several articles on the violence that was happening all over our planet and I knew as I continued to de-thaw that I could still do more. I could create something from the suffering that was occurring. I could write and I could connect with you.

I hope that the ripples spread, that the peace I wish for when I sit reaches, even just a little, further than my own body.

For if it touches even the trees that stand here next to me, it would be enough. I could then understand,
that we practice at peace not only for ourselves. We practice because some place in us knows it is impossible for us to be separate and that the suffering in the world is never singularly ours to own.

In a universe where we breathe the same air and we are fed by the same earth, how could it be any different?

I will practice peace today in my own life in hopes that the ripples spread.

I hadn’t known what I could do about Paris or about the other violence and war in the world, so I froze. It turns out I could do quite a lot. I could witness great suffering by breathing in its pain. I could reach out and touch someone I loved and work on forming relationships of peace. I could also create.

Even if these acts seemed small, I knew they were where I must begin. This is the place from where my mobilization to help the world will build.

In sharing my experience, I hope that we can build together something positive from what is dark. I want to know how it is you have had the courage too, to face the pain in our world and stay unfrozen to it? Reach out and touch someone. Reach out and touch me if you wish. How is it that your ripples spread?

We are not powerless. We are connected. This is how we change the instinct we have to turn away: We unite.