What the Obituary Didn’t Say. 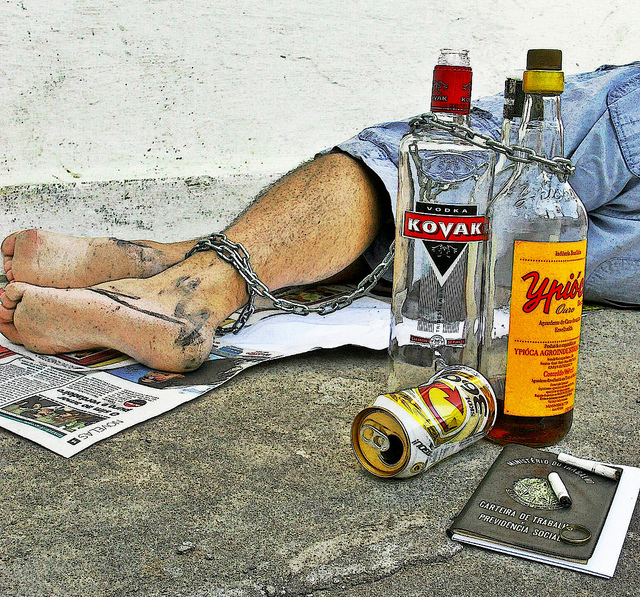 He would not back down, cave, ease up, pull back or surrender.

He was devoted, loyal and stubborn. He soldiered on for one cause. Through cold and snowy winters and in the blistering heat of summer.

No cosmic shift pulled him off course. Not ever.

Not the primal pull of daughters or grandchildren or security or home.

He refused to sober up.

He stayed a raging drunk for half a century and if nothing else I’m astounded that his body endured his punishment.

He couldn’t kick the habit for himself, his wife, his children or even to save his life.

His obituary was the saddest I’ve ever seen; non-descript with just his name.

It said nothing about his life, childhood, relatives, military service, employment or interests. There was a comment from a woman I don’t know.

It was the comment and the lack of other loving messages which made me believe it must be him. It must be the obituary of my father which I have looked for for decades.

I wasn’t there, nor was my sister.

He didn’t know us.

We didn’t know him.

Did he put sugar in his coffee? Did he like mashed potatoes with some of the peel still baked in? Did he butter them up and consider them the bounty of Thanksgiving as I do with the apples, or was he a turkey lover like my daughter?

He never shared a meal with us.

Now even hope is gone: For sobriety. A miracle. A shared smile or meal.

Is he at peace now? What is heaven for him? Is it a baby bottle constantly dripping booze? Does it flow for free and not require he have to buy it or go out into the cold to find more, or does he get to drink hangover free?

Is he relieved not to feel pressure to be sober, sane, employed, happy, fatherly, responsible or alive?

No one can judge his lack of strength, kindness, ability to pay child support or be a responsible and contributing citizen.

Is he a happy drunk in heaven with no one to disappoint and an endless supply of the only thing he ever cared about?

Addiction is a disease and it masks trauma, depression, anguish and helplessness. No one lives without family, love and clings to numbness because it’s joyful, hopeful or redeeming.

Still, I hate the mother f*cking cruel indifference of my alcoholic father.

How alcoholics raised him and shaped and ruined.

And how it sucked goodness from him and how his drinking drained and sucked dry anyone he ever knew.

As best as I know.

Chaos, instability, violence and indifference — the inheritance left to children of alcoholics.

I wasted so many years wondering who or how he was, if love or warmth or food could save him: From the loving parents he didn’t have or if my mother had stayed or if he had kids to try harder for in his presence.

And how I tried to save so many men.

His leaving was a gift I’ve heard throughout my life.

It wasn’t a gift I was able to receive or feel knowingly, as if a bow had carefully wrapped. If it was a blessing, it was accidental.

Maybe it was. Maybe. But I doubt it.

He didn’t drive a car or get clean or sober or become a Dad. He just fathered.

He didn’t do the work of recovering from violence, his childhood and Vietnam. He didn’t work to become someone anyone would be happy to see, or who – from a distance – sent cards or money to the mother of his children.

Not a penny or a dime. In fact, he cost us quite a bit. It feels so harsh and bitter.

I know it’s not that simple — but I don’t know what it is instead.

This winter I won’t worry if he’s cold or old or lonely.

This winter I won’t worry if he has mittens or a hat or if my smile makes me look like him.

Yesterday, I rode the subway for the first time now that I know he’s dead. I didn’t look for or think about him.

I gave $1 to a homeless guy with a cardboard sign and filthy hair and teeth, and glasses dirtier than my forever smudged ones. I didn’t look for my nose on his face. I didn’t wonder if we were related.

I walked away in the wrong direction, stopped and turned.

“Where you going?” he asked.

I started walking before he could respond because I was embarrassed and trying to get to a meeting.

I thought I heard him calling “Miss. Miss. Wrong direction.”

I turned and it was him telling me which hall to go to get to my stop.

A homeless stranger helped me. I let him.

Maybe he has a daughter. Maybe she’s out of reach.

It felt nice and good, for a moment.

We’re not separate. Maybe he knew we were kin; not blood related but in this mess of life together.

I’m not only angry or sad or bitter.

My heart is maybe even a little more open, a little less frightened of the pain he’d rain on my life if I let him in. I always worried, wondered and tried to find the way to work the space his absence took from me.

The presence of absence.

Now that he’s dead, I can imagine him sober.

Loving, looking out like a father spirit, one who directed that guy to help me out.

Even if it’s fiction, I don’t care.

Call it God or synchronicity. I give myself what I need; what fills and fuels.

I can’t change the past but I can feel more whole and hopeful.

My name didn’t make the obituary, nor did my sister’s —but I can write myself in.

I can add that he served in Vietnam and that service was not nothing, no matter what else he didn’t do. He was a solider. My sister has the dog tags to prove it.

And it, and childhood and alcohol claimed him.

And that’s not written anywhere, but it should be.