What we may Need Now Even More than #prayersforparis. 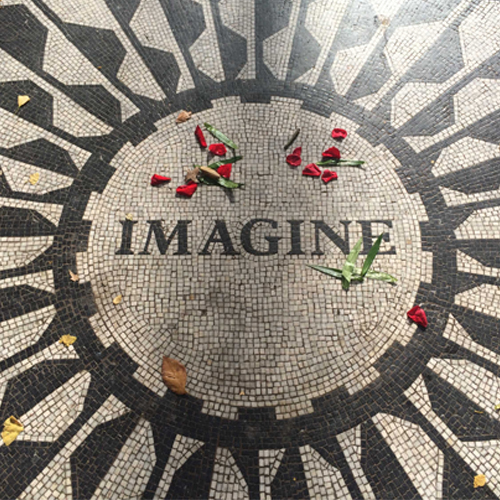 I was in New York on September 11, 2001. Afterwards there was a trail of black smoke that blew from the World Trade Center out over Brooklyn (and right over my apartment) for days.

Later that fall a woman in Canarsie (a neighborhood six miles farther from ground zero than my Park Slope apartment) showed me papers that fell from the smoke trail and landed like leaves in her backyard. They were unremarkable pages with charts and numbers on them although some also had handwritten notes.

I also remember the compassionate feeling that lasted amongst New Yorkers for days and weeks afterwards. People regularly held the door open for each other in public, at places like banks where we normally rushed in and out anonymously. Shops with copy machines donated printing in an effort to help to people who were looking for lost loves ones and posting flyers with photos all over downtown. There was a pause and a thoughtfulness that came over us—suspending the city’s wonderful chaos and usual fast pace—and it felt as though we were responding as a community.

Since then, I’ve been much more attuned to the innumerable terrorist attacks all over the world. Lately I’ve been thinking about how we as a global community respond to terrorism. Are there common characteristics of our responses to these attacks and, if so, are we doing any good or are we just contributing to the chaos?

As we all saw online, in the attacks on Paris on Friday, November 13th, there was an immediate outcry of compassion, sympathy and solidarity on social media. Many responses included the hashtag #prayersforparis. Within hours people were asking why the same empathy was not being extended to citizens of Beirut who had just suffered a similar attack. And the very same night the attacks in Paris became an opportunity to claim relevant-ness of a number of controversial social and political agendas, as described in a New York Times op ed. Suddenly our communal response had been re-directed from compassion for other human beings and toward divisive issues like gun rights, patriotism, Syrian refugees, abolition of religion, institutional racism and more. These issues deserve consideration, discussion and debate but I wonder about the rapid breakdown of unity.

I’m trying to understand what I saw happen on social media. I can’t help but observe that the amount of time we were united in response to the attacks had been reduced from a number of weeks after September 11th to a number of minutes after November 12-13. For a few moments we all came together around shared values of human life but it dissipated so quickly. As long as we allow this kind of breakdown in shared empathy to happen and as long as we respond to each isolated act of terror—city by city and incident by incident—the breakdown itself is becoming the central shared characteristic of our global response to terrorism. As a global community we express compassion for a brief moment and then are driven into vitriolic pockets of isolation. Is it possible that this kind of breakdown is precisely part of what the terrorist movement is relying on?

For a few moments on Friday night, everyone–even the people who found an opportunity to talk about their personal political, social agenda—were united in one thing: compassion for love of our fellow man and woman, pain and outrage that innocent human lives are being lost. I wonder if we—all the people of the world who were united in grief and outrage at the loss of innocent lives in Paris, in Beirut, in Kenya and everywhere—need to create a unifying global response to terrorism. Can we collectively ask and identify what it is we really care about and are outraged about and define a global response and movement that transcends national boundaries, religions and other passionate points of view?

Here’s what I fear: I’m afraid that hashtags like #prayersforparis #prayersforbeirut and #prayersforkenya have the result of driving us into further isolation, and worse, into self-interest, rather than unifying us in love for life, love for humanity, love of justice. Ultimately all of the bereaved and enraged responders believe in the same things: that terrorism is wrong, we are sick of it and we don’t stand for it anywhere or it being inflicted on anyone. Might the force of our shared compassion serve as the foundation for a global movement more powerful than that of terrorism?

It seems clear that the way we collectively respond to terrorism now is not having a forcefully positive effect. But it also seems clear that we have shared values to build on. Instead of one-off, localized responses, what about a global unified people’s response to terrorism? What if we start with hashtags like #prayersforhumanity #onelove #imagine #humanityaboveallelse? What if we build our lives around the compassion and shared values that we recognize in moments of crisis? Can we create a new way of responding before too many more lives are blowing away like leaves in the wind?

The way we respond on social media will just be the tip of the iceberg, but, together, maybe we can make a difference.

A Provocative Prayer For Paris & The World. 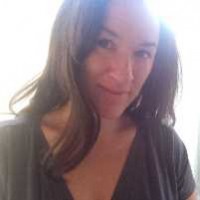