When Pacifism Meets Paris: A Call to “Arms.” 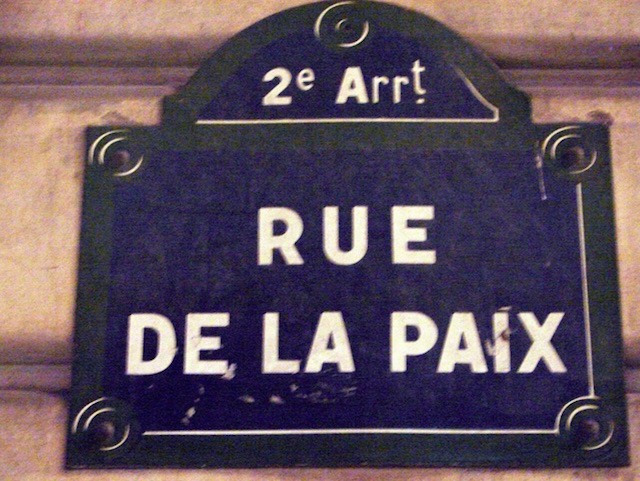 At my very core, and with every bone in my body, I’m a pacifist.

For 30 years, despite the September 11th terrorist attack and my grandparent’s stories of war, I’ve marched to the tune of borderline anti-militaristic values. In many ways, I’ve attempted to embody the Swiss: completely neutral. Or, perhaps, completely ignorant.

Over the years I’ve distanced myself from violence—refusing to watch television programs or movies with gory scenes and avoiding webpages with highly detailed photographic images of such acts. I’ve wanted to believe in peace and second chances and ending conflict with rhetoric non-violence that in nearly every way I’ve attempted to maintain a state of ignorance of the level of corruption in the world, despite that I’m not actually ignorant at all. I’ve merely hoped things would not progress such that I could be. The illusion of ignorance, while a fraud, has been a comfort. It’s prevented me from having to face the realities I have so desperately wanted to ignore. I suppose ignorance truly would be bliss, could I achieve it.

But ignorance is hard when 128 people in Paris and hundreds more worldwide are killed in terrorist attacks at random.

If I could have my way, in some ideal world, there would be no violence.

Ever. In fact, in this world there would be no troubles at all. We’d have rainbows and butterflies, gushing waterfalls and banquets of food for everyone. Poverty is but a myth, disease mere folklore. Weapons of any kind do not exist. War does not exist. Love and kindness is all that surrounds. Dear John, Imagine how lovely.

Yet this is not our current reality. Perhaps one day, but not today. The cold, hard fact is that there are truly people in this world who do not abide by the dream of this wonderland I describe.

When it comes down to it, the truth I’ve so much wanted to avoid—and the truth I’d argue so many of us want to avoid—is that despite my deep pacifist roots, I’ve always known I’d be capable of violence if it were truly necessary. I’ve built it up in my mind that violence of any kind is bad (which it is, in theory) and the true high road is to supersede it (also true, in theory). But somewhere deep down I know that just like I want to believe I’ll never fight or disagree with my future spouse, I know this to be inevitable at some point. It’s not necessarily right, only true. In this we are infallible, at best.

Yes, it takes me significantly longer to reach a violent state, and yes, I have to fight my own passive nature and try every other brainy resolve first, but I’m not actually as naïve as my 5’1” slight frame or largely liberal values imply.

We are human. I am human. In the right situation I will defend what is right and true.

Besides, as one of my latest suitors has informed me, I am “frustratingly moral” and stick to my guns (pardon the expression) when the time comes.

I am not an expert on foreign policy or relations. Without top-level clearance, I am at the mercy of the media for information and it is therefore incomplete, rendering me presently useless for providing the best solutions. I am also not an expert on military operations, despite having lived on a U.S. Air Force base in South Korea for two months.

Here is what I do know:

When I read the comments in the New York Times thread, covering the attack on Paris, I saw a comment by a Frenchman. He was making a plea to Americans, on behalf of his country, and informing us that our support makes it a little bit better. He referred to us as comrades, the ones who have sided with them in fighting the Nazis and the ones who are allies. He spoke of the stories my grandparents told me. He said that in times like these the world looks to us for leadership.

It struck a chord.

Our role as Americans still matters.

Somewhere in my mind I know this, but it does not seem as readily apparent as in the days of world wars. We are being reminded that we are still in our prime, where what we do and what we stand for really, truly matters, and sometimes it means the difference between life and death.

Unfortunately, as an individual, I can’t do much to manage the ISIS crisis. What I can do is vote for someone who can, without further ado.

On the day of a large Democratic debate, I will no longer stand by in ignorance.

Skip the formalities. Skip the political pandering. For the people of France, for the people across the world, for us, stay real and stay true. Tell us unabashedly, and with all the information and experience you have, what you feel is our best course of action. Let us see the strength of the Democratic Party in an area many consider a weakness. Tell us if you will, like I would, take every pacifist opportunity first.

Then tell us if and when you’d pull the trigger.