Why should the Life of your White First World Child be More Valuable than that of a Political Refugee? 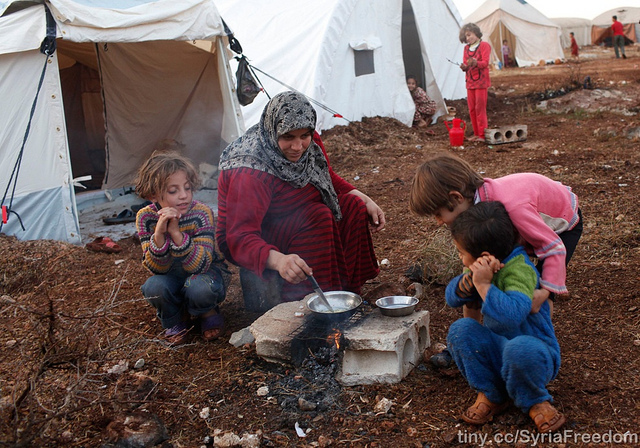 “Before you speak to me about your religion, first show it to me in how you treat other people; before you tell me how much you love your God, show me in how much you love all His children; before you preach to me of your passion for your faith, teach me about it through your compassion for your neighbors. In the end, I’m not as interested in what you have to tell or sell as I am in how you choose to live and give.” ~ Cory Booker

We can’t preach of love and acceptance if we aren’t ready to act upon our words.

I have been sitting in silence for too long.

I have seen the images of children washed up on shore, dead from trying to escape a prison that they had no control over as my own children were safe sleeping warm in their beds.

I have seen fear grip this country and surrounding nations hearing news of border closings.

But I can’t stay silent anymore—because something important is shifting in our general consciousness of how we relate to others.

We can choose fear and short sightedness or we can simply choose love.

Many people have never come into contact with a political refugee—they have never seen the fear in their eyes or their children hanging tight to their long skirts.

My first summer with these students, I was rendered speechless by their stories—I have lived most of my life in one particular geographic region and had never known that we had such a high number of political refugees placed here.

It was as if the veil to the world I knew, was suddenly lifted—and after that, I was never the same again.

The first summer I met a young boy who had been a child soldier in Ethiopia.

When I met him he was 12, and was first recruited as a soldier at the age of five.

He talked to me about using a gun, and what it was like the first time he had to fire it. As he told me his story, he let the tears fall down his face without even trying to hide them. This boy constantly expressed gratitude for being allowed to move to the United States and getting to go to school.

He says the greatest part is now he and his sister can just be kids and play outside together.

And my first thought was: when did it become rare for children to actually get to have a childhood?

This boy’s story isn’t a unique one—he is just one of millions who have had to leave their home country because it became unsafe for them to stay there.

I’ve talked with students, who walked with their families for seven days, across Sudan, to get to a UN Refugee camp; I’ve heard stories of how much my Nepalese students miss the temples and the monkeys who would play around them during the day.

And I’ve heard the heartbreaking stories of students who talk about how their older sisters and mothers were raped while their brothers and fathers were forced to watch.

I’ve cried tears for these children—because at the end of the day, there is nothing that should separate them from my own two daughters.

I have had the privilege of meeting children from Syria, Somalia, Iraq, Ethiopia, Sudan, Nepal, Guatemala, Dominica,  Vietnam and more.

I have talked with these students; I have seen them cry as the memories of their experiences washed over them.

And I have talked with them about their drawings of bombings, of gunfire; helicopters and UN supply drops—because that is their reality.

The truth is, there are millions of children all over this world who fear for their lives.

Just because they did not have the luck of being born into a first world country doesn’t mean that they don’t deserve the chance to have a childhood and to live.

I don’t understand how, in between our religious beliefs and words of social good, did we somehow forget that change starts within each of us.

Growing up, my beloved Babci always told me to treat others how we would want to be treated. If we did that, then how would we treat those fleeing from Syria and other countries suffering from political and civil unrest?

If we suddenly were faced with war here on American soil, if we had nothing but our children and a few belongings to our name, how would we want others to react to us?

Would we want them to close their borders to us, because of fear based simply on where we were born?

Or would we want them to extend kindness toward us in our darkest hour?

Would we hope that they would see themselves in our tears? And that our children’s eyes so full of fear would strike a chord within their own hearts because it would remind them of their own?

The truth is, we are much more similar than many would believe—we are not people divided across imaginary borders, but a collective humanity that is only as strong as our weakest members.

A mother in Chicago is no different than a mother in Syria.

A child laughing and playing in the streets of Baghdad is no different than those playing in New York City.

Their only crime? Being born in a country that suffers from instability.

Children deserve all of our compassion and love—not just those born to middle class Caucasian families within first world countries, but all children.

To be a person who truly believes in doing the right thing means reaching out across borders and prejudices to simply help those in need.

Because that is the right thing to do.

The truth is, my child has no greater value than a little girl in Syria, nor is she any less special, amazing or loved.

And it is because of this reason, that I will continually open my heart, help and extend love to all of those who are at the end of the day just trying to protect their children.

Because love knows no limits—or nationalities.

“At the end of the day, we’re all just walking each other home.” ~ Ram Dass