10 Lessons from Mothering a Teenager Through Cancer. 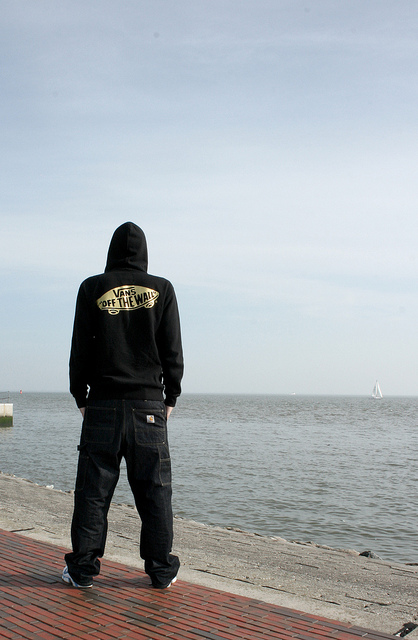 In late September 2005, my sixteen-year-old son, Nick, sat down next to me on the couch and told me that he thought he had testicular cancer.

Knowing that Nick had a streak of hypochondriac in him, I was convinced he was being overly dramatic about some swelling in his groin.

Nick was diagnosed with pre-cursor B cell lymphoma and put on a two-year protocol of chemotherapy. In a single, mind-numbing moment, our family’s priorities, conversations and just about everything else in our daily lives shifted to a single-minded focus on the survival of our child.

Our family went from one who barely used aspirin and Benadryl to one that had chemo drugs on the dinner table. It was a world no one wanted to enter and, yet, there we were—unwilling travelers on a bus ride in Hell.

Parenting a child through a life threatening illness is both scary and exhausting. Paradoxically, it is also a petri dish for rapid personal growth. The lessons that it taught me were often adopted reluctantly, with teeth gritted in resistance to their wisdom. But ultimately, what I learned changed me then and continues to guide my life today.

Here is what those years on the bus showed me:

Many people showed up to help—but few knew how or what we needed. Sometimes it was easier to say “we’re fine” and turn down the offers of assistance than come up with ideas.

Some people didn’t show up. It wasn’t about me.

Doctors and nurses are amazing and compassionate people but they are also human. They weren’t always right. Sometimes pushing back, asking for second opinions and disagreeing was appropriate and, perhaps, even required to make sure Nick received the best care.

When it was for my son, I was willing to take almost any personal risk. Love won the battle over ego and fear, almost every time.

“Mom” was just one of the many hats my son needed me to wear. I was also Nick’s advocate/nurse/ insurance negotiator/therapist/fighter of drug induced demons/short order cook/warrior/and researcher. I wasn’t equally skilled in every role. That was okay.

When I didn’t put on my own oxygen mask first—finding time to sleep, exercise, cry, eat reasonably healthy food and read the occasional trashy romance novel, I became whiny and rather unpleasant. No one benefitted when I ran myself into the ground.

There was fine line between nurturing my son through cancer and enabling him to become a brat. Behavior that was usually not acceptable (not making his bed, midnight runs to 7-11 for slurpies when his mouth was on fire with canker sores, verbal explosions and staying up all night when the Prednisone had him on edge) got a pass when he was in a bad spot from the effects of chemo. That pass was revoked when he was feeling well.

Nick preferred the super nurturing/forgiving/waitress mom. I was more focused on getting him through cancer without turning him into a self-absorbed and demanding young adult. That being said, telling a kid “no” when he had cancer often felt pretty crappy.

“Normal” can become an irrelevant word when your child is seriously ill. For us, it just highlighted what we couldn’t do, at least right then. “What works” was a more productive way for us to look at our lives.

Prayer can create miracles, in whatever form it takes. It didn’t matter if we used the same prayers or even had the same beliefs. When hundreds of people come together to cherish a child or a family, amazing things happened. We were the recipients of more than one miracle during that difficult period but answered prayers didn’t always look the way I thought they would.

Finally, the most important lesson I learned was one I had taught, as a leadership consultant, around the world in the years preceding Nick’s diagnosis. Inspired by Viktor Frankl’s example during his incarceration in a concentration camp in World War II, I had worked with hundreds of leaders—helping them to determine how they would lead, regardless of the challenges of the situation, and despite the behavior of others.

“Who do you want to be?” was the question I asked them.

When I asked myself that question after the initial shock wore off, the answer came quickly. I wanted to be positive, focused and present. Those intentions became my mantra, my North Star—my secret weapon against this invader in our lives. When everything seemed out of control, how I conducted myself and chose to live my life was always within my reach.

Of all the lessons that I learned, this was the one that saved me most often. It still does every time something knocks me off balance and I can’t find my way out of the muck and mire of my own fear or ego. “Who do I want to be” helps me find my way back to being my best self.

Nick and I made it through those impossible years and Nick is now eight years cancer-free! My prayer for you is that your child, or any of your loved ones, is never seriously ill. My hope is that if, by chance, you join our ranks one day, what I learned will make your journey just a little bit easier. 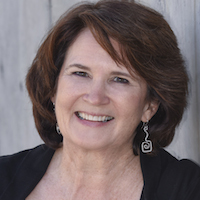