7 Simple Steps to Save the World. 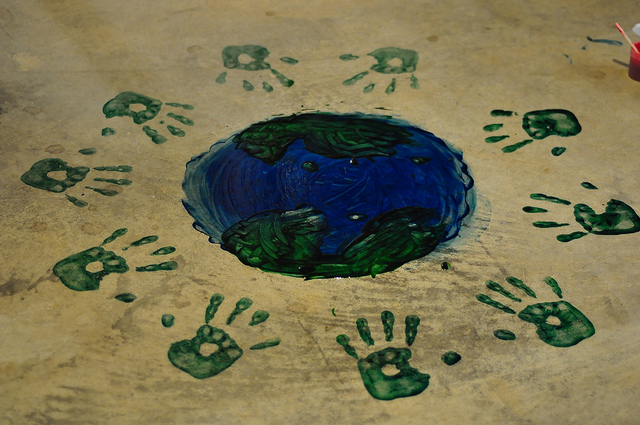 Right now, Earth is in some seriously trying times.

I’ve spent the last four months as an elephant journal editorial apprentice. During my apprenticeship, I’ve read lots and lots of elephant journal pieces. I’ve learned a lot more about all the problems of the world, and it’s been a bumpy road. I wanted to make a difference, so I’d make outlandish personal claims that I’d never be able to stick with.

One week I would swear I off meat and animal products—only to cave into my cheeseburger craving the next day.

I decreed that all clothing purchased henceforth would be fairly traded or domestically produced. Then Anthropologie had a really great Black Friday sale, and I got the cutest orange dress for only $50! And you should see this hat I got, adorable. Oh wait, dang it. Not Fair Trade, not domestically produced, and definitely not needed. Plus, Anthropologie is owned by Urban Outfitters, and their top management is basically the spawn of Satan.

I claimed I would start composting, practicing yoga, meditating and actually getting my to-go coffee in a reusable cup. Spoiler alert: I haven’t actually done any of these things.

It’s easy to become overwhelmed with all the problems of the world, and the helpless feeling of not being able to do anything about it can lead to a major case of the blues. To help at least a small bit and keep my sanity, I’ve come up with a few simple ways to be a better person. This definitely is not an extensive list, just the few things I’ve done to help out:

As an editorial apprentice, one of our jobs is posting to elephant journal Facebook pages. I’ve been spending a lot more time on Facebook this fall, and I’ve noticed that it’s so easy for people to post what they hate and write negative comments.

Complaints abound in our society. Complaining about the weather can be an easy conversation starter, and we all love to whine about our jobs, politics, spouses or anything else that bothers us. But, all that negativity starts eating away at our psyche. We become negative, pessimistic people.

Complimenting others can have the same effect, just in reverse. We become happier by spreading happiness and positivity to others.

Also, we don’t know the battles that everyone is fighting. A few kind words to passerby can mean a lot more than we will ever know. That’s why I’m trying to compliment at least one person per day and leave my rants off your newsfeed.

2. Be a Conscious Consumer.
Editing our consumption patterns can bring about a lot of positive changes.

By simply buying less, we help keep our bank accounts happy and cut down on waste.

By purchasing fairly traded items, we are providing much-needed income and opportunities to impoverished people in developing countries.

By choosing to buy from a small business, we are helping boost our local economy. And, let’s be honest. The customer service, products and pretty much everything is better at the cute little boutique than at Old Navy.

3.Be a Big Brother or Big Sister.
One of the best things I’ve ever done was become a big sister in Big Brothers Big Sisters. I was matched with a super cool 13 year old girl. She loves sushi, the renaissance faire and rock music, three of my favorite things.

I spend an hour per week with her, and hopefully show her that doing well in school and staying out of trouble can be kind of cool. But, we mostly joke around and eat lots of sushi and frozen yogurt.

4. Adopt a Shelter Pet.
You don’t need a pedigree dog or cat. You need a buddy. Find your next best friend at the shelter. Shelter pets love just as much if not more than breeder’s dogs.

If you can’t have a pet in your current housing situation, reading to the cats or walking the dogs are great alternatives.

5. Recycle.
We’ve been told this since kindergarten, but recycling can make a big difference. Get a few trash cans, separate your stuff, and throw it in your local bins. It’s easy, good for you and good for the planet.

6. Donate.
While grocery shopping, grab an extra can of soup for the food bank. Use that 2 for 1 coupon to get some kitty litter for the animal shelter. Take last year’s coat to Salvation Army. Save $25 each paycheck then donate the total to a charity of your choice. There are tons of ways to donate and support organizations that will make a difference.

7. Eat Less Meat.
Going totally vegan didn’t work for me. I’m not ruling it out in my future, but for now, I’m just trying to consume fewer animal products. I started the VB6 diet, where breakfast and lunch are vegan, but dinner can include meat or animal products. Even simply switching from cow’s milk to almond milk can help reduce the demand for factory farming.

This list certainly isn’t exhaustive, but these changes should be easy to make and with the butterfly effect we can make the world a wonderful place.

6 qualities to Instill in our Children so they can Change the World.

5 Ways Millennials Can Use Social Media to Change the World. 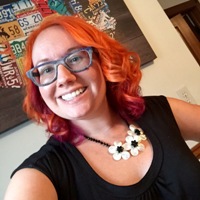