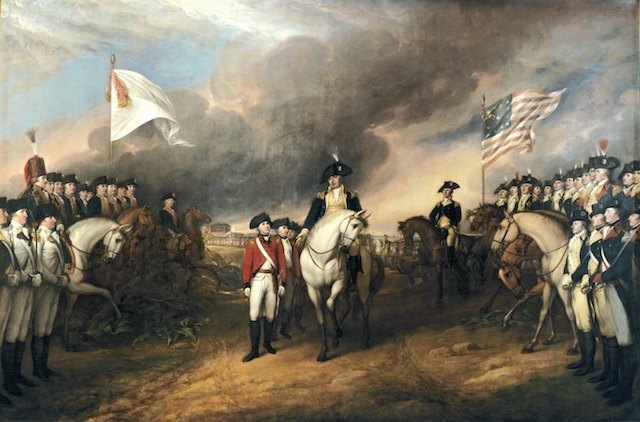 There is no word in the English language to describe the point at which a human system becomes so complex its parts can no longer recognize one another and thus split into fragments. It is a moment of sclerosis much like that in America today, a moment easily recognizable to students of empire.

America may be the most complex civilization ever to appear on the face of the Earth. Due to its high population and level of economic development, it probably possesses the highest number of artifacts, of occupations, and of techniques. More than in perhaps any other nation, Americans must learn more, tend to more, and keep up with more simply to function. Hence, all-too-many fall behind.

The challenge of keeping up with so much has, among other things, prolonged adolescence and lent to the culture adolescent propensities. Like adolescents, there is a tendency for Americans to feel their lives to be in perpetual flux, to believe they have never arrived, to experience themselves as somehow incomplete. This experience of life and the world is unsettling and results in a tendency for Americans to seek the path of least resistance.

But given their complexity, preserving American institutions demands of Americans a marked degree of maturity, for it takes maturity to patiently sort through complexity. Managing the social complexity requires a labyrinth of government bureaus, the purposes of which are to most Americans a mystery. Government bureaus regulate commerce and cleanliness, building codes and traffic safety, air pollution and product quality, yet few Americans really understand what all these agencies are doing.

The bureaucracy has even taken on functions of the family and community, which have ceased to carry out many of their traditional roles. Government bureaus seek to prevent childhood obesity, regulate visitation rights, assure inoculations, and generally guarantee a safe home environment. The bureaucracy more generally serves to bind together an immensely complex social experiment in post-industrial culture for which there is no previous historical precedent.

It is not nearly enough to simply wish away the so-called “nanny-state” as many libertarians and conservatives do or to actively work to tear it down. For it carries out a multitude of vital functions that cannot be easily replaced. It is because citizens cannot understand the bureaucracy that they tend to condemn it as excessive. Yet as soon as one constituency speaks of cutting a program, another rises to defend its purpose, for most of these programs do meaningful work. The result is an increase in government bloating, with all its attendant debt, which lends to the social system the appearance of a clumsy old dinosaur.

Higher taxes would settle the problem once and for all by bringing debt relief and the sense of security that comes with knowing there is a social safety net through which one is unlikely to slip. But too few Americans respect the system enough to give more for its maintenance. To paraphrase Nathan Glazer, a social democrat often pigeonholed as neo-conservative, one longs for the clean slate of the New Deal days, when it was possible not just to preserve old government programs but to create the right ones.

America is locked into a social and bureaucratic complexity from which there appears no exit. Lock-in is common for successful civilizations. China experienced a long slow lock-in over the course of several millennia through the development of extensive dikes used to control the muddy Yellow River. With each passing generation more silt accumulated, and as the dikes grew taller, the threat of flooding and the costs of control only rose with the waters. Until quite recently, the system of dikes was an impediment to economic growth. The Ottoman Empire was similarly locked into its own internal logic. An empire of lesser regional powers and diverse ethnic and religious groups, the Ottomans for centuries encouraged extensive local autonomy. But to compete with the emerging nation-states of Europe, they needed to homogenize their legal system and build an army of citizens, and this required subjects to identify with the state. Without a vigorous program of modernization that state would fail. But instead of lending allegiance to the Empire, Ottoman subjects tended to use the breakdown of the state as an occasion to call for their own.

America is locked into its own system of bureaucratic complexity. The system lacks adherents, because few can comprehend its labyrinth of departments and functions. Yet, without supporters, leaders lack the political capital needed to carry out the reforms that might allow for renewal. Meanwhile, the budget is strained by increasing wants, few of which citizens appear willing to forego. Americans of all stripes have grown literally and figuratively fat. The military, the debt, the bureaucracy, and the rhetoric are all bloated.

It is a classic fin de siècle, the decadent close of a passing era, accompanied by simultaneous outbursts of apocalypticism and creativity. We are educated enough to expect the fall of Humpty Dumpty; we even possess the tools needed to set his injuries; but we all-too-often lack the will and the sense of purpose needed to join together to put him back together again. It is little wonder Americans are consumed with an increasing sense of vertigo.

But as one era closes, another beckons to take its place. American civilization is far from spent. Perhaps America will fall gently, an institution here, another there, becoming in the end a decadent and incoherent facsimile of its once great self, an old warrior looking back on better days, but not fully broken and still able to function, in some ways like the British and French of today. Perhaps America will be superseded by other rising powers, becoming one among many in a multi-polar world, with slower growth, a weaker military, and a humbler leadership role, but still an undisputed great power. Yet perhaps, like an aging leader, handing off the baton, to a younger and better-adapted protégé, America will yield to an emerging global civilization, in the same way the British handed their empire to the Americans.

However America manages its imperial decline, we would do well to look to states that have passed through a similar crucible. One would be hard pressed to find a great power, which dispensed with its empire anytime after the First World War that is not in better shape today. The Turks, the Russians, the British, and the French; the Germans, the Japanese, the Spanish, and the Portuguese are all better, by a multitude of measures, since having dropped their imperial ways. Correlation is not causation, but it is a noteworthy correlation nevertheless. America after empire might be better than before. And if the dissolution of empire is performed with care, with America passing the baton not to the next great power but rather to the world itself, the world itself will be a better place as well.

This is a loose excerpt from Convergence: The Globalization of Mind.

The Beirut Bombing We just Missed & Why it Might Matter More than Paris.