Broken & Brave: When Bad Things Happen On the Road 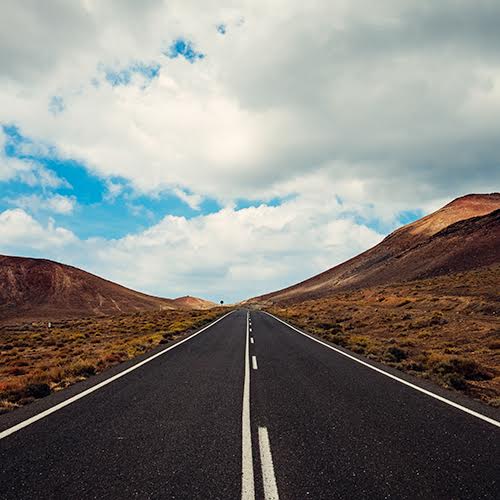 I hover over a bathroom sink in Thailand scrubbing my shoes with a sponge and cleaner that smells of cherry and disinfectant.

My sneakers were once bright and colorful—they would attract compliments and questions as to where I bought them.

I discovered them on a rainy day in Glasgow, after destroying my first set of shoes hiking Isle of Skye in Scotland. I could barely walk around the clammy, cold town as my heel throbbed in pain from a mud caked pair of low hikers I had bought for my year long trip around the world. They were the classic case of being comfortable in the store and now causing me to hobble and cringe my way through the streets with only one goal, to find new shoes.

I threw practical out the window and bought my floral patterned, Nike Pegasus sneakers with a twinge of happiness. I would be cool again, not trudging around in functional, but with flare. I knew I wouldn’t be hiking again for a while and my two week old pair of hikers went right into a garbage bin on that drizzly street.

A new bounce in my step led me on my way to the rest of my year on the road.

Now these tropical looking trainers with an array of flowers, outlined in black, have been half way around the world. I’ve stood atop cliffs, washed them in sea foam, leaped over lava, tripped over the uneven streets of Rome, and now I wear them zooming around on a motorbike on a small island in southern Thailand. As colorful as they are, they’ve also seen some darker days, as traveling constantly increases your contact with people; it also increases your chances those people will fall to error and jeopardize your sense of safety.

I wore them on a beach dripping wet in Spain and started to put my clothes on over my bathing suit because there was nowhere private to get dressed. My host told me to change on the beach, laughing that I was beautiful and who cares who sees me. “I do!” I replied with a stubborn firmness.

I wanted to shout at him though he’d never understand: Yes, I’m young and beautiful, but I can’t put it on display. I can’t be free.

I can’t strut around or wear revealing clothes when I’m alone because it just breeds unwanted attraction from men, possibly even him. I didn’t want to get into it with him, as men are the source of my defensive nature. I didn’t want to tell him what I didn’t even tell my family. That some fool of a male already couldn’t control himself and tried things I did not invite or want.

The experience left me more on edge…more fearful and more disappointed in men than I already was.

I grimaced as I recalled the time in Croatia. I waited for the wife of the man who stood by me to arrive. I was hot after walking uphill in the summer heat to the house I planned on renting a room in. As I looked around in the living quarters of the couple, I had a sinking feeling and wanted to leave. They both slept in the kitchen, their unmade bed opposite the kitchen table I sat at now.

The place had a stench of cigarette smoke and an energy that made me feel a million miles away from home. The old man placed a plate of unwashed grapes in front of me and offered me a glass of wine in a mix of broken English, Croatian and sign language. I declined. He pushed the fruit closer and I took one to be polite.

I fanned myself as my face was red with exertion. He jumped up out of his chair and grabbed a dish towel from the sink behind me. He then proceeded to giggle and smile as he awkwardly fanned me with the towel. He found himself funny as he hit my nose with it, pretending to cool me off. I flinched and turned my head to avoid the next hit as he stepped back behind me.

Suddenly and unexpectedly I was in a headlock, his rough stubble smashing into my check and his kisses running over my face as I squirmed in repulsion in my seat. His one arm held me tight as the other traveled down around my neck to the top of my shirt and entered to reach for what was inside.

My body tensed with fury as I realized what he was doing. In one quick move, I pushed him forcefully off, grabbed my backpack and ran out the front door. I heard his call and saw his look of panic as he realized what he had done.

I was gone down the street, my shoes quickly crunching on the gravel, heart racing while filled with rage and disbelief over what happened. As I made my way into town, the feelings turned to desperation and sadness as I sat at the nearest cafe to gather myself.

My mind rang with my mother’s words: “They prey on pretty girls like you.”

Heading out on this trip I was so confident: I had the common sense and smarts to get me through most situations; I didn’t party, go out at night or put myself into situations where something like this could happen; I never considered the hosts of the homes I’d stayed in to be a threat.

Some were simply amazing.

Now I sat, deflated, confused, enraged, exposed and alone. I was in the smallest town with nowhere to stay and no one to talk to. I had such high hopes for this village. It was exactly what I was looking for to escape the high season of Europe and into small town charm.

My dream of paradise was quickly shattered by some old fool who couldn’t control himself.

I wanted to leave, the trip having been tarnished—how could I possibly enjoy myself here now?

I managed to pull myself together in the end, arranging new lodging and turning my bad experience into a good one. My nerves settled and I relaxed into the town, swam every day in the sun and ended up loving where I was.

The new place I stayed at had such kind and welcoming people, plus a view that helped heal my heart.

I’ve had so many good memories since then. They layer themselves over that long ago bad one, making a quilt of protection and warmth, eventually burying that incident so deep it almost doesn’t exist. A faint echo will call from time to time when I need to be safe, research and tune into my surroundings more.

I learned not to go running home at the first sight of danger.

I learned to not let fear ruin the journey.

My shoes have delivered me all the way to Asia safely, though they no longer resemble the bright, clean and fashionable trainers they once were. They are broken in, just like me. I’m stronger, happier and more confident than I have ever been in my life.

My shoes sit outside of my bungalow in the sun drying today. They look renewed after a good washing yet still bear the marks of a well-traveled life. 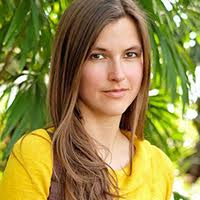