Fear versus Intuition: A Personal Story. 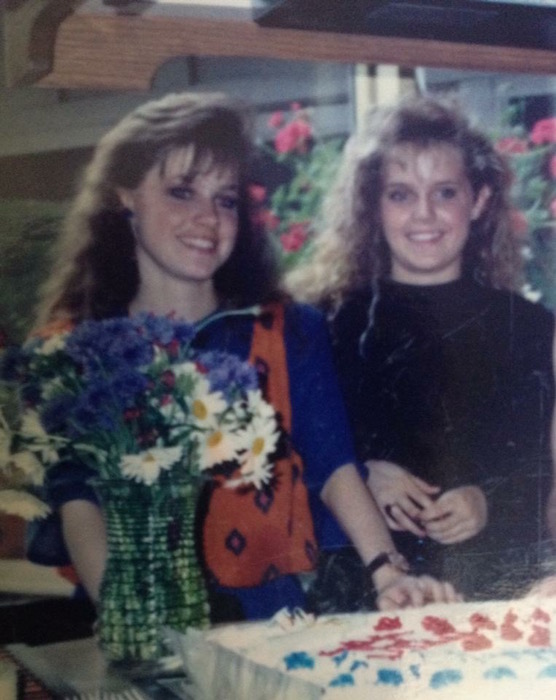 She heard a loud sound, and when she awoke, she realized her door had been kicked in and she was being dragged by her hair to another room. This man held a knife to her throat, and forced himself inside her.

Intuition is fear’s kinder cousin. It is the voice that speaks within us, guiding us, to what we instinctively know is right or wrong.

I was awakened by voices. I could hear my mom crying, and my dad speaking in low tones as he always did when it was serious. His cadence rhythmic. I rubbed my 14 year old eyes, and made my way to the bathroom. My sister was home. She was in the living room with my parents, and my brain began to register that she was wearing a hospital gown. The girl who was raped, was my sister.

I had hung out at her house that particular day, showing her moves I had learned at cheer camp. My sister had just recently escaped the chaos of our childhood home and was living with friends. I spent as much time as possible there, as it represented hope. Hope of more, hope of a way out of the chaos I was still living in.

I begged to stay the night at her house that evening, but my Mom refused. She had always resented my sister and I being close, and I remember at every turn fighting to spend time with my only sister.

For weeks after the attack, I slept on the floor next to my sister, misguided in my feeling of protection for her. She moved back home, as quickly as she had moved out. There was much yelling that summer, as no one knew how to handle their emotions after the attack. My home was an example of how not to handle it.

My Dad increased the amount of time he was away from us, further retreating, where his family couldn’t reach. But his underlying anger was palpable. My Mom, focused on how the attack affected her, and wondered why we weren’t all helping her through it. My brother must have remained silent in his own pain, because I barely remember his voice through this time. My sister, cried a lot, and wound up retreating with friends up to the lake for the remainder of the summer.

As women, how do we differentiate between fear and intuition? I remember distinctly, my sister had her door locked that night for a reason. For weeks leading up to the attack, my sister mentioned several odd things happening at her house. A stolen home phone, a man standing on the sidewalk in front of her home snapping photos. In the moment things that just didn’t sit well with her. We all discounted these things, brushing them off as nothing.

My sister believed, that once she was free from our home, that she could do and be whatever she wanted.

She was right, of course, but none of us get there scar free.

On our path to freedom, we must bear the pain of getting there. We must learn the difference between fear and intuition, because the perils of not, are too large.

If we let our story convince us that fear is the same as intuition, we lose.

We spend our lives in fear.
We operate through fear.
We are easily offended.
We are on guard.
We are waiting…waiting for you to piss.us.off.

Fear is highly emotional. It reflects unhealed psychological wounds. Fear, when nurtured, turns into hate. Listening to our fear, turns into irrational thoughts, and dictates our behavior, towards ourselves and others.

Intuition is unemotional. It is rational, calm, kind, compassionate and soft spoken. It uses our past, and present to try and solve the situation at hand. Intuition, when nurtured, turns into love. Listening to our intuition is a form of self love.

Both are experienced as a gut feeling. It is important to understand the differences so that fear doesn’t drown intuition out.

If we operate from a place of love, a place of presence, I believe, we can better hear intuition. We create this warm and cozy space for intuition. We nurture it and speak to it, so we can understand each other’s language and begin a dialogue—that we can hear. When we learn to trust intuition, there is no longer a need for fear. We will continue to have rational fear, the fight or flight kind of fear, as that is biological, but no need for irrational fears.

Of course, I am not saying that we could have stopped the attack. As most of us know, rape is about power, and power is greedy, hungry, and very often, angry. I am saying that I believe my sister’s intuition was speaking and not one of us knew how to listen. Who knows what might have been different? I don’t spend time in that place, because regret is too painful and leads to more fear. Get them before they get us, so we can rectify our past. No, thank you.

My sister created her own place of love. She has two beautiful children, and is engaged to a beautiful soul. She has struggled to get to this place. I have seen her battle with the difference between fear and intuition since the attack.

It takes great faith and courage to learn the language of the kinder cousin, intuition.

When you Wake Up on a Difficult Morning. 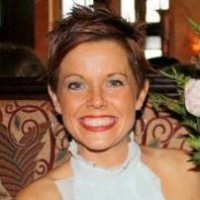