Forgiving Ourselves: How to Let Things Go. 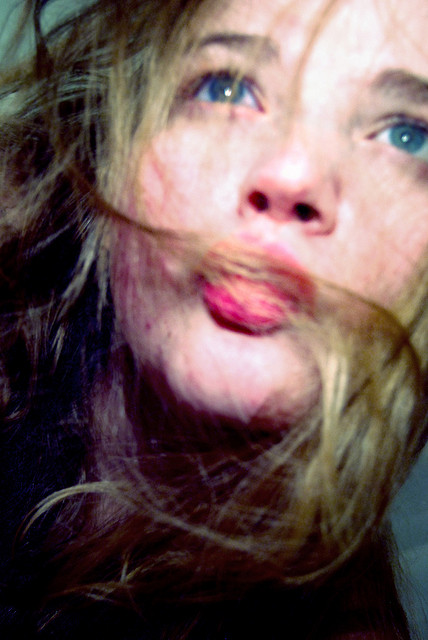 “I forgive myself, and then I move on. You can sit there forever, lamenting about how bad you’ve been, feeling guilty until you die, and not one tiny slice of that guilt will do anything to change a single thing in the past.” —Wayne Dyer

Forgiveness is not something I am good at.

I would say it’s one of the things I’ve been put on this Earth to master.

So the Universe has given me lots of experiences to practice this simple act.

At first that forgiveness needed to extended to other people—there were many people I felt wronged me and oh, was I a judgmental, stubborn bitch.

I would hold tightly to things. Cling to past hurts, minor slights, insensitive comments like a newborn child would to their favorite blanket.

Until the Universe started putting me in situations to challenge my righteousness. Suddenly I found myself in the wrong-doer seat. Lying to avoid hurting people’s feelings or get out of commitments I made, making a snide remark to someone, judging somebody else for something I had no real knowledge about, gossiping about somebody behind their back. And I considered myself to be a good person.

As life went on, I felt these pains—and I realized how important it was to forgive and let it go. This world is hard enough to navigate without people giving us 2nd chances to do things right.

Throughout my life, I have been one of those people everyone tells their secrets to. They pour their hearts out when first meeting me, believing I can help them or tell them which direction to go. Their secrets never shock me. I noticed I rarely judged.

Instead I feel a huge amount of compassion for the pain they are in and want nothing more than to ease their suffering with some kind words and encouraging advice.

But until we forgive ourselves, we won’t make different choices.

Not forgiving ourselves keeps us in the “I am bad. I deserve to suffer” corner. We are trapped there and can’t get out. Self-flagellation makes us feel we are paying for our sins. But really it does nothing but keep us trapped in a place of not honoring ourselves as human beings. One who makes mistakes like the rest of the other human beings roaming the planet.

I have laid awake many nights consumed with guilt for choices I’ve made: Choices that, if I’m perfectly honestly, felt right for me in the moment, in order to heal some part of myself or prove that I am powerful enough to make a difference in situations that are beyond my control.

Everything I’ve done in my life has come from my heart. My incredibly open, very loving and needful heart. It has led me places that maybe I didn’t belong. But I no longer want to feel guilty for going there.

I have said things that have hurt people I love. I have unintentionally been thoughtless. I have broken some men’s hearts along the way by not knowing what I wanted. I have exploded in anger at well-meaning friends because I’ve felt crappy about myself.

But today I am choosing to let it go.

An amazing mentor and teacher I work with has me do the following exercise which really helps when I am struggling with forgiving myself:

1) Write down what you were feeling at the time you committed the act you haven’t forgiven yourself for.

2) What were you looking for in that moment and did you get it?

3) What are you making this mean about yourself and where does that thought come from?”

4) Are you willing to forgive yourself and let this go so that you can have peace?

At the end of the day, we all want to find peace with the choices we have made and the ones others makes that are beyond our control. And the only way to really do this is by letting go of the past and moving forward.

Forgiveness is a gift we give ourselves and other people in our life who are just like us… human, falling along the way, not always mindful of how their choices are affecting us, and in need of a 2nd chance.

“If your compassion does not include yourself, it is incomplete.”

The Night I Met Forgiveness.