I Choose Me—A Story that Sparks a Need. 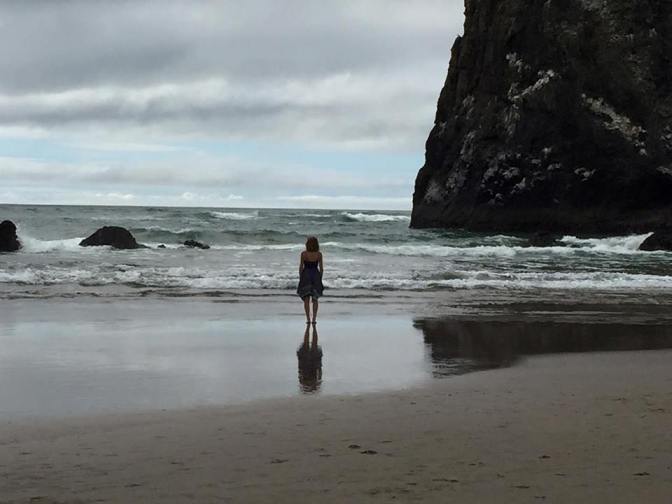 ‘Tis the age of inquisitions.

“How old are you? Wow, I would have never guessed that! So are you married? No?! Boyfriend? Really?! But you’re so pretty and smart, are you at least dating someone?”

You know, the line of questions that barrage you like bullets while standing in front of a firing squad.

The confusion and concern are appreciated but unwarranted. I’ve been told countless times that I’m being too picky, when I’d beg to argue that I’m just not willing to settle. Over the course of four years, with the exception of a few casual dates and short-lived relationships, I have been dating someone; someone I’ve become quite serious about.

And so the story begins…

I’ve always been deemed the “relationship type,” the one friends thought would be one of the first to get married. And perhaps their arguments for such manifestations were justified. I was, indeed, one of those girls who had a high school sweetheart for years, as well as one of those girls who fell in love and spent almost a decade with a man I met in college.

Going into college I was newly single. I was entering adulthood, with a cheery smile—a different sense of independence than when I was a young child and had an almost arrogant air of confidence. While all of my friends were adjusting to dorm life and their own colleges, I too was delving into my passions and finding myself, and along the way, finding the previously stated college boyfriend.

Hell, in that nearly 10-year time period we had both morphed into different people three times over and I hold no animosity or regrets. But in the end I realized I completely lost every sense of myself.

I needed to get my sh*t together and find myself again.

Climbing out of a crumbled relationship, with myself, was a struggle in the beginning. You break and bend but the beauty of it all is the mind, body and spirit’s elasticity to reshape itself and mold anew.

I started looking inward, to make peace with myself and truly begin my path to self-discovery. I reflected on how selfish I had been, allowing myself to think the world revolved around me and how no one else in my life could possibly have any issues going on in their lives!

So, the first thing I did was mend my friendships. I worked on my relationships with these people and focused on them for a while. And in the last two years I’ve maintained these rebuilt relationships but have veritably started focusing on myself. In dating myself, I’ve been afforded the opportunity to experience and feel things I honestly don’t think I would have otherwise experienced and felt, had I been in a relationship with another individual.

Ever since I can remember I’ve been a stubborn, independent yet kind of shy and mousy little thing; quiet for the most part, only truly speaking my mind to those I was comfortable with and around. But I started noticing a change in myself. It’s a funny thing to start seeing yourself in a new light, to have an epiphany of sorts that seemingly happens out of nowhere. I had to do more for myself: explore and experience!

It all started with a determined, self-forced trip to visit a friend who had moved to another state. The vigor that ran through my veins was incredibly exciting and unlike anything I had ever experienced before. So my journey to self-awareness, happiness, and perhaps a little good selfishness (for lack of a better word) began.

All of the things I’ve done and continue to do have been personally profound—even the smallest of things have had spectacular impacts on my life.

For as long as I can remember I had always wanted to visit Portland and I’ve always been afraid of planes, especially flying alone. But I booked a flight and hotel and ventured out to a city I had never been, where I knew no one and explored for a week. I was on no one’s schedule but my own, exploring everything the city could offer me, conquering a fear of flying and overcoming the fear of doing something so big alone. The exhilaration, inspiration and experiences from that trip are mine to keep and ones that will never be experienced in the same way they were by me.

I’ve treated myself to movie and popcorn on a snowy Friday afternoon, and a Saturday night concert to see a band no one has heard of but that I love. I’ve hit on a man for the first time and have had long, engaging conversations with strangers in bars who have since become friends. I’ve walked museums and gardens alone with my thoughts. I’ve clawed and buried myself in music I love and danced alone in my one bedroom apartment. I’ve sat in a book bar listening to a reading and sipping on a beer, all while once again finding my passion for reading and writing, which is an indescribable breath of fresh air.

I’ve watched myself change at least a dozen times, each change bringing with it a new sense of self. The changes haven’t dissipated but rather formed liked pieces of a puzzle together, shifting to fit. Some pieces still missing and new pieces being added to complete it. I am grateful to be in my company, not in arrogance or to keep people out, but to have such a profound love and independence in myself, which in turn has made me love those in my life that much more.

The amount of self-awareness, growth and possibilities I’ve found in myself are overwhelming, terrifying and exciting. And the best part is that it’s not over! I have my entire life to explore me, be that alone or with another person. I share myself with those I deem worthy and who deem me the same.

Never take for granted the time you have to yourself—the adventures you can go on and the feelings only you can experience. These are the one things we truly own as humans.

I am not opposed to finding a metaphorical fish—I know there are plenty in the proverbial ocean—I just haven’t found anyone I want to swim in the company of yet. So, for now, I choose me.

Date your own, Goddamned, Beautiful Self. 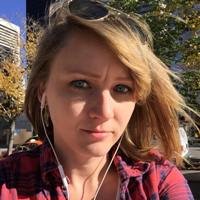