I Promised Myself I would Never Love Again. 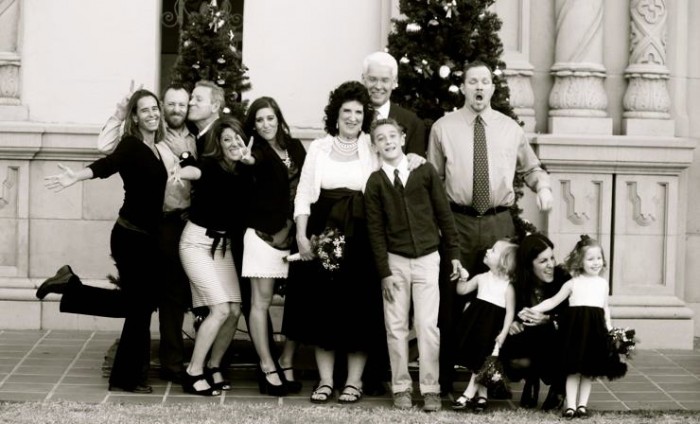 I had sensed that there was something life-changing about the man I had recently met and his quiet, steady ways, but I hadn’t been able to put my finger on it.

He was lying on his back in the bed next to me and I was lying on my side, facing him. We had not yet developed our sleeping cues, the unspoken language that our bodies would ultimately use to indicate that I wanted to cuddle him or that he wanted to hold me. In fact, we had not been sleeping in the same bed together for more than two weeks.

I didn’t think that he knew I was awake or that I was watching him when I saw him raise his arm and place the palm of his hand on his forehead, pressing there almost as if he was pushing on the front of his brain.

It was such a strange gesture.

“Does he have a headache?” I wondered to myself. “Did it come on in the middle of the night?”

I watched silently as he pressed his forehead again and then I heard him speak.

“This is not rebound,” he said into the morning light. “This is something new.”

He wasn’t speaking to me of course—he was speaking to himself—and as I heard his words I had an understanding of what he was doing with the palm of his hand. I had an understanding that with his wife of 48 years having died a mere three weeks before, he was feeling something so new, so unexpected, that he needed to press what he was feeling into his brain right through his forehead so that he knew it was real, so that he knew it was “not rebound.”

“He’s talking to himself about me.” I thought with a start. “He’s realizing what he’s feeling about me, about us, and he’s struggling with understanding it and feeling it.”

I looked through the crook of his arm out the bedroom door to the barely lit backyard to see a memory flooding in.

A 10-year-old me is standing over a crib in which her baby brother is lying motionless and when I see her—and that motionless baby who had almost died of spinal meningitis—I felt in my chest the familiar tightness that I’d felt all my life. I felt the tightness that came the day they brought my brother home from the hospital, the day they said he would live after all and that I was supposed to feel happy but that I didn’t feel happy, the day that I felt instead that I couldn’t trust him to not get sick again, to not have the soft spot on his head swell up like a balloon again or to not ever have only a 50-50 chance of living again, the day I made a sacred promise to myself.

“I’ll never let myself love anybody again.” I said in my 10-year-old wisdom/madness/grief. “It hurts too much.”

And with those words, I closed the doors to my heart.

“Look buddy,” I wanted to say. “Your wife of 48 years just died. Are you sure you want to risk it again?”

But I didn’t say it. I didn’t say anything because in the very moment that I was thinking of warning him he had turned to me and saw that I was awake and from his eyes, I knew what he had decided.

He raised himself up on one elbow and leaned over me.

I wanted to open those doors. So many times I wanted to.

It was that finally that early morning, in bed with a man I had known for only two weeks, I had laid and watched as he too struggled with the doors to his own heart. Could he open them so soon, he was asking himself? Was it rebound or was it new?

He was not afraid.

“I am 71 years old.” I said to myself. “I have lived a lifetime afraid of love.” And with an almost if-he-can-do-it-so-can-I sort of momentum, decided, “If I am ever going to love again, this is the moment to feel that love and this is the man to give that love to.”

Six months later, that man and I were married in the old pink courthouse in downtown Tucson. I wore an outfit my youngest daughter had shopped for me and he wore the suit he wore when he worked in the bank in Canada. My three daughters and their families were there and his family, living in Canada and Scotland, was there by Skype.

At the end of the ceremony, as the photographer was gathering us for pictures, I happened to look across the street. Standing on the library lawn, I saw a 10-year-old little girl holding a baby boy in her arms.

She picks up the baby’s hand and uses it to wave at me.

Date a Woman Who is Afraid to Love.