Is Childlessness the New Cooties? 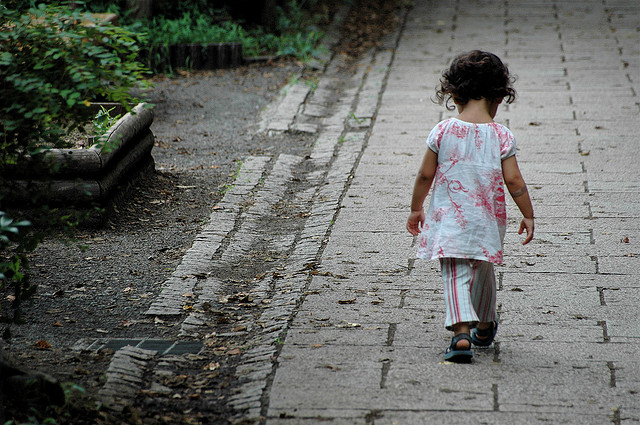 Most, if not all, of my friends have kids.

If they currently don’t have kids, they are in the kid process—either pregnant or actively trying. Even some lesbian friends of mine just welcomed an infant into their brood.

Every day, I read news that someone just gave birth (someone famous who will no doubt be able to give their children the best of everything), and if they haven’t given birth, they’re pregnant.

Me? I only have four four-legged fur-children. So, where do I fit in?

I’m now 42, and after two marriages I am still without child. It’s not that I set out to be without child; it just sort of happened that way.

One situation that led to my current state was growing up with a brother 16 years my elder, who has had three children from two of his four marriages. I knew that children were a huge commitment for life, and I didn’t want to just get pregnant when I got married (both times). I wanted to have some “quality time” first with my significant other.

Another reason might be that I have always been focused on goals for myself. First I had to finish undergrad, then graduate school, then find a solid career in a world where people unfortunately don’t get to stay at their jobs for 30 plus years and don’t leave with a retirement or pension plan (per se).

All the while, the desire was there, but it didn’t happen. I spoke many times about wanting to have a family that includes two-legged homo sapiens, but we just didn’t.

Yes, I got those worried pangs of my fertile years running fast away from me.

Yes, the biological clock does get louder in my own head.

In my mid-30s, I had sweet and well-meaning OB/GYNs who attempted to convince me that I still had plenty of time. But I worried the older me might put a child at higher risk for things like autism. So unless someone develops a viable time machine, I have to deal with my realities.

Yes, I was trying. I mean, not crazily so, and perhaps that’s what I needed to do in order to get pregnant. Frankly, if I knew it wasn’t going to be this easy to get knocked up, I could have saved a lot of money on my birth control.

So here I am now, and there we were: the “childless couple.”

The reason for this questioning has to do with how being childless seems to be viewed by a lot of the people I run into these days. There are always the questions:

”Are you not able to have kids?”

“Are you a Foster Parent because you can’t have kids?”,

“Have you ever tried to have kids?”

“Do you have any kids from your first marriages?”

“You don’t have kids?

“What are you waiting for?”

Typically, the questions are accompanied by facial expressions that appear concerned or confounded. At times I feel like I am “broken,” or there’s something wrong with me or my marriage, or maybe we have the adult version of our childhood affliction: cooties.

I have even gone as far as to avoid attending church because of the velvet rope of connection between people my age. If you have a kid, instant access to the social network! No kid, um… how do you fit in?

In addition, there’s a whole lexicon I am apparently missing out on. I have no idea who’s hot on kid TV. Is One Direction more than just a road sign? I don’t understand why Legos look so different, and no, your child cannot play on my Wii unless they wear the safety strap.

Admittedly, I have some fun gadgets, but no, they aren’t as satisfying as bringing a child into my world. I also have the reality of a father who’s in his 70s, which results in less time for my offspring to get to know their ancestry.

I knew all this—but it just never happened!

At the precipice of another divorce, I realized that while we both would potentially have liked like to have a child, we both understood the sobering level of commitment and work involved. We both understood that this life-altering event should not be entered into lightly and that when we did (which we didn’t) bring a little human into this scary world, we’ll be as prepared as we can be and still be completely clueless.

Either way, it will happen for us naturally or it won’t, or we’ll adopt. I don’t know.

All I know is that we’re not abnormal and there are a lot of us childless ones out there, by choice or by unfortunate circumstance or biology. We’re just like everyone else. We’re not “catching,” and we’re not broken. We’re also not entirely selfish. We’re all just making decisions that fit our lives as they are now, and I know that some of you may not fully understand that. Either way, please don’t feel like it’s a question that has to be asked in the first 10 minutes of meeting someone, even if you are proud of your own brood.

I type this as I prepare to see a new OB/GYN in the next month. As a 42-year-old woman, my conversations about trying to conceive will be replaced with, when can I stop having a period and menopause and its impending march all over my body. I will share pictures of my four beautiful hairy canine children, and will delight in dog parks and the stressors of chewed furniture. I will be proudly childless and will wear my non-parenthood as a badge of honor.

So, don’t be afraid of me. I am just like you, but I’ll carry some antibacterial foam and some rubber gloves—just in case, for your protection.

I Am Childless, But I Am a Mother. 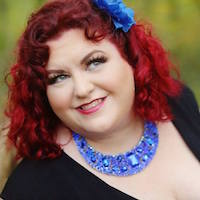