Mindful Gifts for a Global Community. 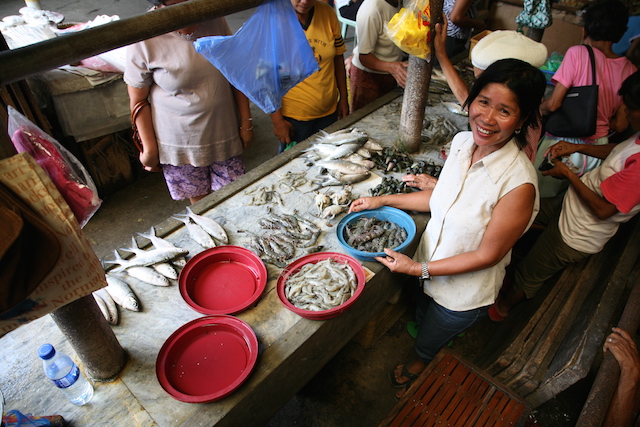 A moment of gratitude inspired my first experience with microlending.

As I rinsed a coffee mug in the sink one morning, I gazed out the window at a sunny patch of grass where my dog lay sprawled on her back. A sudden sense of well-being washed over me.

Heart-breaking things were happening in the world that day. But in our little square of sunshine we were okay. The feeling was sweet yet evanescent. And within its residue was an overwhelming desire to offer comfort to another human with whatever small means I had.

My promise would be fulfilled, I decided, if I could make a positive contribution to one person’s life. And with the holidays approaching, I hoped that I could find a way to make gift-giving meaningful.

Was it possible to offer family members an enjoyable experience that, in turn, helped those in need?

Through reading and internet research, I learned about microlending, an economic development system in which small loans are given by individuals (rather than banks) to enterprising people that traditional lenders might overlook. The idea is that the loan not only helps the individual break the cycle of poverty, but also can become the start of a positive economic pattern that benefits the entire community. It is a transformative model developed and popularized by Nobel Peace Laureate Mohammad Yunus.

Yunus, an economics professor, was working in Bangladesh, where he met Sufiya Begum, a mother of three who made bamboo stools. She could not afford the 22-cent cost of the raw materials, so she borrowed that amount from store owners and in return sold her stools exclusively through them. They set their prices so low, however, that she cleared only two cents per stool, creating a continual deficit.

Yunus recognized that it would take 22 cents to break the poverty cycle.

He found other entrepreneurs in similar situations and, one month, loaned a total of 27 dollars as an experiment. The economic model was successful, and the loans repaid. Out of this, Bangladesh’s Grameen Bank was born.

The concept has since inspired many organizations to offer small-scale loans to people around the world.

I selected an organization called Kiva because of their innovative approach and their not-for-profit position. The website does not take a percentage of the lender’s capital, instead connecting individual lenders with individual borrowers. The ultimate goal is funding the underserved, and they do so with crowd-sourced capital that they loan at zero percent interest to field partners. Their methods have proven beneficial and ethical.

I scrolled through Kiva’s website, reading each prospective loan client’s background sheet, business plan and goals. I was humbled by many of their ambitions. Ultimately I chose to help fund two loans.

The first was a school in Uganda in need of a loan for a UV water filtration system and 1,000 liter tank.

The school’s director explained in her profile that she uses a large amount of the school’s budget on firewood to boil water for drinking. She felt that access to clean water would increase student focus and attendance since water-borne illnesses often prevent children from coming to school. In turn, she planned to repay the loan with the fees the school collects each term. Eventually, the savings could be dedicated to books and important curricular materials.

As I read profile after profile, I was struck by two things: the number of group loans, and the number of women seeking funding. Group loans, it turns out, are highly cost effective for both the lender and the loan recipient. When a group originates one loan and shares the capital, they are able to eliminate many of the fees, while fostering a sense of entrepreneurial support and mutual accountability. The high percentage of female loan candidates is a matter of need, since In many places women can’t own land or open a bank account. Today, 75 percent of Kiva’s loans are offered to women in 83 developing countries.

The loans themselves were primarily for raw materials: embroidery thread, yarn, livestock feed and fertilizers. But beyond raw materials, Kiva spokesperson Jason Riggs explained that Kiva is innovating with new loan models for tuition assistance and clean energy.

My second loan was to a woman named Maria in Nicaragua who runs a small livestock farm and a store connected to her home.

There was no electricity in her community, and she served guests by the light of a lantern. Her loan was to buy a solar panel system that would allow her store to stay open longer, especially during the coffee harvest season. It would also allow her children to do their homework and study in the evening after their chores were done.

Over the course of the following months, I read updates on the progress of each project. The filtration system was funded in Uganda and was providing clean water for students. The solar panels in Nicaragua offered light for Maria to run her business.

Suddenly I felt connected to a global community. I felt like I had contributed in a tiny way to something overwhelmingly positive—like my pocket change was effectively creating bigger change.

Once these loans were repaid, I decided that I would not extract the capital. Instead, I would reinvest in new projects to support other entrepreneurs. And perhaps the same small amount of cash would offer them a little patch of sunshine.

It seems that today more than ever we need meaningful connections in our lives—positive relationships that transcend both political and geographical boundaries. We long for the happiness that comes with giving from our hearts.

This holiday, our family’s stockings will hold Kiva gift cards. My hope is that each of my loved ones can experience the soul-stirring stories of global entrepreneurs and feel the exhilaration and fulfillment of connection. Along the way, perhaps they’ll share something positive with another human being a world away. For as I’ve learned, that sensation is pure joy.

The Hottest Trend in the New World Economy 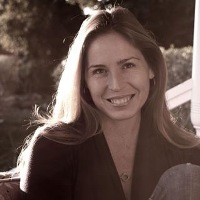