My Bad*ss Christmas Living at the Edge of the World. 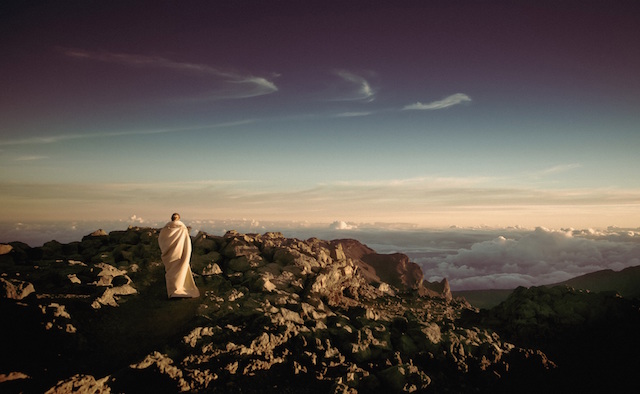 It was 2005. I was 23 and living by myself in the Algarve of Portugal. I was isolated from the rest of the world, label-less in it and doing exactly whatever I liked.

I lived in a small house, in a small fishing village, on a small piece of land that jutted out onto wind swept cliffs which dropped 100 feet straight down into the powerful Atlantic sea.

It was a spot in Portugal they called the edge of the world.

It was the most southwestern tip of all of Europe and was thought at one time to be where the geographic world ended. A fortress still stood there atop one of its’ barren limestone cliffs, said to be the home of Price Henry the Navigators first naval school.

I imagine this young Prince back in 1600, with his keen legions of sturdy Portuguese seafarers. They would be pushing boats off that vary cliff, into the vast Atlantic blue, searching for the unknown, direction and destination-less. I realized that this was exactly how I was back then, when I stood on those same cliff tops some 500 years later, at the age 23. Maybe this was how most people would feel if they found themselves living in a place that was thought to be the edge of the world .

The other young folk I knew in Sagres spent their days surfing. But, I never liked to do what most other young people did and back then I didn’t like to be in close proximity to them either, so I found myself some different hobbies to do.

I was a bit of a recluse and since Sagres was encircled by the sea, I taught myself how to catch what was in it. By watching the old men of the village I learned to harvest mussels and hunt for giant octopus down at the shoreline. I also taught myself how to fish from the top of those great ocean cliffs.

I would eat steamed mussels for breakfast, drink pink Mateus wine for lunch and grill my freshly killed octopus for dinner. I walked around most days bikini clad, with a rope tied around my waste and a knife hanging from it. Back then I liked to appear somewhat rough around the edges.

I had half the ocean and half the beach lodged in my hair. I didn’t brush it and I rarely washed it. My skin was the same colour as roasted cacao nuts and my heart was the same intensity of the centre of a blazing bonfire.

I wouldn’t take a partner or a boyfriend. Back then, even the term “lover” felt a little too sticky.

I was free. I was alone. I was very much alive and I was determined that, that year I would have myself a very badass Christmas.

On that note, I set off early Christmas morning to the beach just below my house with my fishing rod and tackle in hand. I had wanted to watch the sunrise as I fished from the shoreline.

It would be my first time fishing from the white sandy beach instead of off the rocky cliffs above. But for this Christmas I had decided I wanted a fish from the same beach the other young people caught their perfect waves.

There was another fisherman on the shore that morning, so I sat and watched him to learn how it was done. I then set up my rod the same way he did and cast out into the wave trodden sea.

I was giggling to myself about how happy I was to be there—label-less, wordless, person-less and free.

No one knew my whereabouts that Christmas day, except for the old man next to me, and he didn’t seem to care.

I waited for my fish and I watched the sun rise right out of the ocean, fiery red and glowing. It was a ball of fire to excite the day. My fish came quickly with a tug of my line. I let out a shout and jumped up to real her in.

The old fisherman laughed beside me seeing my pleasure. I wondered if fish didn’t excite him much anymore, not like they did me.

There she was, my Christmas fish, a beautiful and perfect gift from the sea. I gave her a kiss on the head and I took her home with me.

That night I bought myself a new bottle of pink Mateus wine and baked my Christmas fish with fresh lemon and dill.

I ate my Christmas dinner all alone, sitting out on my patio, sipping on rose. I watched the sun drop into the ocean just as I had watched it rise and I said a thank you for the solitude of my life and for this experience of living at the edge of it all.

Later that night I ventured out and danced until the wee hours of the morning at the one discoteca in town. I walked home by myself after, down old cobblestone roads, as the sun was rising, to my small house in this small village, on my wee cliff out by the sea.

I cherish this Christmas I spent alone and badass, when I was a wild woman and needed the open space and solitude to be.

In the last ten years I have softened several of my edges. I Now eat oatmeal for breakfast, drink herbal teas at lunch and dine on homemade vegan soup for dinner. I am most definitely, a little less wild.

This Christmas will be different from the one I had when I was 23. I will be spending it very un-alone in my hometown surrounded by my lover and partner, friends and family.

I needed that badass Christmas back then in Portugal. I still had something very real to prove. Back then, I needed to be the me underneath the me that I am now.

But eventually badass got a little hard and lonely to sustain.

I hung up my badass Christmases when I chose to become a sister, a daughter, a lover, a partner and a friend again.

I feel the wild and solitary woman still here inside of me, and one day if I choose too, I know I can brush her off, take a flight and arrive again at some place at the edge of the world. I can live in a small house for a while, in a small village, on a tiny cliff by some big sea.

But for right now, this shared experiences thing is exactly how I like it and for this Christmas I am looking forward to the company it will bring.

I may still, however, sneak away for a bit early Christmas morning, and find some ocean cliff to sit atop where I can watch the sun rise out of the deep blue sea.