My Break Up Letter to New York City. 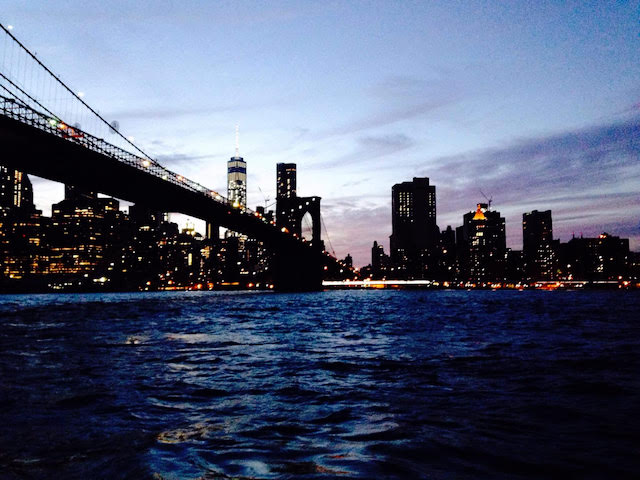 I started my love affair with New York City at around age 12.

I would take the train with my mom to audition for commercial modelling/acting jobs. Some of the jobs I’d book which would bring me back, and some of them I did not (talk about learning rejection at a young age).

I loved New York and everything about it. The busy streets, the city lights, the tall skyscrapers. There was a twinkle in my eye every time I arrived. By age 13 I wrote in my diary that I’d move here one day and so I did. At age 18, I arrived to begin my studies at Parsons. In my ID photo I have swollen eyes from crying the night before. I was afraid of what was to come and knew my life would change forever.

I became independent. I learned in the academic setting but mostly I learned from the school of life. It was a blossoming experience and one I would not change.

Four years later, I feel that it is time to break up with New York City.

I want to thank you for the amazing four years we’ve had together. It has been a roller coaster ride and I cannot imagine having spent it with anyone else. You have taught me so much and I am eternally grateful for that.

But I have decided it is time to move on with my life.

I could lie and say no it’s not you, it’s me—but I’m afraid that it is you.

I am breaking up with you and here’s why:

Let’s begin with your subway system. (And no, not because it’s so crowded or because the L train sucks, or the constant rates that increase every six months.) The subway, where looking at someone in the eye is either rude, absurd, or just straight weird.

I get it, we live in a city where there are 8,491,079 million people and you have to keep your guard up. But the way that human life is so disregarded on that damn thing kills me. I remember once where I was in a crowd of people and fell up the York Street F stop steps (yes, fell UP the steps) not to mention was kicked in the face by the back of a man’s foot. Not one person in that huge crowd (50 at the least) asked if I was okay, not even the man who kicked me in the face.

There even had to be a Facebook page created (which I love) called Humans of New York to remind people that New Yorkers are humans (not robots), worth being acknowledged.

You make me feel replaceable.

In a city of 8+ million, you are made to feel that your talents and skills are replaceable. People (including myself) are willing to work for pennies, in a city where the taxes are almost nine percent, because you know if you don’t take the pennies someone else will. Call me a hippy, call me idealistic, but I won’t agree that anyone in this world is replaceable.

Especially, when it comes to hustling your trade for bread crumbs. That’s just bullsh*t.

I am not going to even start with being a fashion intern, more accurately a servant.

You are a bully.

You make people think they have to stand up to you. They have to scrape to get by and prove that they can “survive the concrete jungle.” People put up with so much crap from you: two by two rooms, shared rooms, expensive rooms, rooms with no doors, six floor walkups, walkups that smell, smelly subways, crowded subways, crowded streets, tourists who do not know how to walk in the metro, bars where you have no personal space, a terrible dating scene (you saw Sex and the City), nine percent taxes, Times Square, the list goes on.

You have a huge ego.

“If you can make it here, you can make it anywhere.” Sure, people have given it to you and there’s no doubt you are very special. You have songs, poems, movies, shows, etc. about you. But what I think you need is a big slice of humble pie. Not only do you have a chip on your shoulder, but you allow others to think once they move here, they should too. Especially, the actors… “Where do you live?” “New York.” “Oh, we love New York.” “Have you ever lived there?” “No.” “You don’t know em like I do.”

You are dirty as hell.

Because everyone is too busy on their hamster wheel of life, somehow the city that they love oh so much goes to shit. Litter everywhere, bad odor. For one of the most progressive cities and probably most beloved city in the world in the world, you are not well taken care of. During my short fling with Paris, I realized how dirty you actually are. A city that when there’s poor air quality allows free metro rides. Something you would never do, because well, you have a big ego. (See above.)

You give me FOMO.

After a 40 hour plus work week, instead of staying in for some R and R, I fear, and others I’m sure, that I will miss out because let’s be real, you never f*cking sleep. The weekend is when everyone hits the city and lets loose because of all the pent up frustration from work. The worst part is, even when I stay in I can hear you partying and getting wild. The FOMO you give me also perpetuates my constant decreasing bank account because you ain’t cheap.

You never let me see my friends.

I live uptown, they live downtown. We all work 10 hours a day and are exhausted by the end of each. This weekend one is going to the Hamptons, next weekend I am going back to Philly (because let’s face it, we all need a break from you.)

A few have a boyfriend and some of us are single, this weekend is the boyfriend’s weekend.

Almost every place I look and observe, I see tired and worried eyes. No one can catch up to you. I constantly ask myself what are these people running towards? It could be that they need to make rent and work overtime because of your expensive ass or because the culture here is live to work.
Remember, this is a break up letter. I was in love with you once, so for all those wide eyed giddy ladies (and gents) who are dazzled by your charm, I don’t blame them. Hell, I might even fall in love with you again one day, but right now I think it’s best if we go our separate ways.

Note: These are all my personal views with the city at this moment. There have been times where I was infatuated with New York and I experienced a different side of it. But right now this is my truth. If you are swept off your feet by NYC, good! I am happy for you, I did not write this to argue. Simply an expression of my inner thoughts and feelings. I would love if you write your own love letter to NY for those of you who are compelled to rebuttal. 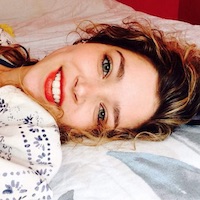