My Unorthodox Journey to Nothing: 4 Insights about Humanity. 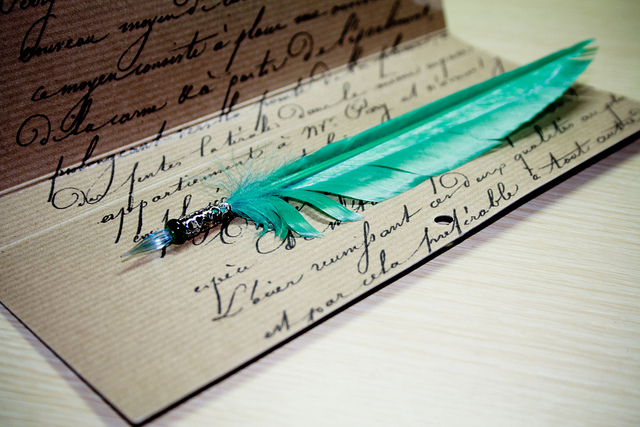 When I first signed up for the elephant journal apprentice program it was the last thing I wanted to do.

I was in a rough place: a fresh college dropout trying to scotch tape my life of ill-fitting puzzle pieces back together again. I had reached a place of uncertainty and necessary stagnation, but I ran from the notion of sitting with the space that came with change.

And so, following the wave of societal fear of doing nothing, I begrudgingly applied to be an apprentice.

Now, I’m not really sure whether everything happens for a reason or, if as Forrest Gump would say, “we’re all just floating around accidental-like on a breeze,” but what I do know, is that my time with elephant journal, whether by coincidence or the will of some universal divinity, came into my life just at the right moment. And here’s what I learned:

Sometimes doing nothing is everything that we need to be doing.

We inhabit a society of busy bodies, running nonstop in a circle-shaped rat race that keeps going round and round. We fear stillness to such a magnitude that we run ourselves ragged, grasping at anything that invites advancement. We must always be moving forward in order to progress right?

I call bullsh*t on this whole societal notion that to do nothing—to be still, to break out of this race to the top and catch our breath—is to fail. It simply isn’t true.

Yes, I applied to the program with a backwards approach, intent on outrunning immobility. But in actuality, it became an aid in helping me discover the many wonders that hide in the stillness that we so adamantly refuse ourselves, for it came in a different form than the grinding work that I had formerly grown so accustomed to.

Instead, it was the kind of work where progress required me to sit with my thoughts, explore the inner workings of my soul, and paint pictures of my mind’s eye with a pen and paper. The more I sat with myself and reveled in the nothingness, the more authentic my words became and the more I learned about myself.

And thus, I began to realize that progress is not always measured in movement. Sometimes, the most important thing we can do for ourselves is to sit still and do nothing.

Humans are not machines.

Before joining elephant journal, I had never worked on a computer so much in my entire life, but in doing so, I came to realize the full degree to which we as a society physically embody the technological era.

Technology is the epicenter of our existence. Without it, many people would run amok with permanent looks of dumbfounded confusion plastered upon their Vitamin D-deprived faces. Our phones have become extensions of our fingers and the light of our computer screen casts a permanent shadow on the bridge of our nose. We rely on these machines to do exactly as they’re told and if they fail to perform, we tear them apart, discard them, replace them with something shiny and new and more well behaved.

However, there is one thing that we’ve forgotten along the way: we are not machines.

The technology that surrounds us has become a sickening analogy for society’s outlook in regards to the human lives we live. When someone strays from their assumed path or fails to perform in the socially acceptable sense, we label them as damaged rebels and try to cast them off like VCRs. But we are not machines and we cannot return or discard the people who don’t fit a specific mold. We can try, and we sure do, but it’s like the toddler who keeps trying to put a square block in a triangle hole. That square is never going to be the triangle we need it to be, so leave the damn thing alone already and let it be the square it was born to be!

We need to embrace the humanness in each of us and realize the true blessing in the fact that we are not all hardwired the same way. What a boring world it would be if we were.

One person can make a difference.

Sometimes I am sidelined with the all too common thought of “How am I, as just one person, supposed to make a meaningful difference with my time here on Earth? Where do I start and does it even matter?”

When my journey with elephant journal began, I had nearly given up on the concept of plausible change for the environment and humanity alike. But as the months stretched on, I came across article after article about someone somewhere doing something that they love, and making a small positive difference in the process.

Whether it be the woman who set up a human connection station or this inspiring man, they all had one thing in common. They were making small, seemingly insignificant alterations to the world around them. I started to realize that although each isolated change may seem irrelevant in comparison, together, they form an insurmountable army of souls creating a massive metamorphosis. It’s a chain you see?

As John Lennon would say, “You may say I’m a dreamer, but I’m not the only one.”

There is good still left in the world.

This is perhaps the most important tidbit I have walked away with. With the current state of the world brimming with terrorist attacks, bigotry, environmental ruin and an overall sense of unease, it is sometimes very easy to feel as if there is nothing good left in the world. Everywhere we turn we see hatred and discrimination, disjointed societies and the reappearance of long-buried hostilities.

More and more the public’s words are filled with mud-slinging disdain and extravagant ridicule, absent of all humility and compassion, all of which can leave a person feeling rather low and pessimistic about the future. But if we look hard enough, there is still good and there is still hope. The majority of the elephant journal community are inspired, socially conscious individuals who articulate the world around them as they see it, some of which radiate such beauty that it cuts through a little bit of the grey muck that films the world as of late.

And as I began to see the beauty in their words, whether it be their triumphs or pains, I began to see little pieces of goodness much closer to home, tiny bits of light that I had somehow missed. It might be simple acts like my mother picking up a stranger’s coffee bill just to make the world one smile richer or a friend checking in when things are looking grim, but no matter how dark things get there will always be goodness in the world, even if it’s just the smallest glimmer.

Because where there is darkness, there must also be light.

Even though my time at elephant journal began somewhat unceremoniously, I’m a firm believer that everything—whether destiny’s intent or pure coincidence—holds a lesson to be learned, the greatest of which often come in unexpected circumstances.

But that’s the beauty of it all, don’t you think?

“Writing is a journey of discovery because until you start, you never know what will happen, and you can be surprised by what you do—expect the unexpected!” ~ Mini Grey

Doing this Will Help You Enjoy the Little Things. 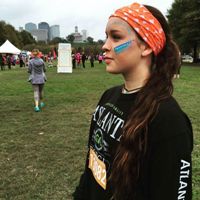