The Truths We Seek Are Grey. 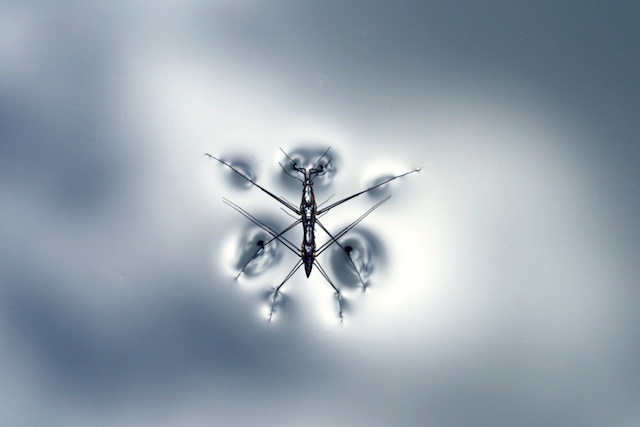 There’s a Chinese proverb that roughly translates into, “a blurred life is a happy life.” I suppose the Western equivalent would be, “ignorance is bliss.”

Between age-old wisdom and societal conditioning, between the East and the West, our means of arriving at the state of happiness are strikingly similar.

So, what are we really saying? That happiness is the derivative of incomplete truths? That it lies in the comfort of choosing to ignore the inconvenient details? If “blur” and “ignorance” are the keys to the golden gates of happiness and bliss—and given how they are really not in short supply—why are so many of us still miserable?

But my quest isn’t for happiness or bliss, as I believe neither could be sought after or acquired externally. More importantly, given the vagaries and transient nature of such states, it is far more interesting to pursue the truths they both hide. What needs to be blurred? What needs to be ignored? Mustn’t we see too clearly? Why mustn’t we?

Lies are like drugs; withdrawals are not pretty, but it’s better to live clean.

Some days, I am happy. Others, I wrestle with darker stuff. So while I’m not the poster child of a happy-go-lucky girl, I can say, with full confidence, that there are many greater things than the bliss of happiness, and sacrificing truths to get there—if you even get there at all—will not be worth it, because you’ll have cheated the very thing you sought to pursue.

The age we live in today is dominated by a culture of scarcity and perfectionism. We fear that we are not enough, and lies only perpetuate that feeling. Worse, when we are lied to, it robs us of the chance to live authentically, whole-heartedly, for the simple truth that we are all more alive than being picture perfect, a thing too shallow to cling to in the first place.

A blurred life and ignorance share the same treatment of brushing and glossing over the inconvenient truths. This kind of treatment results in generalizations, because the truths that are taken out had to be very, very specific.

Truths, as they are, are a very specific kind of thing.

I know this because I once avoided it, too, because the sharpness that it brought to life, that kind of focus, was blinding, and discomforting.

Years ago, I had taken a storytelling workshop with an Oscar winning documentary filmmaker. I wrote mostly autobiographically, which was why I left certain parts of my story vague—blurred to protect myself, vague to be safe. But JL kept digging for the specifics. The hows, the what exactly’s, the whos, the wheres, the how long’s, and the how often’s—all that’s grey.

Strangely enough, the vague part of the story was about healing. Distilled into a six word story, it’s “boy meets girl, they heal together.” But JL asked questions that poked and tugged at the uncomfortable truths.

“What do you mean they “heal” together?”

“Do they have sex together?”

“Is the sex healing?”

“Do they heal through sex?”

“Is the sex instrumental?”

All of a sudden, I understood that the truths we seek, and the truths we hide, are all in the grey. Grey is the polite space polished by brushes of generalizations, and truths are sharp, stark, and very, very specific.

I understood why JL has an Oscar, and a sinking feeling grew in my stomach as it dawned on me how silly I had been, to have taken a story crafting workshop and not be ready to even take stab at the raw truths that led me here in the first place. Even loftier was the aspiration to write about healing when all I had shared was grey.

I felt like a miserly fraud. But I was simply afraid, because the truths were too sharp, too raw, too real. To write it out on paper would have given it a life; the birthing of that story would have taken a lot of blood, and a lot of mess.

By keeping things pretty, I was the antithesis of my own story. This sort of blurred life didn’t give me happiness—it burdened me with things to hide, and that’s a heavy price to pay for not wanting to make a mess.

We, as human beings, are wired for story, and stories often carry the truths we seek in real life. As the scenes of the narratives unfold, we forge meaning of our own lives, and when the last sentence of the last chapter is finished, we return to our blurred lives. We return to the grey.

Being Okay in the Grey: Eradicating Black/ White Thinking.