What the World Needs Now is—Sweet Pictures of Yoga. 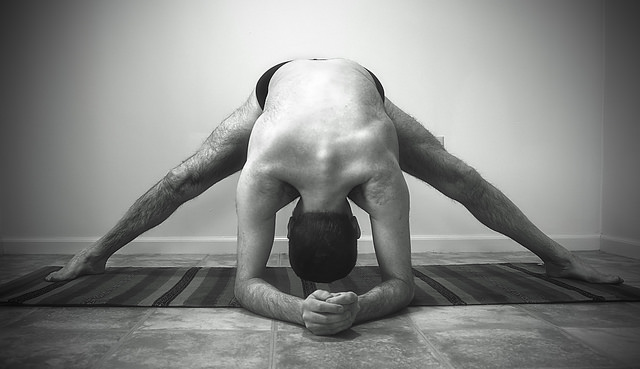 I am a former teacher of the various brands of western Hatha yoga—colloquially known here in BC where I live as simply “yoga.”

I also used to work as a holistic therapist out of a health studio and day spa which called itself a “Yoga center.” For both of these reasons, I am connected to a lot of teachers and practitioners of yoga—especially on Facebook and other social media outlets.

Scrolling down my feed lately, I’ve come to a sad conclusion: There are just not enough pictures of beautiful, highly fit and photogenic young men and women doing advanced yoga poses out there.

Ask yourself—how are we ever going to change the world, make a healthier society and lead people to strength and enlightenment without more half-naked, beautiful pictures of people doing tricky and impressive asanas? Particularly caucasian women, who are under-represented in this field. My feed is inundated with pictures of people of colour, plus size models, octogenarians and men with limited flexibility.

More white women! Where are you? And younger too, please—where are the 20-somethings and 30-somethings? The constant barrage of photos of people in their 40s, 50s and 60s gaining enlightenment through meditating in yogic postures is getting tiresome.

One would think that yoga is for just anybody, but from my experience the really successful yogis are fit, beautiful young women. This is not well represented in what we actually see out there. Also, let’s be honest—very few of these pictures are sexy. Who wants to see you do yoga in sweatpants or loose, flowy clothing—or anything else which covers up that svelte yogi or yogini body?

How about trying bikini underwear or skin-tight fabrics—or even lace underwear or outright nudity? Nothing communicates “close to enlightenment” like being able to see your ripply muscles and gorgeous contours. Even if you’re just trying to promote yoga for health—bear in mind that we all know that “health” equals thin, fit and young. So let’s not send a mixed message by covering up how fit, thin or young you are.

On top of the lack of sexy yoga pictures—not just of women but also of men (all the male yoga pictures I say these days are of older, out of shape men, and there’s also a real lack of tattoos and dreadlocks)—most of the pictures I see seem to be of people doing boring un-yoga like things like feeding the poor, praying, meditating while fully clothed, engaging in street protests or planting trees.

None of these things are yoga!

Here’s my rule of thumb—if the activity helps you to try out for Cirque de Soleil, it’s yoga. If it has a merely spiritual or moral purpose, it’s something else.

A friend of mine the other day said the most insane thing to me. She said, “Real yoga can’t be photographed. The word ‘yoga’ comes from the ancient root ‘yuj,’ which referred to a yoke in the sense of a ‘discipline.’ That’s the way the oldest texts—yogic and Buddhist—use the word. It just means ‘committed spiritual discipline’ and there are a million ways to do it. It’s entirely a matter of the heart.”

Boring! These kinds of sentiments devalue what yoga is really about—feeling beautiful. Yoga allows me to feel a sense of mastery and a radiant sense of beauty, which I communicate to others through well orchestrated photos of my accomplishments in flesh and bone. I’m sure you feel the same, and we need to fight against these disembodied, spiritualist put-downs of our bodies and our selves.

Another friend of mine, who is a yoga teacher, suggested to me that a true “yoga picture” would be a picture of the practitioner’s face—one that showed the lines on their face, the soul in their eyes and the hard-won wisdom and transcendence that their years of practice had brought them. What nonsense! Anyone can have a nice face and still be overweight, stiff and not know a bharadvajasana from a vishvamitanasana.

So, a plea to the beautiful people—to the truly successful yogis and yoginis out there—strip down, go somewhere beautiful and have someone take truly beautiful pictures of you showing what yoga is really all about. Let’s stop navel gazing and start celebrating each other. I’ll celebrate you and you celebrate me, okay?

Yoga: Is it Just Fake, Watered-Down Bullsh*t for the Pseudo-Enlightened?

What it Really Means to Practice Yoga. 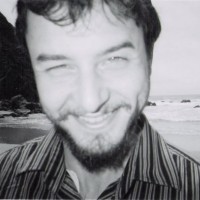