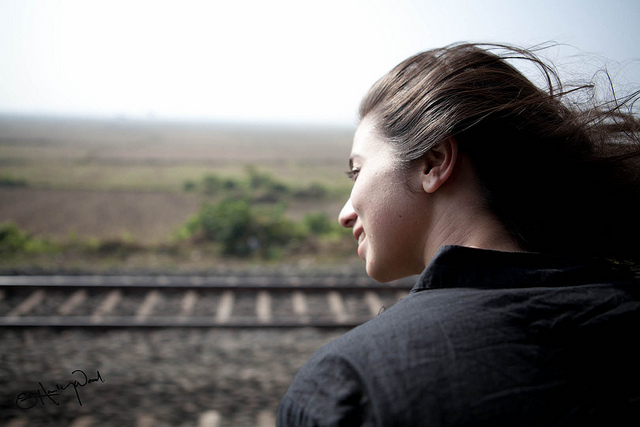 Have you ever been asked if you work for Intel? Well, I have.

I was clearing customs while traveling back from Ireland when the chatty customs officer asked me if I worked for Intel. Of all the places I could be and all the directions this conversation could have gone, there I was in a crowded airport halfway across the world being asked if I worked for this heavily engineer employing company.

This wasn’t my first encounter with an inquiry on my employment history at Intel.
When we moved into our new home, a friendly neighbor nonchalantly asked, “So, do you work at Intel?” Yet again this question creeped into what started out as a rather normal conversation.

There are a plethora of other employers close to home but once again, Intel took the cake.

I for one have never been employed by this microchip creating corporation. I imagine that it is a fine place to work. But let’s face it: these people only assumed I had any association to Intel because I am brown.

Not the Latina brown. Not the Middle-Eastern brown. And no, not the Native American brown.

Contrary to popular belief, I have never through employment, supported the development of microchips nor is there any ounce of me that is an engineer.
Well, let’s rewind.

In an attempt to lock in a promising future and not having determined what I wanted to study in college, I haphazardly became a Computer Science major. This is as close as I have gotten.

My people were doing it, you know the Indian brown people, so it seemed like an appropriate career path for me. They seemed to be financially successful and happy from what I could see. A degree in any form of engineering or medicine was admired by my parents and their entire generation of Indians that immigrated to the U.S. in the 70s and 80s.

I loved anatomy and biology, but the idea of tolerating school for a decade to become a doctor gave me tachycardia. And there is no part of me that is remotely talented at standardize tests. Lacking the ability to choose correctly from A, B, C or D and having the memory of a mouse would mean my survival in med school was pretty much doomed. And so like that, I defaulted to its counterpart of an equally respected line of work. Engineering.

I stumbled through my first year of college as a Computer Science major. It would hold my interest some days—other days I hoped that the only java I saw for the day was in my coffee cup. I began to dread my classes while still carrying an irrational hope I’d somehow start loving them. I guess a part of me was programmed to believe this was the most viable option if I wanted to be successful, so I tried my best to make it work out of fear that I’d end up with little money and a dull future.

The fact is, we collectively, are a smart, hard-working bunch that takes education and financial stability quite seriously. And that dedication has translated to Indian-Americans being recognized as the richest ethnic group in the United States. Certainly, that is something of pride. I know several doctors and engineers who are amazing at what they do, and their contribution to society should not go unnoticed.

On the same token, those of us who might be considered outliers, the black sheep even, continuously prove that success comes to those who follow their talents and passions. Sometimes those talents are in the medical and engineering fields. And sometimes they are not.

It is with pride we see more Indian-Americans color outside of the lines: Actors, models, politicians, comedians, lawyers, journalists, business executives, teachers, musicians, athletes, and the list goes on. A variety of career options are becoming more accepted within the Indian community and those paving the way are applauded and admired.

Choosing the road less traveled cannot be easy, but these individuals prove there is success outside of just black and white.

Grey can be fun, interesting and rewarding too.

I for one was working so hard to “fit in” that I nearly missed out on discovering my actual talents. I tried to fit the mold and lucky for me, the mold broke. Closing the door on computer science opened up a window to a world of endless options. I no longer was fighting the current, but I was surfing above the water. I was flying.

I want my kids to fly too.

I want to encourage them to discover their talents and passions through exploration and self-discovery. I want to showcase the diversity of opportunities that are out there for them. I don’t want them to feel like they have to fill a set of shoes because of any predefined destiny or expectations by the neighbors, friends, strangers…the world.

Lucky for them, they are living in a time where Indian-Americans are contributing in more variety of ways than ever. It makes me happy that they will have so many role models to choose from as they grow up. They will see that hard work and dedication is important, but passion is just as essential to thrive both developmentally and financially. It excites me to think we may be so well spread amongst various occupations that questions about Intel would be completely silly.

It is my hope that more of us will take the calculated risks in life to obtain financial success without giving up passion.

It is my hope that the next generation of Indian-Americans will be encouraged to discover their true talents and passions no matter what field they happen to be. The opportunities are endless and no dream is too big or too out of league.

And with hard work, dedication, passion and perseverance that we are already accustomed to, success is only inevitable. 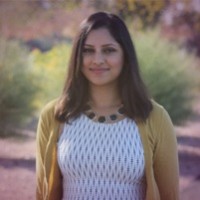