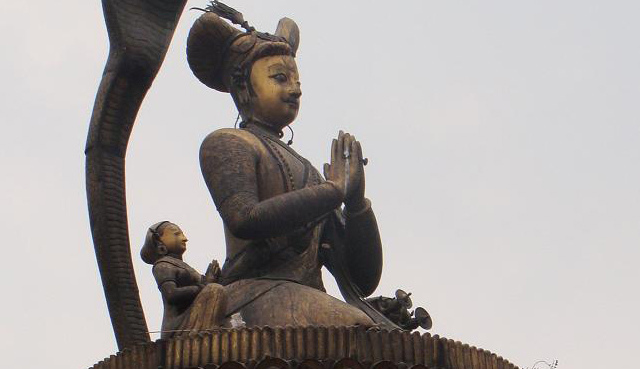 “If you want be spiritual, go to a place of devastation and make a difference.” ~ David Sye

Any form of conflict separating us from each other confines the potentiality of great human love.

History has shown us this by the separation of race and ethnicity through the demonizing of wonderful people. For this reason, David Sye continues to re-build broken communities in places like The West Bank, through Yoga a Sanskrit word translating to Union.

“WAR and saying there is an enemy, is the height of naivety and probably the lowest understanding of what we have as a belief system. It’s beyond any reasoning and in spite of our education systems; we don’t seem to be able to get past this very old way of thinking. It’s absolutely preposterous that those orchestrating wars are old men and women sending our sons and daughter to war. Not fooling anybody, all people want is to share their lives together,” says David Sye.

Communities in a place of destruction want to function but can’t because of politics surrounding them. Yoga provides the tools for social change, supporting us to find courage and enthusiasm especially when darkness surrounds just as a Sufi’s dancing, shimmers from within.

“There are amazing heroes on both sides. People are the same all over the world. The fundamentals of human life doesn’t change. Kids with guns are not the real aggressor first encountered on the boarders. Underneath this facade there is no aggression, but a role being played in a life filled with pain and anguish, as frightened as any of us would be caught in between a rock and hard place.”

The Gaon of Vilna, a revolutionary Rabbi at the end of the 17th Century explained, “Just because you don’t understand the laws of the universe do not imagine they are not there.” The same can be said about those acting out roles of carrying guns but also carrying at the same time within them, great human love. However, Sye goes on to say,

“We quickly classify them as terrorists, who are just kids defending their families taught to survive and operate in a military world, where heavy violence and fear is the bottom line. In these environments defense and attack are the main currency.”

Samadhi, the final stage in Yoga, translates to putting together. What is putting together is the mental condition as in Adi, equanimity between thoughts—where there is no fight with the mind. In fact Samadhi would not sit on any one side because separation is impossible since its very nature is the background of all life, plants, animals; the ultimate source of movement of atoms connecting all of life. Only, it is not concerned with profits or territory acquisition, its concerned with Divinity of life. So, we see how Yoga, a unique situation creating communities of love that fly in the face of politics, starts to take responsibility for our shared humanity. “I think its very normal you help someone down and out, it’s not extraordinary, it’s just what you do.”

Milos Forman film director of One Flew Over a Cuckoo’s Nest said,

“There are two types of people; one who work with bombs concentration camps, fear, bullets, soldiers, tanks and the other that work with creative, theatre, film, yogis, songs. The thing is we must never stop because if we stop, they win.”

Yoga itself is a soft revolution and the very reason why it is catching fire worldwide because it lifts us out of the repeated stories of pain history has written for our species. The reason why Yoga classes are filling to capacity everywhere is because of one simple truth that Jesus spoke about 2,000 years ago, “The kingdom of heaven is within.” When this is felt from within, the person experiences total peace and harmony having nothing to do with the outside drama of life, least of all violence. Continuing the journey of living in truth moves us in ways to help, support and live with each other. Living life in harmony is an expression of love. That’s why Yoga-Union-Love is the final addiction for a human being.

Yoga must not remain lost in techniques or obsessed with a perfect body.

Staring with the individual promotes inner for outer peace. At the level of mind we can creating thoughts of peace and love. Simply asking for love attracts more of love. The magic in smiling to a stranger, passes from yours onto the face of another, and another.

Take a moment to listen.

Tell someone you love them, silently. Be ready to help when asked.

To help and not separate yourself form others just because of different beliefs or ways of seeing. Rushing… blinkers expanse of sight and sound in the present moment, disabling recognition of when others are in need. The present moment allows the highest / purest acts and attributes inherent in us all, of what it is to be a human being: kindness, generosity, honesty, patience, sincerity, compassion. As yoga teachers, students and studio owners, we can take responsibility beyond body image studios and glossy magazines into the streets, bringing communities back together, wherever needed.

Real Yoga life does not start and end on the mat, but begins the moment you walk off it into your surrounding communities. In this time, life presents natural situations for you to use proper tools of Yoga as a social skill, throwing light and harmony to create loving communities.

Reach out to the world from the heart and allow for change.

Is Yoga a Religion? ~ Mary Chattin 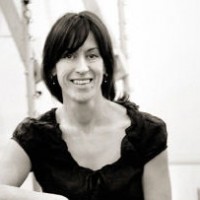