7 Strategies for when we Fail to make the “Meditation” Resolution a Reality. 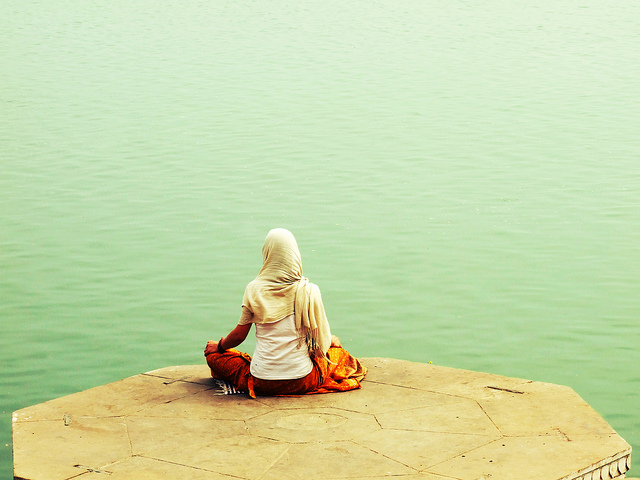 More than half of all adults make resolutions, but fewer than 10 percent keep them going for even a few months.

This year, more than ever before, I’ve heard people make resolutions to meditate. I’ve been down that road before, and failed.

To deal with stress I started meditating in college.

This meant throwing on a Wyndham Hill record (like this), while picturing myself as a beam of light floating through the universe. At the time I was the import/independent label record buyer for a store called Magnolia Thunderpussy, so this was treachery. But the sessions did help. Until life forced me to need more from my practice.

I moved to India to study with the masters, and came to see my previous meditation as another form of escape. Just as I went from punchy 500-word blog entries to writing 2,000 words before starting a story, my meditation sits could last hours at a time. When I returned to the States, I resolved to keep up my practice. But nobody wanted 2,000 words of scenery, and I didn’t have hours at a time to sit still. I tried (and failed) to sit, thinking how “wrong” my practice had been for years.

Luckily I’d also learned that the bigger problem was making a war with myself.

Rather than feel like a failure if I wasn’t meditating like a cave-dweller, I expanded my definition of meditation.

Here’s what I did instead—seven ways to actually make time to meditate:

1. Set a timer for one minute.

I had a spare minute. While biking to work—not all meditation traditions involve closing the eyes—I set my phone timer and for the duration noticed the thoughts that came up. The trick was not to keep going with them. So if, “I need to go to the grocery store,” came up, I’d let it be without starting to plan the grocery list.

Instead, I’d anchor on my breath, or the sounds around me, or the feeling of sunshine on my skin. That’s where the retraining happens. When I heard, “Don’t forget the rice milk,” I’d name it—future tripping—then go back to my anchor. I went from regularly flipping people off and yelling at people in traffic to not always having to react. Sounds small but it felt huge. And I said “not always.”

A minute too long? Yeah, sometimes for me it is. I learned that even taking a second or two to cease mental chatter, any time of the day or night, eyes open or closed, gave me incredible access to the so-called magic quarter second. I noticed a powerful impact almost immediately, when I was finally able to respond more intuitively to a difficult client, without losing the gig.

I actually learned this at Osho’s ashram in Pune. Silent meals were encouraged there, so we could take in the smell of the food, the feel of it, how it looked. When I moved to New York City and felt lack in my life, I added reflecting on the enormous number of resources needed to get food to me—the fruits picked, the miles driven, the sweat equity you turned into money to buy the food—and allow myself to fully enjoy the flavors and the privilege. Those of us reading this are fortunate to have multiple opportunities to practice this every day.

This one I have multiple opportunities to practice, though not in quite so joyful a way as eating. I do it when I’m standing in lines. One day in a hurry, before my reaction to the plodding clerk began, I noticed other the people in the room. There was the agitated one, lips moving. That mood started to permeate the crowd. My observer brain, the part that does the retraining, had kicked into gear. Of course we all wanted service, but seeing this was not the same as amplifying the aggravation. And bonus, when I don’t fall prey to the disturbance, I’ve watched a crowd turn around.

5. While brushing my teeth.

Like eating, brushing my teeth was something I was already doing, but had stopped paying attention to ages ago. Since this activity generally precludes others, here was an area where I could practice hyper-focus on the tastes and sounds and smells. When I’d find myself starting to replay or rehearse conversations in my head, I returned to the teeth. Then floss. Just because, well, flossing.

If I haven’t made time during the day, I know it when I hit the pillow. I am loathe to get off my pillow once I’ve made it there, so I keep an arsenal of guided meditations on my phone. As I’m falling asleep I play one on speaker or pop in the headset. Pro tip, download the guide so the phone can be in airplane mode to prevent incoming alerts. I’m serious about my sleep; lack of sleep will undo all the benefits you’re trying to achieve.

Finally, I added meditating with a group (known in meditation circles as a sangha). A Google search will reveal local meditation groups. I went to many before finding a couple that felt right. Now there are groups on MeetUp. And I found that sitting with a group encouraged more self-practice, and deeper stillness.

*Yes, some of these are mindfulness activities as opposed to “proper” meditation, but if you’re anything like me you have excuses and lists and, and…what we need is a gentle way into practice. 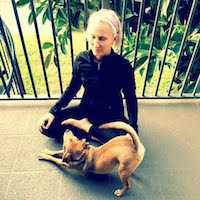