A Hawk Walks into a Bar & Becomes Infertile. 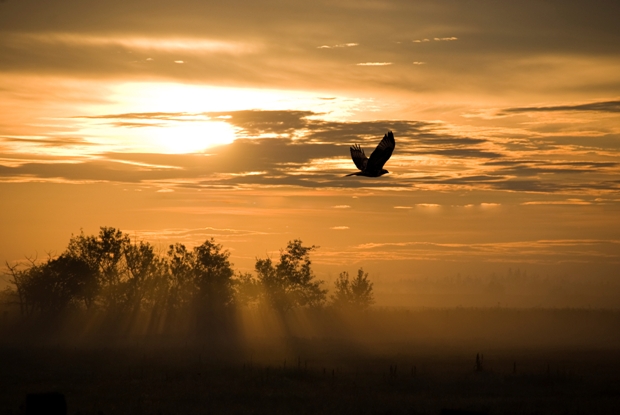 I was never the type of girl who dreamt of babies, white picket fences or a prince riding in on a white horse.

I dreamt more of reckless abandon, traveling the world and being financially independent. And so, that was somewhat the life that I created for myself.

Nevertheless, children, for the past decade, have been an enormous part of my life. God babies, nephews, friends’ children. I love them all intensely. Slowly, through the years, a quiet biological clock began to tick here and there. It was often easily quieted with the next great adventure or love affair. And so it went. The ebb and flow.

And then I met my Him. We got pregnant early on in our relationship. Very early. I wasn’t elated. I was scared shitless. However, just as I began to settle into the idea of actually following through with perhaps being a mother, I miscarried. I didn’t wallow in sadness. I believed what was meant to be was meant to be. I ate D’Angelo’s on the way home from the hospital after my D&C.

It was about a year or so later that I sort of grieved. In many ways I still do. Maybe not so much for ‘it’—more so of the chance, or even greater, my insolence surrounding ‘it’.

I had just turned 40. My Him and I were now married. Ever since the miscarriage my body hadn’t felt quite my own. Something shifted, something changed. We were never able to get pregnant again and I just knew something was ‘off’.

So began the months of being a lab rat at a fertility clinic.

I won’t bore you with the details but it turned out that I was in early onset menopause and the likelihood of me ever conceiving hovered around the 1% mark. Not too promising. I was able to carry a child, just not conceive, so they encouraged me to try egg donation. I have a stepdaughter who’s been in my life since she was a one-year-old. So, in essence I felt that I already had the egg donation covered. I already loved a soul that came to me through someone else. I guess, selfishly, I wanted my own person. Doesn’t everyone, in one way or another?

Finding out that you are, for all intents and purposes, infertile is something that I find difficult to process or digest. In the beginning I, for the most part, walked up to strangers on the street shaking their hand yelling, “Hi, I can’t have kids.” I felt the need to sort of get that out of the way. I wore it as my scarlet letter. In the beginning, I think I cried every other minute, mid-sentence. And in between that I bounced into, “I am woman, hear me roar, no big thing chicken wing, I am mother to all…” Maniacal.

We always want what we can’t have. And now I wanted it more than ever. I didn’t want to be different. Why me? Crack whores could have children. Those who could not emotionally, physically or mentally support a child could have children—but not me. What had I done to the universe to deserve such a slight? The intensity of loss, as a woman, a human, was at times a weight that dragged my core.

The child that I had lost became a statue, a saint, a beloved being of regret that symbolized my last chance, and I had blown it because I didn’t love it immediately. Because I had been afraid of all that ‘it’ had meant. There are things that I experienced emotionally that pen to paper will never adequately be able to articulate: the chaotic darkness of process that is never truly definable.

It’s been a year and a half now. Due to logical requests, I no longer announce my infertility upon walking into a room. I think I’m past the worst of it now. I am slowly settling into acceptance. I still do silly things like take random pregnancy tests just because, and I pull out an ovulation test strip every once in a while just hoping for a surprise…but alas, there is never a surprise. Life is filled with so few surprises.

Lately I’ve been plagued with the question “Why am I here?” If I can’t have that, then what is it that I will leave as my legacy? What will be my epitaph? What is my purpose? What is my unconditional love? My work? My thing to mold and shape and be a foundation for? I get that I have many things and beings worthy of love in my life, but there is so much in me to give and it feels stifled by there not being enough places to give it.

I have had a blessed life—that’s for sure. I don’t deny or negate that. I will always bounce back. I will always be okay and I will always see the brighter side of the moon. However, I can’t help but feel this emptiness that is like a quiet smoky ember that burns ever so slightly in my chest, and if I breathe deep enough, it rumbles itself down to my belly where it smokes and wallows in its ashes.

In these moments, like now, like tonight, when I feel so isolated from my own life and terrified of what my future might not hold, all of those things that I tell myself that make life right escape me. And my throat gets tight and music streams around me and I want to smash things to tiny insignificant bits. But I won’t. And I don’t. And I keep it tight and blow slowly on the ember to keep the tiny red coal alive because I’ve been so used to carrying it with me now that I don’t really want it to go out because it’s better than the alternative of nothing.

It’s not self-pitying or at least not meant to be. It’s just questioning. Perhaps I just wager a question to the universe. You took this, so could I have something to replace it? Maybe I already do and I’m just not sure of it. Checkmate. F*cker.

I’ll end this torturous pointless ramble with one thing. I remember that day. When I knew something was wrong and the hawks came down and flew in circles around my courtyard. And I knew that it was done. You were gone. And I’m sorry I didn’t get to know you. But thanks for thinking for a bit I was worthy enough to be inside of. I won’t waver next time I meet you. Promise.