Be the Creator of your own Outcome. 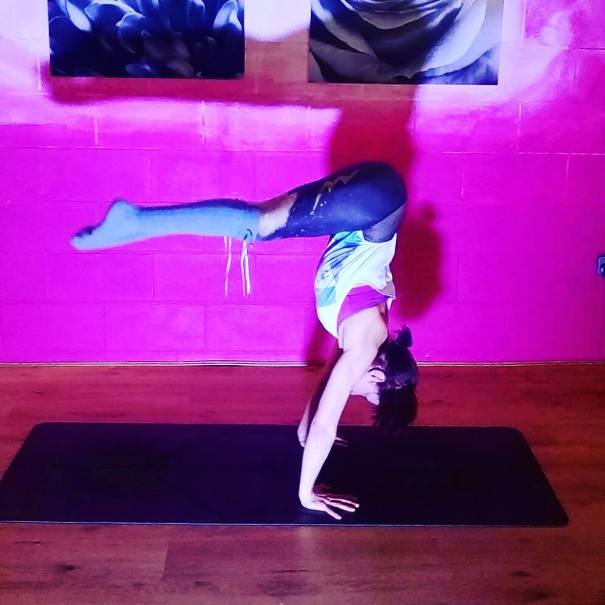 At the start of the year, it seems so easy to set resolutions and plan intentions and goals for the year ahead.

A couple of weeks into the year—when the adrenaline has started to wear off and the reality of the challenge, scale and commitment of perusing these dreams starts to sink in—it’s easy the question the outcome and possibility of ever making them happen. Optimism can be replaced by a fear of failure, and doubt may cause us to question is it really worth it?

First of all, stop focusing on the outcome! The greatest lessons, challenges and strengths I’ve found are learnt through the process. Give yourself permission to feel vulnerable to make mistakes and to feel challenged. In a world so driven by outcome, it’s easy to become so obsessed by it that we lose to ability to feel, surrender and really be present in the process. I’ve found through my own experiences, that the more I focus on the final goal, the more out of reach it seems to be.

Working as theatre director and actress in my teens and 20s, I found that each time I had finished writing or directing a play, I’d feel a tremendous sense of sadness and loss—feeling the need to quickly replace this void with plans of the next play or production, which always had to be bigger and more successful. I was constantly in competition with myself and rather than learning and growing from each experience, I restricted my own potential by believing it had to be defined by time-scales, bench marks and structured guidelines.

I’ve found the same lesson applies to my yoga practice. The harder I try to push and punish myself, the more ridged, forced and unnatural my practice seems to be. I was reminded of this lesson the other week—I was practicing handstands alongside a dancer, when he asked me where I found the strength in my body to float off the ground.

Connecting to his question—I was transported back to a time, not so long ago, when I stood frustrated in a standing straddle, desperately trying to get my feet to lift. I remember watching my teacher float, with what appeared to be such effortless ease, and posing to her exactly the same question. Her response confused me at the time: “Stop trying so hard, and just let it be.”

Her answer seemed so ambiguous back then, for how could one learn to float into a handstand without trying? Surely, if anything, we have to try harder?

Two years later, I understand this.

Through consistent practice and meditation, I have learned that one of the most important relationships in life is the relationship between our own body and mind. The more we tell ourselves that something is going to be difficult, the more it becomes difficult. The more doubt, fear and expectations that we allow ourselves to manifest—the less involved, relaxed and present we allow ourselves to be during the process.

Let me use the example of a game I used to play as a child with my friends. One of us would lie on the ground, whilst we all repeated the words: “Light as a feather, stiff as a board.” I’d concentrate on making my body as light as possible, until eventually my friends could pick me up effortlessly off the ground.

This takes me to my second lesson—try to see each experience the way you would as child. As children, we have the vulnerability, faith and optimism to believe in possibility, miracles and magic. It is through this belief that life so effortlessly happens. We are not conditioned by expectations, judgement and failure—and through this optimism, we are open and playful to try. As we grow up, the view of life often changes as our worth becomes increasingly judged and measured by others and societies expectations.

I found this lesson, growing up in the theatre industry, flavored by competitions, comparisons and frequent exposure to failure. So many times in my teens and early adulthood I’d attended auditions, being told that I was the wrong, size, shape, gender and look. I let other people’s opinions and judgments define my own character and worth, and at the time, I allowed it to create my own outcome. I became very anxious, insecure and depressed and lost all belief in myself.

This takes me to the third lesson that I wanted to share, which is—no matter how much you are judged and criticized, you are the only person who can create your own outcome. You can decide to give up, and succumb to other people’s judgement—or you can choose to carry on, despite the odds that might be stacked against you.

I was reminded of this lesson today, when I watched a documentary on the four minute mile. Before 1954, it was seemed both physically and scientifically impossible for a human to be able to run a mile in four minutes. The graphs, evidence and expectations were stacked against it. In 1954, Roger Bannister defied these expectations and made the impossible possible by breaking this barrier. He made a decision not to let other people’s opinions defy his own mental and physical limitations, and consequently he succeeded and has been preceded by many athletes after because he gave other’s the courage and self-belief to try.

This reminds me of my own journey and what I believe to be my greatest successes—journeys and experiences of happiness. They have only been made possible because I believed they were possible. I’ve only felt happy because I made a choice to be happy and to truly be present and open to the moment, rather than distracted by the fear of failure and the thoughts and judgement of others. I’ve allowed myself to be myself, rather than who and what the world sometimes suggests that I should be—and through this self-permission, I’ve experienced the most growth, peace, success and happiness.

This is the message that I wanted to share with others—allow yourself to be present, and fully surrender to the process, rather than being weighted by the outcome. See the world through the eyes of a child, and surrender to the magic, hope and miracles that can exist if you open yourself up to believe in their potential.

Defy the impossible by believing it is possible—and give yourself permission to try. 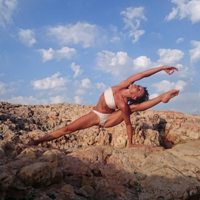