Finding the Gift in Addiction as a Highly-Sensitive Person. 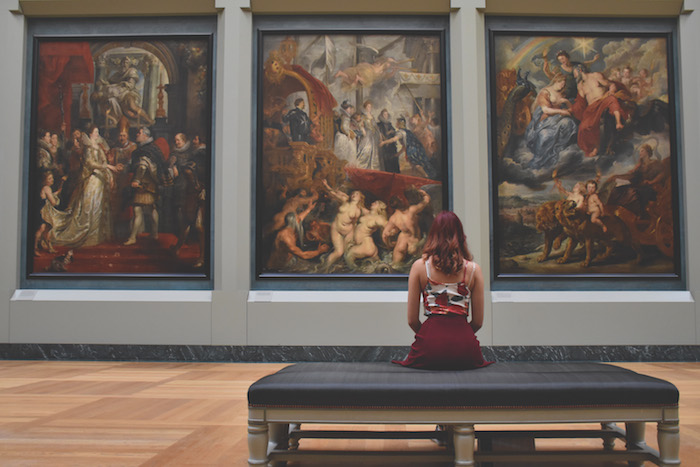 I came into this world a sensitive being.

Some people would say too sensitive, that sometimes I let things affect me too much, that at times I thought about things too deeply.

All these statements may be true.

What is also true, is that I came into this world knowing no way of stopping my ability to feel these things so intensely. When people said I needed to let things go, I had no idea how. I felt the lingering energy of situations and people long after an interaction occurred, and sometimes much before it.

I had no tools in my personal tool box to handle the immensity of information I regularly received from my surroundings.

I never set out to become bulimic. Developing an eating disorder was a sequence of escalating coping strategies that came from the heart of someone who was continually aching for authentic interaction, in a world that felt mostly cut-off and haywire.

Elementary school for my highly-sensitive self was a breeze. My mother chose a small alternative school with mixed-age classes. We called our teachers by their first names and every morning when we came into class, we sat down in a circle and went around one by one to share our feelings.

This environment was a place where I could flourish. My ability to feel things was encouraged and I felt like a newly-blossoming lotus flower.

High school turned out to be another beast all together. My desire to share deep connection with others and the world around me did not belong amidst the gossip and competition that was a requirement for popularity there. I heard and felt every remark, look, and movement of the 1,000 plus students who tramped their confused, adolescent bodies through the hallways with me each day. Often, my interactions with others were rigid, cold and judgmental.

I was overwhelmed in those years and my world felt increasingly out of my control. Every day was like going into hand to hand combat with no weapon and no armor. Back then, my skin was translucent and paper thin.

High school was the first big lesson for me that I could not control my environment. So, the first thing I tried to control after that realization, was my body and then food.

I started exercising and restricting my meals. Instead of thinking of the loneliness that would build up in my chest and my own racing heart, I obsessively counted calories and went to the gym. It was a distraction that I needed and a solace to me at the time.

When I first found bulimia, I fell in love.

I never wanted to live without it—even though it would later become a thing of great pain and shame to me. It started as a way to numb my sensitivities and distract myself, the way others might use drugs and alcohol. I found my substance abuse in food.

The first and only time anyone confronted me about my eating disorder was when I was 18, by a boyfriend I lived with in Australia. There were days when I would purge upwards of eight times. I was consumed and exhausted by it and by the shame of my attempts to hide it. One would think that at this point, I would embrace the opportunity for help, but addictions have a mighty strength all their own.

Having to sit with my boyfriend after a meal while he attempted to control my bulimia became excruciating. I fell into a deep depression and even though I tried to stop and knew there must be a better way for me, I wasn’t ready to go through the pain to figure out what that way was. I wasn’t ready to sense or feel all those experiences that had completely overwhelmed me before.

I chose to be consumed by an eating disorder rather than face the fear of being consumed by my life. I was in one of those deep, dark valleys and I knew if I continued to fight darkness with darkness, I may actually die from it.

Addiction has nothing to do with our higher selves or even our real personalities. I had absolutely no control over when bulimia came, when it went or what it chose to do with me. It was a hungry and love-deprived animal that lived inside of me and it was the experience of living two polar opposite lives in one.

Addiction is about the belief that it is necessary to cope with life, and back then I was a strong believer in the need for something to help me survive. It takes some of us a hell of a lot of days, months, breathless minutes and sometimes years of deep, dark-valleyed living to realize that life may not actually be about coping. That life could actually be based on thriving.

I lived abroad on and off for the first five years after high school and in that time my bulimia would cyclically show up and then disappear. I tried to let it go. I continued to feel things immensely and when I could see my sensitivity as a gift, I could handle the intensity. But when I was tired and needed support, bulimia would handle it for me.

When I moved back home to Canada I decided I would stay put until I had faced all the demons that moving from country to country, temporarily fixed. I would look at my bulimia, find some way to thrive as a highly sensitive being and develop the courage to share this struggle with others.

Meditation and yoga became my good friends through the years of my recovery and are still a part of my daily practice. Learning to stay in meditation was, ironically, the start of my path to freedom. It was in meditation that I discovered I could remain still despite what my mind and body said. From stillness I began to understand the truth of what bulimia was to me.

Bulimia had come to teach me that I could handle my sensitivity, that facing and accepting it was less painful than any strategy I could develop to run from it. It had come to help me build my tool box and layer up my thin skin.

One of my spiritual teachers once told me I needed to put on a substantial amount of spiritual weight in order to be able to out-sit my addiction. Bulimia was the catalyst for me to build up that certain internal gumption, to acknowledge that I had the ability to walk towards and live a path that could be focused on thriving.

Recovering from addiction is about reclaiming our souls, our gifts and our unique sensitivities. It is a true re-birthing. Anyone who says this is easy is absolutely lying. Any addict who says their addiction wasn’t essential to their becoming a better human being, is also lying.

This is why I say that addiction gifted my life deeply.

Years of bulimia made me realize that there was an immense amount of gritty shit that I could handle. It showed me I could live through the darkest, deep-valleyed years and still get up and live again.

When I was young, I didn’t believe I had what it took to for this life, so bulimia handled it for me. My 10-year struggle taught me that we can always begin again. Forgiveness of myself became my biggest guru and I bow down to her regularly still.

It takes a lot of love to stop the cycle of addiction. It takes great courage to find out that we have more strength than any substance. Bulimia taught me that I could do what seemed impossible.

When I Was Bulimic.