How I Outsmart my Inner Critic, & 4 Steps to Help You Do the Same. 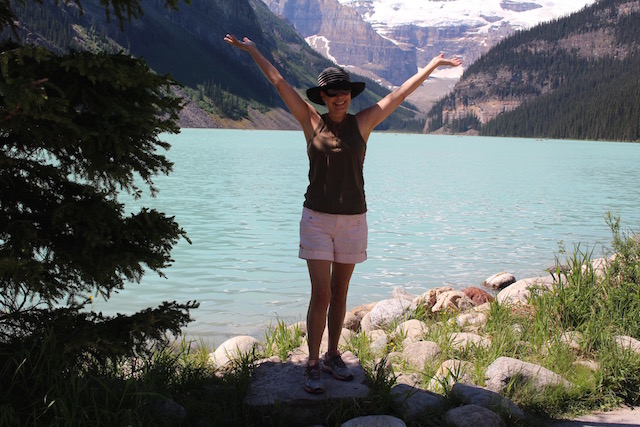 I recently had an unhappy night, filled with restless moments and memories. The consequences of decisions I made decades ago lapped at my feet.

I divorced my children’s father, and removed grandparent rights from my father and mother.

My choices were necessary. They were protective. They gave both me and my children safety.

Yet, those choices reinserted recently, despite my fervent desire for them not to.

When ugly comes to one you love—one you’d lay down your life for—the chink in the armor opens quickly for it to poke at an old bruise on your heart.

And that’s when the old voices played a litany ticker-tape across my mind. I call it a woodshed sort of night. You know about the woodshed, yes? The mental place you take yourself for a good verbal whooping?

Old voices, for the record, are the miserable sounds of my parents’ critical voices. The, “behave—I can make another one better than you” voice. The, “what happens in this family stays in this family” voice that insured incest would continue.

The comments and strictures imposed by abusive parents to keep their ugly secret—these wound a child at the time of delivery and become the weight around self-esteem.

Back to my woodshed. It is well-designed, artfully appointed with the faces of those whose negative voices I will forever need to quell, and although I visit less often now than times past, I occasionally find myself within its walls.

For me, it’s the early morning, half-awake half-asleep moments when the voices of times past slip through that dratted chink in the armor. Woodshed stuff, where I add my “woulda, shoulda, coulda” voice to the strident chorus.

Before I know it, I’m singing in cockeyed harmony, doing a pretty good job at ass-kicking—my own. It’s downright awful.

Voices from the past know the way to your heart; they forged the path. The truth is, these voices only have power if you let them. Hence the woodshed.

So, how does one neutralize an old voice?

Identify the voice and its message.

“Your smile is too wide. It’s going to get you in trouble.” “Your laughter sounds like a hyena.” “You stupid arrogant b*tch. How dare you defy me?”

Those were some of my critics’ messages to my inner child in the past. Yours will be unique to you. Who hurt you with their words? What did they say that pierced your heart? Write down who said what, when and where. Identify the voice and its message, because we’re about to alter it.

Take each of your messages and rewrite them into a truthful statement of support. “My smile is open and beautiful.” “My laughter sounds like a melody.” “I’m disagreeing with you, which is my right.” Remember, you are an adult and may be more grown up than your worst critics—more mature than they’ll ever get to be.

Interrupt the old voice, when it speaks, with the new message.

State the new message in the tone of voice in which you would have liked to have been addressed. A huge part of any message, negative or positive, is how the words are spoken, not just the words themselves. Repeat the new message until you like its timbre, as well as its content. Then, when you hear that nagging voice in your head, replace it with your new, supportive, empowering response.

On whose “truth” do you want to bet your life? When I listen to the old voices and add my own like an echo—in other words, when I take myself to the woodshed—I have conspired in their lie. Parker Palmer has it right about undermining yourself: “No punishment anyone might inflict on me could possibly be worse than the punishment I inflict on myself by conspiring in my own diminishment.”

You know your truth. Stand fully in it. Put all your weight on it.

Thriving after child abuse, or any abuse, is an evolutionary process. Part of thriving is laying down the angst. It’s an art form. When an old voice or old pattern asserts, neutralize it, then lay it down. Set it aside. Each time you do, you strengthen that new pattern in your brain.

This discipline requires conscious, thoughtful practice, and takes time. Be gentle with yourself as you learn this new skill. It takes work to heal. To thrive—not just survive.

I have done many things imperfectly in my life. Sometimes that imperfection impacted those I love. For those times, I have regret. But a journey, the continuum of a life, needs acknowledgement, understanding and more than a little grace—an “atta girl!” for intent and persistence, imperfect though the implementation may have been.

So, when you discover yourself inside your own woodshed, open the door, step outside and walk away.

The door unlocks from the inside, and it’s a glorious day out there.

Whiny & Self Indulgent: the Inner Critic. 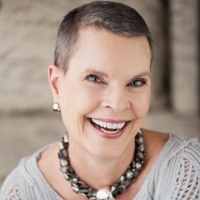