Lessons from a Parasite. 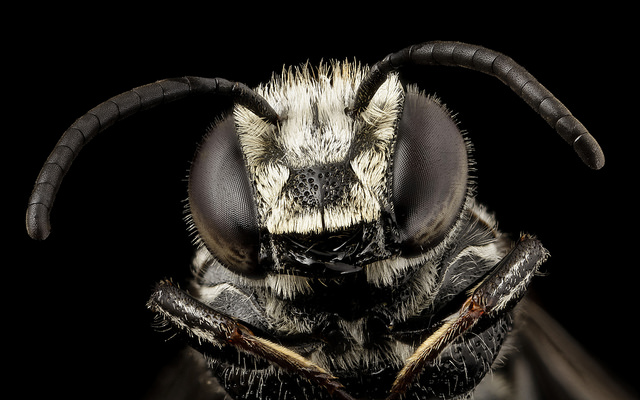 Why I am Thankful for Being Sick all of December.

I’m a late bloomer. I didn’t move out of my mother’s house until I was 25, and even then she kind of had to nudge me out of the nest.

Growing up I was never very adventurous. I preferred the familiar comfort of my own backyard to the backpacking trips around Europe or Asia that so many of my peers undertook. I had no interest in expanding my horizons or exploring new places. Instead I preferred to stay in my comfort zone, not venturing very far or growing very much as a person.

It’s not that I didn’t have fun. I’m what you’d call a party girl. I spent my twenties dancing the nights away in bars, sleeping with far too many men, and generally making bad life decisions. Some of this behavior has gotten better as I’ve moved from my twenties into my thirties but far too much of it has stuck around.

That’s why going away alone a few months ago was such a big deal for me.

At the age of 37, I was doing something I’d never done before. I was going to Nicaragua for a yoga retreat and then on my first solo travel journey ever. And it was everything I hoped it would be.

I came home with a renewed sense of gratitude for my life in North America and a new found sense of adventure and the confidence that I could do anything. When my dad picked me up from the airport he said he hadn’t seen me so energized or excited for a long time. I was bursting with new knowledge I had picked up from the yoga retreat I had attended and stories of my solo travels through Nicaragua. I felt renewed, inspired and unstoppable in my momentum.

Unfortunately, it wasn’t long before my excitement turned to panic. A few days after returning home I got sick. Really sick. At first I thought it was the flu. But when I wasn’t getting any better after over a week it started to become clear it was something more serious. I won’t gross you out by outlining my symptoms. But let’s just say that I thought there was a very good possibility that I was going to die (this might be slightly dramatic, but only a tiny bit).

Fast forward a couple of doctors visits and tests later and I learned what the cause of my despair was: a parasite. This thing was the worst. It was loud and obnoxious and wouldn’t leave me alone. It waged a war in my belly.

I soon decided it needed a gender and a name. So I decided his name was Parker. He didn’t respond to the first round of antibiotics. He tricked me into thinking he was gone but as soon as I finished the last pill he was like, “Ha ha, not so fast, sister.” My doctor had never heard of this type of parasite before. She literally had to google it to figure out what to treat it with. Luckily one of her colleagues at the clinic I go to is somewhat of a specialist in these types of conditions so he supplemented her google search.

Parker was like a possessive ex-boyfriend or needy friend—I just couldn’t get him to lay off. He stole my appetite and my energy and he almost stole my happy. I could no longer go out for dinner or drinks (nor did I have any desire to). I had to be incredibly careful about what I ate and when. I lost 10 pounds. After being in the depths of despair for many, many days I finally began to see the upside.

“Whenever anything negative happens to you, there is a deep lesson concealed within it, although you may not see it at the time.” ~ Eckhart Tolle.

When I thought about this quote in relation to what I was going through I started thinking about the fact that so many things in life are what we call blessings in disguise. Sometimes something that seems like the end of the world at the time is really the beginning of something beautiful.

Along with losing all taste for food, I also lost all taste for alcohol and tobacco—two substances I have struggled with for most of my adult life. Because all this happened in December I couldn’t partake in most of the holiday festivities that were unfolding all around me. I had to sit out my office Christmas party. I had to rest, my body wouldn’t allow me not to. I was in bed every night for a month at 8 or 9 o’clock, which means I missed a heck of a lot of TV.

In the midst of the worst sickness I’ve had my adult life, I found blessings.

I was forced to slow down. Usually it is next to impossible for me to relax. But when I was sick I had to. I was so tired and weak that I spend most of my time lying around reading, writing and watching television. These small pleasures took on new meaning for me and for the first time in a long time I didn’t feel guilty about just chilling out at home (even if there were dishes or laundry to do).

I lost a few friends. Or rather a few of them conveniently stopped calling me when I was no longer interested in getting drunk with them. At first this bothered me but once I realized that this actually had nothing to do with me, I stopped feeling hurt.

And the most beautiful of blessings is that I found myself again. My essence. Peace in solitude. Joy in the simple acts of eating and sleeping. The knowledge that I am the only person who can give my body what it needs to heal. Remembering how wonderful it feels to wake up without a hangover or tired from partying the night before. Plain toast and chamomile tea. I found these pleasures again. And I would not have rediscovered them if I had not almost been brought to my knees by Parker the parasite.

Parker is dead and gone now. A double dose of hardcore meds took care of him. But his memory lives inside me, and will forever. I will never forget the lessons he taught me. Actually, correction: the lessons he reminded me of. Because had it not been for him I would not have been forced into changing my ways. It was just a short term change in the grand scheme of things but I am not going to allow myself to forget. Because in the midst of the storm I found peace. And I think I will hold onto that for a while.

So, thank you Parker. Thank you. 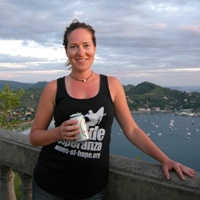