Naked Shadows on the Road to Development. 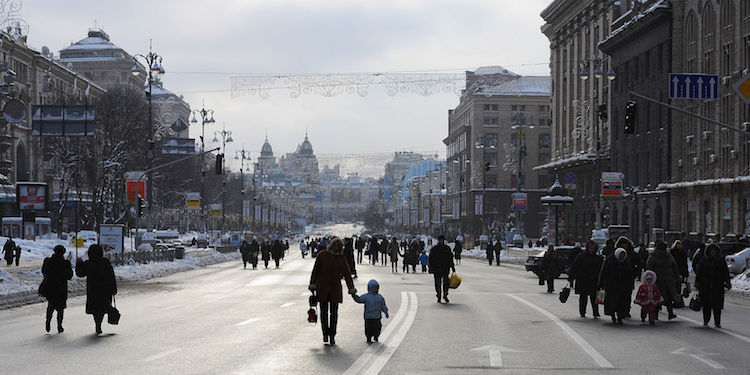 A stark naked woman casually walked by me on the sidewalk.

She was about 50 years-old and smoking a cigarette. It was a relatively busy street with only a few other people out walking, but they just minded their own business, apparently unfazed. She was not attractive, but neither was she repellant—she was simply naked. And she did not appear to be recently mugged, homeless, crazed, high-on-drugs, or making a political statement.

But this was not liberal San Francisco or Amsterdam, but rather Belgrade, Serbia. Residents of Belgrade are not known for their bohemian ways. Far from it, the ethnic make up of the population is extraordinarily homogeneous, and there seems to be no real counter-culture of which to speak. The Serbs are perhaps best known for ethnically cleansing those who are different from them, though much has changed in the last couple of decades.

Serbia is actually the first moderately well-functioning, middle-income country I have travelled to where there seemed little real income-inequality. The equality is probably a holdover from the communist era, and it seems to have provided for a friendly and relaxed culture in which people are largely content. They are generally well-mannered, mostly gentle, and have a strange penchant for obeying crosswalk instructions.

But then there was the naked lady, who seemed to have fallen so far through the cracks as to reside in another realm altogether. There are many things one might say about such a non-event. We might muse over how quickly humans adapt to the otherwise bizarre or the way clothing can reveal just as much as it covers. The Serbians have a flare for style, but this was not sexy. And perhaps the whole episode would have been forgotten in minutes but for the stimulus it provided to a traveller’s reflections.

Serbia was the largest state of the former Yugoslavia. It was a communist country, run by the strong armed Tito, who is still revered for having held together the multiple ethnic-states of what many regarded to be an impossible country. Yugoslavia’s economy was comprised of worker-managed firms in which employees selected their managers and the profits went to the state. It was in some ways the closest the world ever got to a truly communist ideal. But those days are now long gone.

When Tito died the country broke apart. The Serbs held onto the rump of Yugoslavia under Slobodan Milosevic. In the process, they carried out a genocide against the Bosnians and an ethnic cleansing against the Kosovars. The country was bombed by NATO in 1999 to stop the ethnic cleansing of Kosovars, and later that year mass protests succeeded in throwing out Milosevic and establishing a democracy. Now the country is on a path to European Union membership.

All of this makes Serbia well worth talking about. It is a model of economic equality. It is developing without losing its soul. Its former system of worker-managed firms is a cooperative ideal. And it clarified its borders, put an end to war, and has begun to play nice. But nice countries rarely make the news. And as Israel continues to take up headlines, we would do well to look at how a highly militarized state with insecure borders might resolve its issues and open up from within.

It takes great repression to bring a country like Serbia of the nineties to heal. The repression makes everything reliable and trustworthy, hence safe and secure. But when you compliment their country, Serbs seem discontented, hinting at hidden problems lurking beneath the surface, as if the violence might re-emerge any given moment. And they are hard drinkers, tearing off the mask of normalcy when they do, as if this is their only outlet. Perhaps the naked lady actually was crazed or drug-addicted. Whatever the explanation, she might as well have been invisible. It was as if she was stalking through the Serbian unconscious, unnoticed but ever-present.

There is a sense that theirs is a flat world, and if you fall off the edges you will plummet into an abyss. It is common to feel such things in countries recovering from severe collective trauma. The wounds of history are often fresh and yet unspoken, making it difficult to tell what is real and what is imagination. The naked lady seemed to have fallen off the edge of the world and come to inhabit what for most Serbians was wholly unconscious. But perhaps this was my own fantasy of their unconscious. If my musings warrant consideration, Serbia will sooner or later have to integrate the naked shadow staring in at the party. Development is not only an economic and political process, it is also social. It takes a stifling degree of discipline to provide the reliability that results in Serbian social concord.

There are benefits at each stage of personal and social development. But the stage at which social conventions are solidified can be hard. Much will need to be repressed that surfaces later—or at least this is the way development has thus far worked. Sooner or later the naked lady needs to be invited into the party, and somehow her truths will need to be included. Sometimes it is obvious who needs to be included and the fight that this inclusion entails. America is now working to expand upon gay rights; last generation it was the rights of women.

But sometimes the inclusion involves each of us keeping our eyes and hearts open to the uncanny, to the pieces of ourselves and of our societies that have fallen through the cracks.