Pet Me before I Die: The Truth about Cub Petting & Canned Lion Hunting. 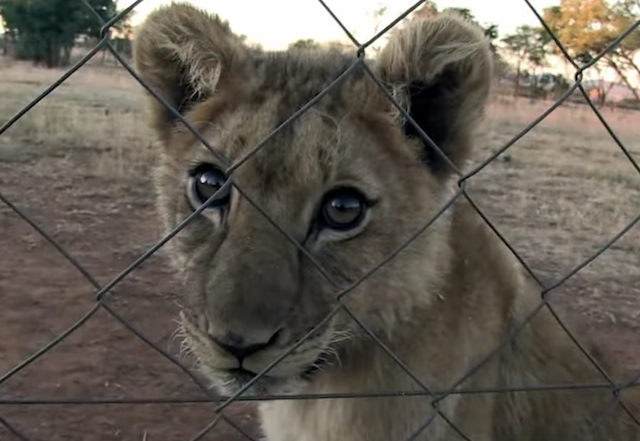 “They were so cute. Adorable! And it’s great that this organization is doing such a great job in preserving lions.”

I knew my friend wasn’t aware of what was really happening and neither would I have been if I had not done some research before going to work in a lion camp in South Africa. It was there I received an education about the lion cub petting industry while working at Kevin Richardson’s Lion Camp.

It is very tempting, and I don’t know many people who don’t want to cuddle a lion cub, to take photos, put some nice pics on social media and think we’re contributing to something good.

The truth is that with every visit, photo, or donation to an organization keeping lion cubs we are supporting a whole circle of suffering. We support the unethical, unnatural and cruel practice of cub petting, lion walking and canned lion hunting.

Let’s start from the beginning with our cute lion cubs.

To pet a lion cub means the organization will need to have cubs available at any time to attract customers and volunteers. They will force breeding and take the cubs away from their mother shortly after birth. This is already traumatic to all animals involved. The lioness is forced to breed again to produce three litters of cubs a year, where as natural breeding would take place every second or third year. When the mother doesn’t do the job anymore she will be shot for the lion bone trade or let go for a last walk to be shot by a trophy hunter.

The cubs in these places are, naturally, handled by humans. They don’t grow up in their normal social structure with their family, which means they are by no means able to be released back into the wild. Every organization that states they release lions to the wild doesn’t tell the truth. It’s not possible because the imprint of humans is too big. They would barely be able to survive in the wild and would be a threat to humans since they were always fed by them. Moreover you would need to have enough habitat for a whole pride to live in, taking into account all the consequences (changes in animal population of other species, size of territory, resident wild lion population, presence of humans and their livestock, etc.).

The human raised cubs are abused by being taken for photo-ops and petting everyday as long as possible. Natural playful behavior, which could hurt a paying customer, is inhibited by violence whereas the normal need of sleep during the day is prohibited as well. The cubs often don’t get proper nutrition in order to keep them small as long as possible. This can lead to serious defects later on. For example, the psychological and physiological stress causes cubs to often lose hair and have serious diseases.

What kind of life is this?

Now, let’s look at what happens when the cubs become too big and dangerous to handle. They are sold to lodges that offer lion walks, a once in a lifetime experience according to their promotions. Many people fall for this advertising ploy.

Until the age of two years, or three at maximum, the lions are forced to walk and behave without being able to show any natural behaviour; they can even be beaten anytime they start playing or showing some unwanted behaviour like sleeping when there are “paying customers” waiting for their walk.

The lions are kept in small, unnatural, sparse and filthy enclosures. Imagine as many as 25 lions in a small enclosure. How would you feed and clean them? It is not the same as having 25 guinea pigs.

And let’s think about the amount of cubs produced a year for a moment. If the institution has around 25 lionesses (which is already an underestimate), three litters of two to four cubs a year equals 150-300 lions.

Where would we keep all these lions in humane conditions? From where would the money for feeding and running this institution come?

I am not even able to imagine humane conditions.

Thanks to Kevin Richardson whose mission is to make people aware about this and who pointed out this single easy sample calculation and the condition these animals would endure. (http://www.lionwhisperer.co.za/)

When the “walking lions” finally become too big to handle, guess what’s happening with them. (No, they are not released into the wild to attack humans or farm animals or to just die because they don’t know how to defend themselves and maintain their territory.) These lions go straight to the canned lion hunting industry. The tragic and brutal end of a life of abuse, torture and terror.

“Hunters” can choose their lion trophy on the internet and fly over for a 99,9 % guaranteed successful “hunt.” The chosen lion is often drugged before his last walk in a fenced territory. Food is set out to keep him busy while the “hunter” can shoot him as often as necessary. Not every shot would kill instantly. On the other hand too many shots would spoil the trophy. The shooters just wait a couple hours and pick him up later when he’s finally dead.

If it’s not the canned lion industry, the growing Chinese and Vietnamese lion bone market will take over. The tremendously increasing demand of lion bones processed as aphrodisiacs, wine or cake is said to be driving lions to imminent extinction.

The Campaign Against Canned Lion Hunting explains the whole circle in more detail on their website and for visual information about this cruel industry the film Blood Lions gives a good overview. Another film is in the making and will be finished in 2018.

It all starts with a cute lion cub to pet.

We know if there’s a demand the market will provide it. We can influence the supply by making conscious choices of what we support and buy.

If everybody knew the truth about this cub petting/canned lion hunting circle, I am sure less people would support it.

As long as we “long” for petting lion cubs and walking with lions without thinking what this means for the lion and what a life of suffering we support, it won’t stop. And I am convinced as more and more people make the connection and question why lions are made available for this and stop participating in any activities in which the lions are involved…only then will this inhumane treatment of lions be ended.

In fact it’s not only about lions but every animal cub that is used to make money.

We can change anything when we spread awareness and act with our consciousness.

Let’s give lions and any other animal a life they deserve.

What if Animals had Legal Human Rights? 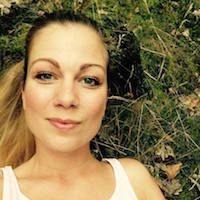