Sweet Islam—Not as Different as We Think. 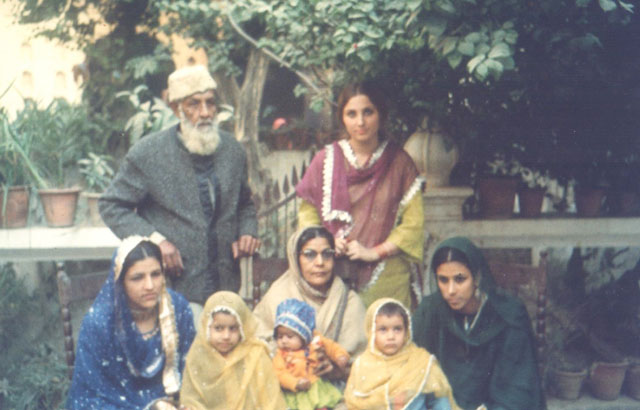 As soon as a Muslim baby is born, someone whispers the name of God in its ear so that it is the first sound the child hears.

When a Muslim dies, the family washes the body and dresses it in the right clothing so that their loved one is ready to meet God on the Day of Judgment. Even young children know how this is done because they’ve helped with it at home.

So when my own newborn died, my husband knew what to do, although he was far from other Muslims. I was too ill to leave the hospital. In Wisconsin it was deep winter, but he knew how to wash the tiny body and he knew what prayers were needed. My white-haired grandfather, a lifelong Presbyterian, went out to the cemetery where the snow had been scraped away from the brown earth. Together they buried the little white coffin.

I was an American Christian married to a Muslim. We had met in India and I had stayed with his family. Living among them, I had some sense of their faith. They leaned into God as a support and comfort.

Certainly Muslims approach the Divine in a different way than most Christians do. It’s easy to label Islam as today’s devil.

Later I saw my sister-in-law holding her dying newborn. Her new baby—the first full-term baby after many miscarriages—had a metabolic disorder and could not digest food. But she leaned into the One for comfort and mercy. Even though she could not comprehend why this was happening, she trusted the mystery of the Divine.

The Muslims I knew were people who trusted God, not people crushed beneath God’s boot in submission. There was a sense of surrendering to the Divine, a sense of mystery and trust.

Here’s what one Muslim scholar says: “In Arabic, the word ‘Islam’ means submission or surrender—however, it was derived from the root word ‘salam.’ From this root word, you can also derive the words peace and safety. Many people feel that Islam implies some sort of enslavement to Allah, but others find it more helpful to define the word ‘Islam’ as surrender.”

Islam begins and ends in utter monotheism. “There is no god but God, and Mohammed is His Prophet.”

If I say, “There is no god but Allah, and Mohammed is his prophet,” the word “Allah” stops people cold.

In Arabic, the word for God is Allah. It’s that simple. The Muslims are not naming some statue or some new divine being. They are saying the word God in their own language.

Here are 10 other Muslim names for God: The Holy, The Divine, The All-Aware, The Almighty, The Majestic, The Judge, The Compassionate, The Bestower, The Creator, The Utterly Just. Muslim tradition offers 99 names like these for God.

Muslims accept the Bible as a holy text, in addition to the Quran. When Muslims say the word Allah, they are talking about the God of the Old Testament, the omnipotent, single God of Moses, Abraham and Isaac.

Islam says God is one, inscrutable, impossible to divide and impossible for humans to fully understand. This presents a real sticking point between Muslims and Christians. In 632 AD, the year the Prophet Mohammed died, Christians were already using the concept of the trinity to explain God and identifying Jesus as the Son of God.

I once sat chatting with a professor of Islam, a tiny man with a white beard and a small round white cap. We were drinking tea and eating pakoras in the courtyard of a Muslim home in India.

His smile was warm as he leaned towards me. “We are the same, we Muslims, Christians and Jews. We are one family. Brother and sister. But the Christians have made some small errors in their understanding.”

He lifted a finger for each point. “First, there can be no Father, Son and Holy Spirit. God can never be divided. Second, God can never be a Father! How can anyone claim that God would make a woman pregnant? This is offensive! Third, Jesus did not die on the cross and he was not resurrected. He was a prophet—a man, a good man, a divinely inspired man. But he was not divine himself! Only God is God. We must worship only God. We do not worship the Prophet Mohammed, peace be upon him, and surely Christians should not worship Jesus instead of God Himself.” His smile is charming. I raise my eyebrows and smile in silence, thinking that Christians would find this conversation impossible.

But from the perspective of total, uncompromising monotheism, what he has said makes sense.

Muslims pray from the heart just as Christians do. Dua is Muslim prayer where a person calls out to God or asks for help.

While exploring my in-laws’ rambling old house, I often stepped around a corner and found a servant or a woman sitting quietly, her hands lifted in prayer. In the outer courtyard where the men entertained their friends, it was the same.

Every day’s rhythm included both reflective prayer and formal prayer. What startled me the most was that, without any warning, women would just stand up, wash up, rearrange their scarves, step onto a carpeted platform in the corner of the room and do their prayers, bending and kneeling. No one paid any attention.

But it was the trust—God’s intimate closeness—that I recognized most in Muslim life.

Everyone on Earth grieves. We all face despair at some point.

My sister-in-law’s grief was the same as my own. In prayer, I leaned against God’s side just as my Muslim sister-in-law did. The Mystery, the Divine, held us close.

We knew that we would never understand. What happens in life is as wild and terrifying as love itself—too huge, too difficult and too exquisite to grasp. The pain never made sense, and it shouldn’t.

But we knew our soul’s home. “I have called you by name. You are mine.” We know it as surely as a baby knows the scent of her mother’s body.

When I look into my sister-in-law’s black eyes, I know that she and I are one. Hope is real. Eventually joy appears, as shocking, wild and perfect as the pain.

There is no “other” to fear or hate. There’s only this moment when we lean against each other in love. What’s sacred is this union of hearts. We are One. 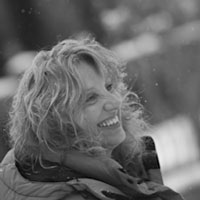