What Would Jesus the Palestinian Do about Israel? 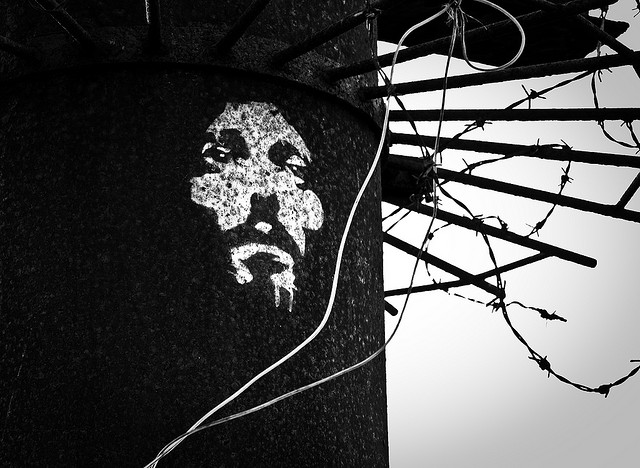 What do you call a Christian who opposes the occupation of Palestine by undermining its socio-economic and religious underpinnings?

There is a quiet sea of change in support for Israel among American Christians. This transformation is so powerful it might ultimately end the occupation of Palestine by shifting support away from Israel, but it has largely gone ignored. More conservative evangelical Christians, who have been a bastion of support for Israel, are increasingly scrutinizing the state’s human rights abuses. Key leaders are dropping their support, while the younger generation opposes as much as it supports Israel.

Meanwhile, more liberal Mainline Protestant churches, like the Methodists, Lutherans, and United Church of Christ, are seriously debating divestment from Israel. Mainline Protestants are core to American society and were crucial to the Anti-Slavery and Civil Rights movements. They fought and eventually overcame the Jim Crow system of racial injustices upon which South Africa modeled their own system of Apartheid. And their increasing support for Palestinian human rights could ultimately turn the tide in favor of Palestinians.

It is a great irony that American Christians often support the occupying Israel over the occupied Palestinians. Jesus lived and died in occupied Palestine, after all. And he was crucified at the hands of the occupying Romans. His mission was in many ways a response to the suffering engendered through occupation. And a substantial portion of the Palestinian population is Christian, the most well integrated in the Arab world. Jesus spends most of the Gospels comforting the marginalized, criticizing the wealthy, and preaching love. But the occupation is ever-present in the tensions with Rome, the constraints placed on the Jewish religious establishment, and most of all in his own persecution.

Biblical scholarship has in recent decades revealed a more nuanced picture of the socio-economic conditions of Israel under Roman occupation. The Biblical scholar, John Crossan, notes the people whom Jesus saved were often suffering from disease and impoverishment because the Roman occupation was milking their land of resources. And like many who suffer from such poverty and social marginalization, they had high levels of mental illness and were ready for a savior, thus making early Christianity in many ways a response to occupation. Most Biblical scholars consider substantial portions of the Gospels to be fiction, but what matters is the Jesus Christians have come to emulate.

Christians have also been primed to support Israel, though. According to Biblical legend, when Moses led the Jews out of Egypt, God commanded them to commit genocide no less than five times. God repeatedly told them to kill every man, woman, child, and living thing as they conquered the Canaanites, Amalekites, and Philistines. Recent archeological digs have turned up little, if any, evidence of these massacres or, more generally, the exodus legend itself. Most historians and archeologists have come to believe instead that the Jews were indigenous to what is now Israel and Palestine. But three millennia later, the early Zionists reenacted the exodus myth when they took these lands by force. Fleeing from oppression, they once again ethnically cleansed native Palestinians and proclaimed their victory an act of God.

The Biblical mythos that underlay the Israeli national narrative of reclaiming the Promised Land probably accounts for a substantial portion of Christian support for Israel. But it is a narrative founded on a series of falsehoods that are increasingly being exposed. Israel was advertised as “a land without a people for a people without a land,” but the early Zionists took over existing and often ancient cities. They did not “make the desert bloom,” as is so often claimed, but rather took over lands that had been in continual agricultural production for thousands of years, irrigated with waters taken from occupied Palestinian territories.

Jews at the time of Christ struggled to formulate an effective response to the Roman occupation. The Zealots fought it, the Essenes sought to escape it, and the Pharisees collaborated in the interest of religious self-preservation. But Jesus was different: he did not resist the Roman occupation of Palestine, he undermined it. He undermined the occupation by placing God above the occupying power and by using love to abolish the distinction between occupier and occupied. He undermined it by challenging religious authorities that were accommodating the occupation and by presenting an alternative vision so compelling it would eventually win over the occupiers. While Jesus was crucified by the occupying power, the Romans ultimately adopted Christianity as their state religion. Jesus’ response to the occupation was unique and hard to replicate. And it is important to recognize that if Biblical scholars agree on anything about Jesus it is that he was a Jew. But it is a model that might inspire Christian support for Palestinians, and this support may be crucial to ending the occupation.

Jesus represents a sort of middle way between violent resistance, passive acquiescence, and collaboration. There is no one-state or two-state solution in the teachings of Jesus. He challenges worldly powers without giving worldly solutions. He protests Roman rule through humility. The Biblical scholar Marcus Borg points out that he entered Jerusalem on the back of a donkey, for instance, on the same day as the annual Roman celebration of their power. Jesus often appears in the Gospels as a sort of anarchist, who places his faith in a higher principle of order than any humans might create. And it is just this faith that “might move mountains.” Jesus opens the way to a transformation of the heart that might ultimately bring down inner and outer walls alike. But he challenges power at every turn. Oppressed from within and from without, in a culture prone to implosion, it is a model Palestinians would do well to consider.

Meanwhile, a more historically grounded notion of Jesus challenges Christians to step out of their comfort zones and seek a higher and more just order of human affairs. It challenges anti-occupation activists to look for a wider range of forces that might ultimately erode Israeli power. And it challenges global powers to reconsider the nature of power itself. Like most scriptures, the Gospels give no definite response to power. But a more historically grounded exploration of the life of Jesus reveals a powerful if unusual Palestinian ally, sacrificing himself in an epic confrontation with occupying power and occupied collaborators alike—and ultimately winning.

Christians have been seduced by an Old Testament view of Israel profoundly at odds with the New Testament. Whereas the God of the Torah is a tribal God of vengeance, the Christian God is a God of love. It is a universal God, who commands forgiveness and is free of tribal affiliations. Judaism may be a progressive religion that has long evolved past its founding scriptures, but these scriptures both inspire and justify the occupation of Palestine. A focus on the real Jesus and his response to the occupation reframes everything. Palestinians have a friend in Jesus and we would all do well to make use of his unusually powerful connections.