5 Fears that Keep us Single. 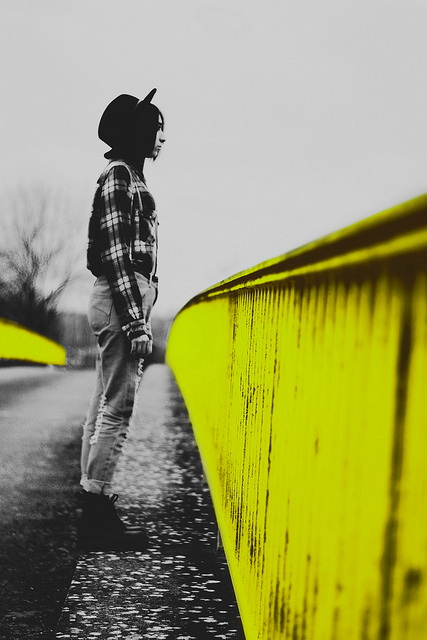 This article originally appeared on MeetMindful. elephant is proud to share their content, and we think you’ll love them just as much as we do. Happy reading! ~ Ed.

We come up with some nutty ways of torturing ourselves…including self-made fear. Start with fears that keep us single, one introspective moment at a time.

Fear is like sugar: a little bit tastes good at first, it’s heady and sweet. But once you try to eliminate it from your diet, you’re a long way in and discover it’s in nearly everything you eat. In the realm of relationships, this analogy applies if you’re single and looking to change your status: fear is everywhere.

I’m not offering the well-worn do-it-anyway adage, because the one thing we conveniently don’t talk about when we talk about love—and fear—is that we’ll never be rid of either. Because fear, like sugar, takes on myriad forms. It’s relative; it’s dangerous by degrees. Part of our reality is that fear, sugar, and romantic love have become such intimate aspects of the way we live, it will take no less than our conscious intention to reclaim our power from any one of them.

Last week my friend Alex and I enjoyed three leisurely hours together over a lunch we both agreed was long overdue. He and I met through mutual friends two summers ago and lived close enough that whenever we saw each other in the neighborhood, we’d suggest making plans neither of us ever believed we’d keep. Until last month. As it happened, we’d each been thinking about the other and promised ourselves to make good on our threats to connect the next time we met.

“I’m always the one helping other people solve their problems,” Alex said over his menu. “But I don’t want to be that guy who’s so comfortable alone that I make it hard for the right people to come through. It’s time to change that,” he said after a long pause. “I’m finally ready.”

I nodded, telling him how much I understood what he’d said, and that I shared his fear of winding up alone on account of being too comfortable in my own company. We skirted around our dating histories by offering vague accountings of the partners we didn’t get in the past (someone active, earthy, available) and what we’d do to make it right in the future (we’d initiate more, show up, be open).

By the time our check came, we’d forged what seemed like the makings of a solid friendship—along with what felt like the trimmings, maybe, of more—and so planned to meet again in three weeks’ time. We agreed to mark our calendars with the invite I’d send later that day, and he accepted almost immediately. It was sweet, the way we’d been able to connect after so much thinking about it, we played coy and confided our feelings to each other. No wonder I liked him instantly at our first meeting, I thought. He was engaging and every inch of him seemed active, earthy, and available. We connected and it was heady.

Two days later Alex declined the invitation he’d previously accepted—the one we both agreed on over lunch, the lunch that broke new ground and exposed us each toward the other in real ways that we couldn’t take back. I retraced our steps, which had been in synch until that moment: the chance meetings, simmering interest, real potential, and nothing. I hadn’t imagined it, had I?

My next thought: fear.

Fear is complicated. Not the healthy kind that saves us from fire and harm, but the kind that makes us second guess our hearts, doubt our desire and stay on the so-called safe side of risk where love’s concerned. Return to Love author Marianne Williamson writes, “Love is what we’re born with. Fear is what we learned here,” and the way it gets wired into us can make all the difference between the relationships we want and the ones we have.

Being single isn’t something to get over or cure like a band crush or grim diagnosis, but if being in relationship is what you want, yet you find yourself repeatedly stopping short at the same barriers to connection, then it’s important to pull the curtain on your patterns and see your fear for what it is.

Your fears will be unique to you, but here are some perspectives on common themes that wreak havoc on our relationships:

Sure, there’s fear of other people leaving us, and we can trace it back to the womb or our lack of lap time, but what if this one has more to do with resistance to leaving your old crutches of excuse behind? Who might you be without them?

…Follow us over to MeetMindful to continue reading 5 Fears that Keep us Single!